Kerry Ray King also known as a Kerry King is a famous rock star all over the world. Kerry was born on 3 March 1964 in Los Angeles, California. Kerry has performed in many numbers o shows in different bands. Kerry King has married thrice. Currently, he is married to Ayesha King. 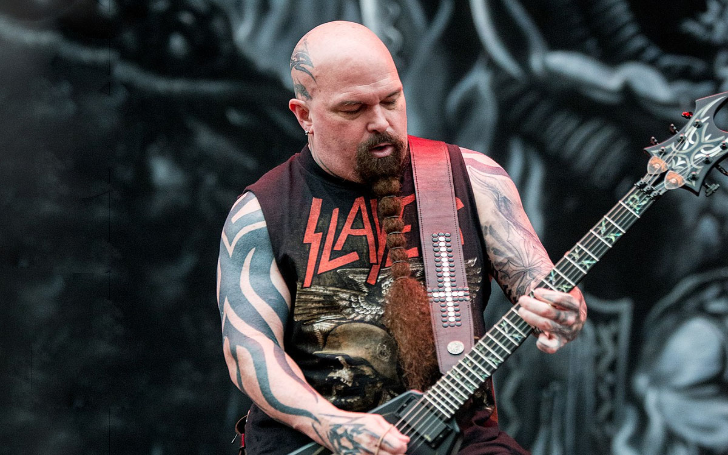 Kerry King is a famous musician based in the United States of America. Kerry is mainly known as a rock star and a renowned guitarist. King carries the persona of a True Rockstar and has amassed a huge following through his performances.

He has a massive fan following all over the world. On March 3, 1964, Kerry was born in Los Angeles, California.

Discover the mysterious life of the Rockstar and how he found the way to Stardom.

Kerry King is a son of an aircraft parts inspector and an employee of the telephone company. Kerry King’s full name is Kerry Ray King. He was born and grew up in Los Angeles, California.

He completed his study at Warren High School, California. Kerry was compassionate to music from an early age. He did his guitar class from Calvamo’s Music classes in South Gate.

Kerry was good at studying in his school days. But as he was more interested in music, he started his career as a guitarist from an American thrash metal band, Slayer.

He also got an opportunity to work with Jeff Hanneman, and when in 1981, they founded a band together. Kerry has given his appearances in many different bands. He also played guitar got the soundtrack for Spiderman in 2002, a big movie banner like a motion picture.

Taking about Kerry King’s personal life seems like his marriage life is not staying stable. Kerry has married thrice in his life till now. King has been divorced twice.

He has a daughter named Shyanne Kymberlee King with his first wife. Currently, Kerry is married to Ayesha King. The couple seems happy together.

Once in an interview with Blabbermouth.net, Kerry said,

“I don’t have a life philosophy. My thing is just rebelling against pretty much-organized religion. That is my main thing because I think it’s a crutch for people that are too weak to get through life on their own. I’m the kind of guy that says if I don’t see it, then it doesn’t work. And nobody can show me, God.”

Kerry King’s wife Ayesha King was born on June 30, 1977, in the United States of America. Ayesha is a fashion model and social media personality.

She belongs to one of the wealthiest families. Ayesha and Kerry got married in December 2021. She is the third wife of Kerry King and stepmother to Shyanne Kymberlee King.

Moreover, Ayesha King is likely the biggest fan of her husband. She enjoys him playing the guitar. Even both couples have a lot of similarities. They both share the same love for tattoos.

Did the couple move to New York?

Recently the couple has moved to their new house in New York City. And the couple seems so happy to be residing in the best city in the world.

Kerry King is a successful Musician and guitarist. He gives guitar soundtrack to giant movies banners and music albums as he has enormous fans worldwide and participates in lots of concerts in America and International programs.

We can assume guitarist Kerry earns pretty well from his profession as a guitarist. Kerry’s net worth is estimated to be around $10 million as of 2022.

All his incomes are from producing several music albums, which won the hearts of millions of his fan worldwide.

However, as per the report, Ayesha King’s net worth is around $4 million. Ayesha made such wealth from her primary career as a family member.