Naomi Kyle is the US-based Canadian gamer who is best known as the on-air host for IGN Entertainment’s video productions. She has been hosting IGN’s award-winning video series, ‘The Daily Fix’, since 2011. She had been a successful model for a period of time and featured in companies such as Adidas, Guess, and Virgin Mobile. 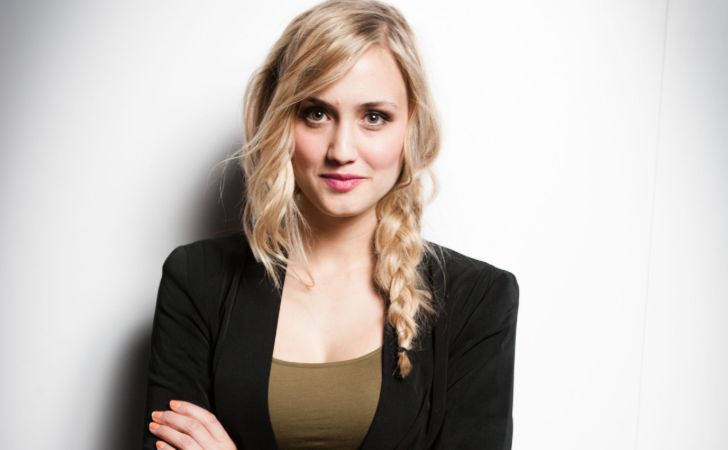 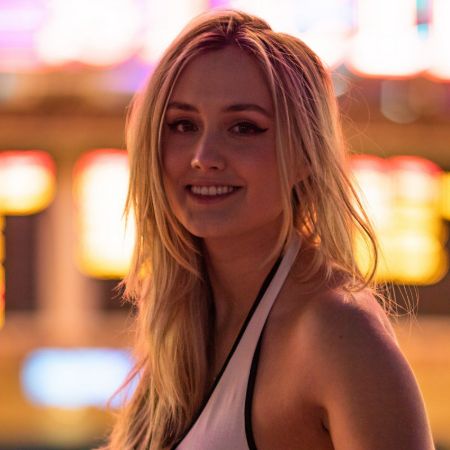 Naomi Kyle is an on-air host for the gaming website IGN. She joined IGN in 2011 after being sent to San Francisco by the company. She formerly worked as a podcast host for Gameloft and AskMen host on their series The Daily Brief. Also, Kyle appeared as a model in campaigns for Virgin Mobile, Adidas, and Guess.

On January 13, 1986, Naomi Kyle was born in Sainte-Agathe-Des-Monts, Quebec, Canada. She is of white ethnicity and Canadian nationality. Naomi went to Dawson College in Montreal after finishing high school to study music and movies.

The US-based Canadian gamer shared her childhood with the company of her two brothers. Although she keeps her family’s information away from the media, Naomi frequently updates her social media profiles with posts about them.

On February 7, 2014, Naomi showed her love for her family by posting a nice childhood photo to her Instagram account. In the shot, Kyle and her two brothers were in matching pajamas.

Is Naomi Kyle married or in a relationship with her boyfriend?

Naomi Kyle is one of the celebrities that constantly flaunts her dating status. Her Twitter and Instagram accounts are mostly filled with posts about her and her boyfriend. So, who is the lucky man?

He is none other than Kyle O’Connor, best known as the social media manager at Blizzard Entertainment. The duo has been together since 2015. In January, O’Connor shared the picture with his girlfriend and captioned the photo, “going on seven years with this ultra babe.”

Moreover, the girlfriend and boyfriend never miss the chance to show their love for each other. On October 21, 2020, the on-air host shared a picture and wished him a happy birthday.

As of now, the couple is enjoying their love life.

Naomi Kyle is a well-known woman in the gaming industry. The US-based Canadian gamer is famous as the on-air host for IGN Entertainment’s video productions. Since 2011, she has hosted The Daily Fix, an award-winning video series on IGN.

Not only that, but she is also a successful model. She has been featured in national and international ad campaigns for Adidas, Guess, and Virgin Mobile. She collaborated in a video shoot for Elegant Wedding Magazine in 2010.

Moreover, she also tried acting. She starred in a television mini-series called “Project: SERA” alongside Julia Voth. In 2014, Kyle played in a Netflix documentary, Atari: Game Over. She appeared as a guest star in the biographical film Batkid Begins the following year.

The net worth of Naomi Kyle

Naomi Kyle has a net worth of $1 million which she made through her successful career as an actress, model and host of on-air for the gaming website IGN.

Kyle has earned a substantial sum of money through various jobs and is now living a comfortable lifestyle with the necessary pleasures, just like Odessa A’zion and Isaiah Jones Koenig.

Kyle has the perfect height and a beautiful body, looking at her body statistics. She has a slim body structure. She is 5 feet 6 inches tall, or 1.6 meters. Kyle has brown eyes, and her hair is blonde.