Kristen Doute is an American businesswoman, reality star, and author who is well identified as one of the cast members of the reality T.V. series Vanderpump Rules, a spin-off of the Real Housewives of Beverly Hills. 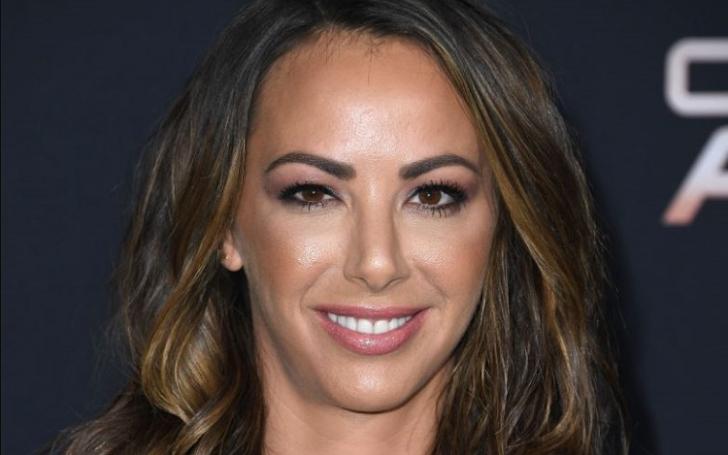 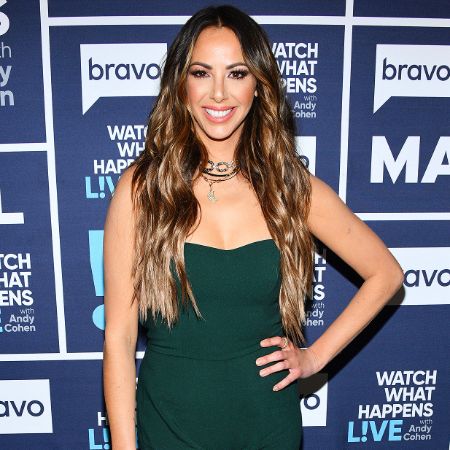 Kristen Doute is an American businesswoman, reality star, and author who is well identified as one of the cast members of the reality T.V. series Vanderpump Rules, a spin-off of the Real Housewives of Beverly Hills.

On February 19, 1983, Kristen was born in Dearborn, Michigan, USA. Kristen is quite secretive, so the information regarding her parents is lacking in the media. As of her Instagram post, she has a brother named Ryan Doute. As of now, the talented and beautiful Doute is earning much fame from her professional work.

Besides professional work, Kristen is also grabbing media recognition for her romantic involvement with several men. What is her present relationship status? Is she dating someone at the moment, or is she living a single life? Know about it in the following sections.

The 37-years-old reality star Kristen is in a romantic relationship with her new love partner Alex Menache. She revealed the news of her relationship with Alex back on March 14 via Instagram live, saying, “The boy that I’m dating is not in the country at the moment, so hopefully he makes it back.”

Menache was also opted along with Doute back on April 14 on Scheana Shay’s “Scheananigans” podcast. As per U.S. Weekly, Alex is from the Valley, and he owns a lot of apartment buildings in the L.A. area. The source also claimed that he likes a girl with a sense of humor and wants to get married and have kids soon.

It seems like Alex ad Kristen is having a good time together and are sharing a healthy bond. The pair will soon share a glimpse of their married life one day as she said, “He is a nice guy that our whole friend group knows.”

On & Off Relationship Of Kristen Doute

Before sharing an intimate life with Alex, Kristen previously dated a guy named Brian Carter. Carter and Doute faced many ups and downs while they were in a relationship. Their on-and-off relationship was also featured in season four of Vanderpump Rules.

Briana and Carter separated back in September 2019. After the month-long separation, the two again re-united to co-parent their dogs. Kristen revealed that their dog is currently living with her. However, even after the reunion, the lovebird didn’t remain on good terms and in January 2020, confirming the separation, she said,

“I have nothing but love and respect for Brian. He’s always going to be one of my best friends in my mind. I’ve moved on. I believe he’s doing the same.”

Tom and Kristen dated for four years, and now they are sharing a good bond as a friend. They also shared numerous pictures on their official social accounts. For information, Tom is dating his girlfriend, Ariana Madix.

As mentioned above, Kristen Doute is also a well-known businesswoman who co-founded the clothing line called ‘James Mae.’ Date launched the company back in 2014. She again expanded the product line and re-launched it back in 2019 in collaboration with the business partner Magen Mattox.

The line featured shirts and, Sweatshirt for both men and women. Besides this, Kristen also runs a wine company called ‘Witches of Weho.’ Kristen and her Vanderpump Rules co-stars Stassi Schroeder and Katie Maloney-Schwartz launched it back in 2019 in collaboration with the company called Nocking Point.

The businesswoman and reality star Kristen has a net worth of $1 million in total, which she has accumulated throughout her professional career. Kristen’s prominence rocketed to fame after she got an opportunity to appear in Bravo’s latest show, Vanderpump Rules.

Doute has also worked in movies and T.V. series like Behind Your Eyes, 23 Minutes to Sunrise, Summer House, and Blood on Canvas. Besides, she has also made a guest appearance in the shows like Home and Family, Watch What Happens: Live, Hollywood Medium, and LadyGang.

Apart from these, Kristen Doute is also an author who has authored the book named ‘He’s Making You Crazy: How to Get the Guy, Get Even, and Get Over It.’ The book was published on June 2, 2020, and is available on Amazon. Furthermore, Kristen lives happily and lavishly at her house in West Hollywood, California, which she bought back in May 2019 at $1 million.

Another Vanderpump Rules cast, Brittany Cartwright, has a net worth of $500000. She is happily married to the co-star Jax Taylor and is also a best friend of Kristen Doute.