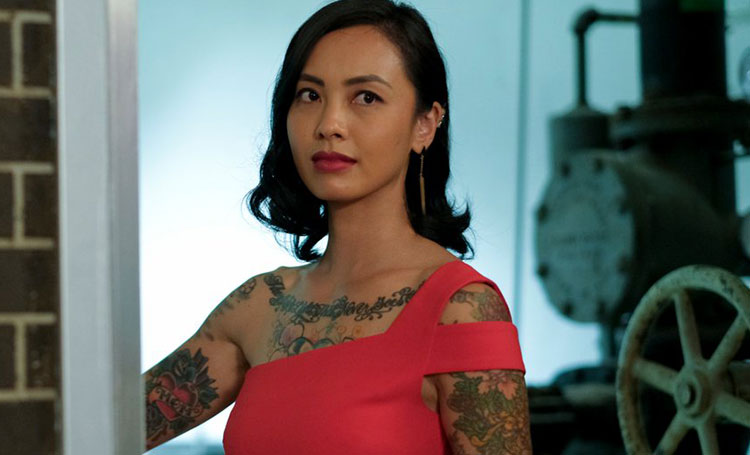 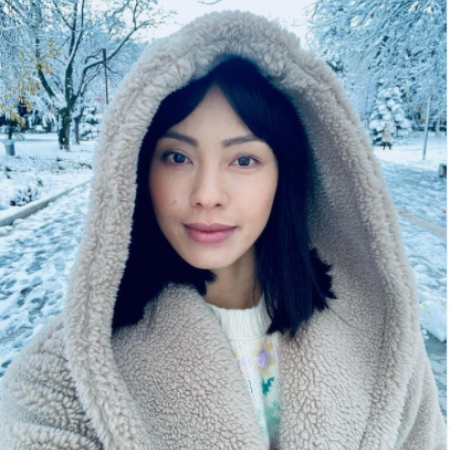 The model turned actress, Levy Tran is best known for her tattoos. Besides, she is also equally popular for her roles in The First Purge, Guy Code, and Furious 7. She will be starring in season 4 of the famous ABC series, MacGGyver.

What is the current relationship status of Levy Tran?

Tran is possibly single as of now and her dating rumors also never swirled on media hearsay except Deadpool actor, Ryan Renolds. Though she romances several actors on-screen but in real life, she is yet to found her Mr. Perfect.

The actress is quite private about her personal life especially when it comes to her love life which might be the reason, she never spells a bean about it on media. It seems she is now busy with her upcoming projects.

The 36-year old actress is really close to her Basset Hound dog named, Carlos Tran. She even loved to call herself Carlos mummy and often take him with her wherever she has to go to work.

Most of Levy’s Instagram posts also dedicated to her pet or it isn’t wrong to say a maximum of pictures is with only Carlos. Moreover, her dog has a separate Instagram account which is handled by the actress herself.

Levy is popularly known for her tattoos around her body. She first inked her body at the age of 18 which she partially regrets. Moreover, her favorite tattoo on her body is a zombie one because she believes it is really artistic.

Levy is active in the film industry since 2011 appearing in dozens of filmographies which helps to add more sum to her total earnings. She holds a net worth of around $500,000-$1 million. More to that, she might receive $80,000-$100,000 from her screen appearances.

Previously, she worked as a model and the average salary of a model is $42,180, so, she might earn the same figure. Besides, she was a part of the seventh installment of Furious 7 along with Vin Diesel, Swayne Johnson, and others. The movie collected $1.516 billion against the budget of $190 million.

You may visit favebites for more interesting articles.