Lindsay Lohan, In A Marital Relationship With Bader Shammas 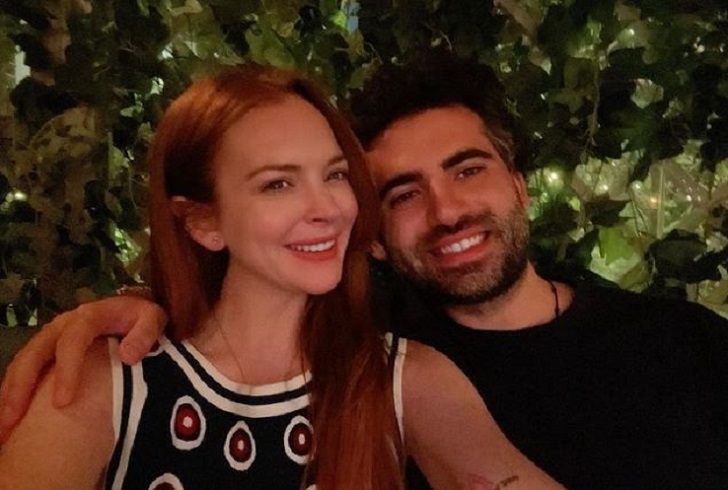 The multi-talented American personality Lindsay Lohan is a successful actress, model, and singer. Lohan has released two studio albums, Speak and A Little More Personal (Raw), that have received RIAA Platinum and Gold Certifications. She has recorded songs such as Rumors, Confession Of A Broken Heart, etc. Likewise, Lindsay has acted in Mean Girls, Ugly Betty, The Parent Trap, etc.

She was born Lindsay Dee Lohan on July 2, 1986, in New York City to the American television personalities Micheal Lohan and Dina Lohan. Lindsay’s parents are already divorced. The actress/singer has two brothers, Michael Lohan Jr and Dakota Lohan, and a sister Aliana Lohan.

The Freaky Friday actress recently made a highlight in the media tabloids for her romantic life. She secretly tied the knot with her beloved one confirming it via Instagram. Get the details of Lohan’s marital life in the following sections.

Who Is Lindsay Lohan’s Husband?

Bader, recognized as Lindsay’s husband, enrolled at the University of Tampa, Florida, receiving a Bachelor’s degree in Finance. Similarly, Shammas also has a mechanical engineering degree from the University of Florida. Unlike his wife, Lohan, Bader is inactive on social media platforms. He prefers a lowkey life.

The 36 aged actresses Lindsay’s romance rumors with her now-husband Bader arose in February 2020 after she shared a group picture on her Instagram from the Music Festival, writing, “lovely night with sister and my boyfriend Bader, such a magical night.” However, the post is now-deleted.

The posts grabbed much media attention, and the romance rumors circulated all over the media. However, Lindsay never confirmed her relationship on her social media platforms. She remained tight-lipped until she shared her engagement news, making her followers shocked and surprised.

On November 28, 2021, Lindsay shared pictures with her then-fiance (now hubby) Bader, announcing the engagement. Flaunting pictures of her diamond engagement ring and partner, she wrote, “My love [and] life My family. My future. 11.11.21,” in the caption.

After startling people with her engagement, the actress Lohan shared her wedding plans to Extra in February 2022. Lindsay said, “I’m more low-key. I’m looking at destinations. I’ve already started talking to a friend of mine about the dress… But I want to do things right, and I want to pace everything.”

Later, on her 36th birthday, Lindsay shared her wedding vows with Bader on July 2, 2022. She shared a sweet birthday message and mentioned Shammas as her “husband.” She wrote, “I am the luckiest woman in the world. You found me and knew that I wanted to find happiness and grace, all at the same time. I am stunned that you are my husband. My life and my everything. Every woman should feel like this every day.”

As mentioned above, Lindsay prefers a secret marriage. So, the details of their wedding are missing.

Stay Tuned With Favebites For More