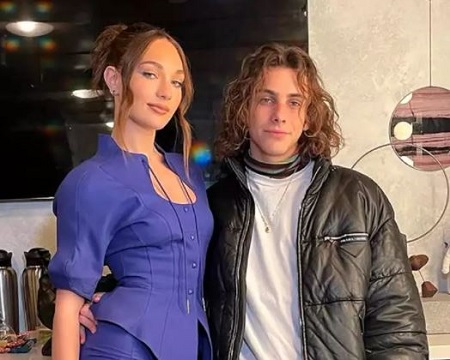 What are the keys to success? Hard work and determination, of course, right? Many personalities now live successful professional lives because of their struggle and commitment to work. Like others, Maddie Ziegler is also the one.

She is now walking a success ladder. She has been in the entertainment field since the age of 8. The dancer, actress Maddie, is probably popular as the main cast of Dance Moms, a reality series. Ziegler undoubtedly makes an impressive wealth and immense popularity from the professional works. Now, let’s know about her love life.

Who Is Maddie Ziegler Boyfriend?

The 19-years-old West Side Story actress Maddie is in a romantic relationship with Eddie Benjamin. Ziegler’s boyfriend Eddie is a singer and songwriter. Eddie has released songs such as Speechless (ft. Maddie), Diamond Eyes, back To Black, Emotional, etc.

Maddie is very happy in her relationship with Eddie. During an interview with Entertainment Tonight, Ziegler said, “I feel very excited every day that I get to date him. We were best friends for a really long time before we dated. It’s like I’m just hanging out with my best friend every day. It’s honestly the best. I love it.“

How and when Ziegler and Benjamin met is unclear. But, they began their relationship in late 2019. In March 2020, the couple confirmed their relationship publicly via Instagram post. Maddie shared a picture with Eddie saying, “we’re sending everyone calm and positive vibes.”

This sweet couple has already celebrated their 2nd Valentine together. Additionally, Benjamin and Ziegler have also featured on the cover of Harper’s Bazaar September Issue. Similarly, they never miss a chance to share pictures on their respective Instagram account.

Likewise, there was a rumor that in late 2018 Maddie was linked with Kailand Morris. Kailand is the son of singer Stevie Wonder. Ziegler used to share pictures with Morris on her social sites. However, they never confirmed their relationship.

Moreover, Maddie shares a close bond with her best friend, Cameron Field. She also shares pictures with him.