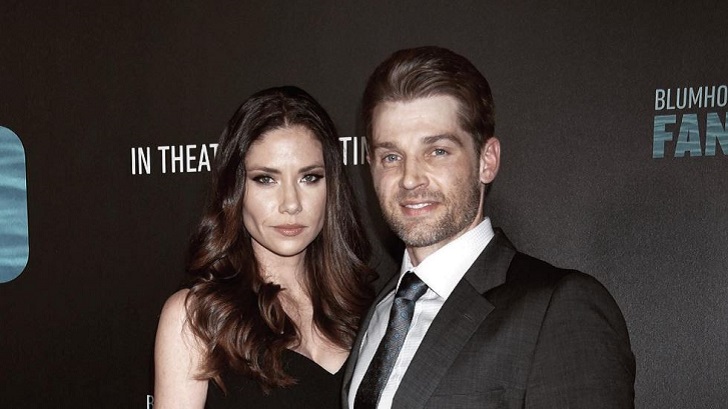 Since starting his career, Mike Vogel has continued to gain stardom and attract audiences through his acting credits. The American actor Mike won the Screen Actors Guild Award for Outstanding Performance in the comedy-drama The Help. His other notable credits include Under the Dome, The Brave, etc.

The actor was born Michael James Vogel on July 17, 1979, in Abington Township, Pennsylvania. Mike is the elder brother to his siblings, Kristin Vogel and Daniel Aaron. Vogel started his career in 2001 and rose to fame after playing Andy in the commercially hit movie The Texas Chainsaw Massacre, which collected $107.4 million under the budget of $9.5 million.

Mike’s current professional life is running smoothly and prosperously. But how is the actor’s marital life with his wife, Courtney Vogel? In the following sections, learn about Mr. and Mrs. Vogel’s decade-long matrimonial affairs.

The 5-feet-9-inch (175 cm) tall Mike’s now-wife born, Courtney Renee Raborg previously worked as a model. But she came to the spotlight after sharing her love life with actor Mike.

Courtney and Mike, who also has modeling experiences, first met in 2002 at the party. Later they were introduced by their mutual friends. Soon after knowing each other, Courtney and Mike did not delay to began their romantic relationship.

A couple who dated less than a year exchanged their wedding vows in January 2003. The details of their wedding are lacking as they planned to take their relationship to the next level in front of their family and friends in a low-key ceremony.

Unlike other Hollywood celebrities, Case for the Christ, actor Mike and his wife, Courtney, prefer to keep their marital relationship far from the media attention and spotlight. However, they currently share a perfect martial bond and sometimes jointly make their presence in public events.

“18 is a lot of things. It is the number of holes in a full round of golf. In Hebrew, 18 means “chai” or “Alive.” Literally, it means life. If you look at your right hand, the creases in your hand from the Arabic number “18” (look it up. It’s crazy). 18 is also the age at which most enter adulthood.”

Vogel added, “18 years ago today, this stunning woman and I walked down the aisle together when she was 18. We have lived half of her life, together. That’s so amazing to me. She loves Alf reruns and vegetables. I love Hogan’s Heroes reruns and steak. She LOVES the beach. I LOVE the mountains. But we LOVE each other. I am honored to walk this life with her. She is my “chai,” my “life,” and I cherish her. I love you, Courtney.“

Courtney gave birth to their first kid, a daughter, Cassy Renee Vogel, on February 20, 2007, after four years of marriage. Similarly, she and her husband Mike’s second baby girl, Charlee B. Vogel, was born on June 2, 2009.

The Fantasy Island actor Mike and his beloved wife Courtney are raising their kids jointly. Courtney does not have an official social networking profile, but actor Vogel has verified Insta account with 313 thousand followers, where he uploads pictures of his profession and family.