Niecy Nash Dating 2022? Detail About her Married Life and Relationship 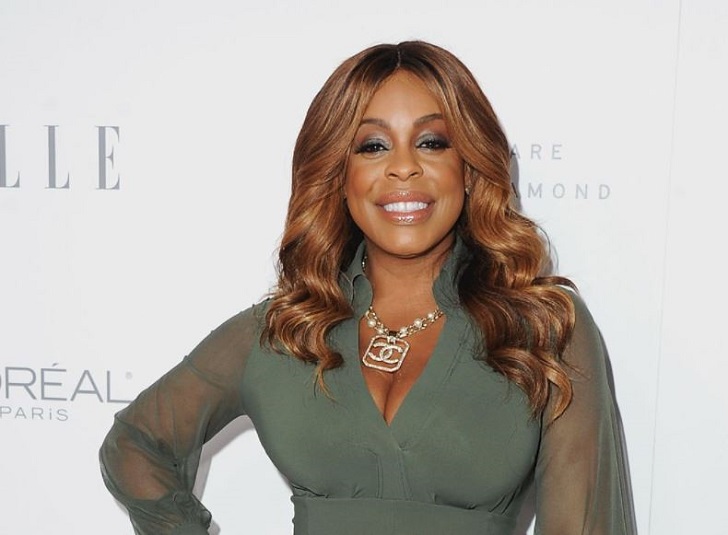 Carol Denise Betts, aka Niecy Nash, has been a member of the Hollywood Film Industry since 1995. Nash has portrayed her character in various successful movies and TV shows. Niecy is famous for playing Desna Simms in the comedy-drama series Claws, among her other characters.

Also, the Daytime Emmy Award-winning entertainment personality Niecy is recognized as the host of the interior design TV show Clean House. Nash lives a successful professional work, but what about her personal life? Is the actress a married woman as of 2022? Know about her love life details in the following sections.

In A Relationship With Jessica Betts

The 52-years-old actress Niecy is openly bisexual. After several failed relationships, the Scream Queens actress Niecy began her romantic relationship with Jessica Betts. The 39 aged Jessica is a Los Angeles-based singer who has released songs such as Catch Me, Holding On, etc.

Jessica and Niecy first encountered in 2015 on social media. From there, Betts and Nash shared a close bonding and began their friendship. Later, they change their company to a romantic relationship. On September 1, 2020, the Selma actress surprised her fans by announcing their marriage via Instagram post.

Although the couple shared the pictures in September 2020, they tied the wedding knot on August 29, 2020. She captioned their wedding image, “Mrs. Carol Denise Betts #lovewins.” Their outdoor wedding ceremony was held in Ventura County, California, attending their family members and close friends.

The bride Niecy wore a strapless embroidered fishtail gown by Lili Bridals. It also features a floor-length veil. On the other hand, Jessica dashes the look wearing a cream suit that includes a creamy waistcoat from Rockys Custom Clothes.

Since the wedding day, Mr. and Mrs. Betts are sharing a blissful bond as a perfect married partner. Sharing her marriage experience, Niecy said to People, “I don’t feel like my marriage is my coming out of anywhere, but rather a going into myself and being honest about who I love.”

Niecy’s kids are also into acting. Her only son Dominic, 30, is an actor and producer. Similarly, Donielle, 27, is an actress who has worked in Modern Family, Never Have I Ever, etc. Similarly, she is a businesswoman who runs D.Mikel & Co.

On the other side, Niecy’s younger daughter Dia has also experienced working in the TV series Monster: The Jeffrey Dahmer Story, Never Have I Ever, and Reno 911. The 23 aged Dia has more than 100 thousand followers in her Instagram account.

After parting ways from Dan, Niecy got engaged to Jay Tucker, an electrical engineer, in September 2010. Niecy and Tucker got married on May 28, 2011, following a year of engagement in Malibu. Jay and Niecy’s wedding preparations were featured in TLC’s TV special Niecy Nash’s Wedding Bash.

Everything was going fine; the formerly married pair shared a good bonding. However, on June 1, 2019, she announced her separation from Jay. Later, in October 2019, she filed for divorce in LA Superior Court. Later, the divorce was finalized on March 10, 2020.