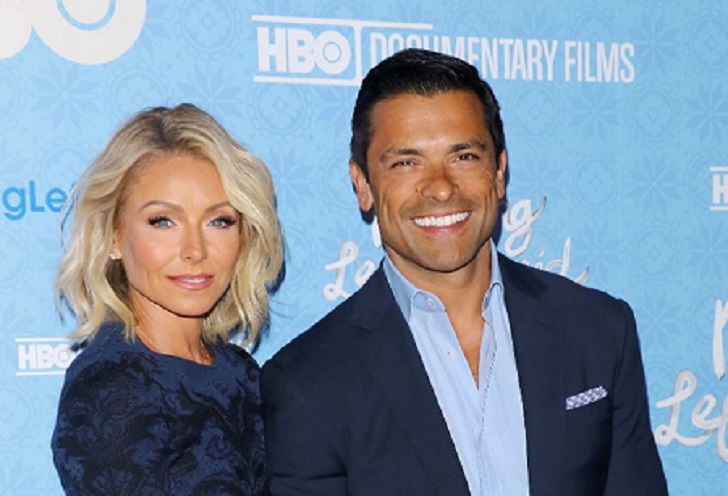 Many Hollywood couples fail to keep their relationship strong and long-lasting. But, Kelly Ripa and Mark Consuelos do not fall in the category. They are considered the best married pair in the film industry because of their successful two-decades-long marital bond. Ripa and Consuelos have been together since their struggling period.

As per Kelly, the secret behind their successful married life is “patience, perseverance, and compromise.” Now, let’s read the detailed information regarding Mr. and Mrs. Consuelos in the following sections.

Kelly Ripa And Mark Consuelos, All My Children Casts

The professional acting career helped Kelly to find a perfect life partner. She and actor Mark first met while filming the television soap opera All My Children in 1995.

In the ABC soap opera, Kelly played the leading role of Hayley Vaughan, and Mark has portrayed the main character of Mateo Santos. Mark and Kelly also received Soap Opera Digest Awards For Hottest Romance for their successful appearance.

After the first encounter, Consuelos and Ripa shared a good bonding. Soon, they began their romantic affair too.

Kelly and Mark exchanged the wedding vows after several months of dating on May 1, 1996. Their intimate wedding ceremony was held in Las Vegas in front of their dearest ones. Kelly walked down the aisle wearing a strapless gown. Likewise, mark opted for a black tuxedo with a white shirt and black bow-tie.

Since the marriage day, Kelly and her husband Mark are undoubtedly sharing a healthy bond as perfect married partners. They recently celebrated their 26th wedding anniversary. In one of the ‘Live with Kelly & Ryan‘ episodes, she revealed the secret behind her long and happy marriage.

Ripa said, “You’re going to fight; you’re going to have disagreements. Relationships, marriages are not sprints; it’s a marathon. There’s going to be like, mile 24 when you’re like, ‘I quit.’ But you just got to push through. Just push through.”

Their elder son Michael, 25, graduated in 2020 with a film degree from the New York University (NYU). His Instagram bio suggests he is an attempted director, occasional writer, and aspiring actor. Similarly, their only daughter Lola, 20, studied music at NYU.

Moreover, Kelly and Mark’s younger one, the 19 aged Joaquin, studies University of Michigan (MICH). There he is taking wrestling classes. Furthermore, Joaquin completed his high school at The Churchill School and Center.