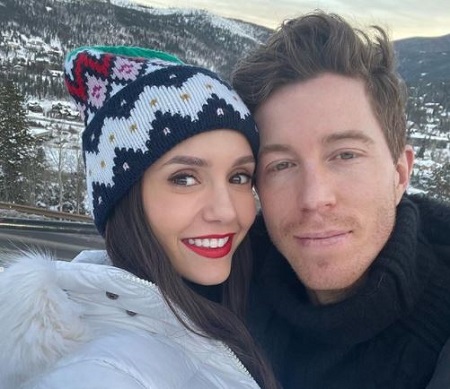 Nina Dobrev always amazes people with her acting skills; that might be the reason why she won the People’s Choice Award. The Canadain/Bulgarian actress Dobrev is known for playing Katherine Pierce on The Vampire Diaries.

Besides her professional life, Nina is also grabbing media attraction from her ongoing romance with Shaun White. Shaun is the Olympic gold medalist professional in snowboarder and skateboarder. Now, let’s get deep into actress and athlete’s romantic life.

The Loving Relationship Of Nina Dobrev And Shaun White

Degrassi: The Next Generation actress Nina first met the snowboarder in 2019. They were a speaker at an event for the motivational speaker Tony Robins in Florida.

After the successful end of an event, Dobrev and White went for dinner at a nearby restaurant. That was the time when Shaun got to know about Nina. Talking to People, Shaun said, “I actually didn’t know anything about her.”

Since then, Nina and Shaun began sharing a strong and good bond. Shortly after the good friendship, they start their romantic relationship without delay. The couple went public regarding their relationship in May 2020. However, they were dating the month before announcing publicly.

As of now, Shaun and Nina are sharing a healthy bond like the perfect couple. They visit many exotic places together spend quality time together. Additionally, the pair never misses a chance to flaunt pictures on their Instagram account.

The actress Nina and actor Ian Somerhalder first met in the set of The Vampire Diaries. In the supernatural drama series, Somerhalder, 43, has played the leading role of Damon Salvatore.

After the first encounter, Nina and Ian shared a healthy bond and soon began their romantic affair. The former couple was perfectly dating. Everything was going fine; however, in 2013, they ended their relationship.

The exact reason behind their split is unclear. Even after the separation, Nina and Ian remained friends and continued to work at the series. Moreover, Ian has been married to actress Nikki Reed since April 26, 2015. Additionally, they have a daughter named Bodhi Soliel Somerhalder.