Olivia Kate Cooke is an English actress. She is known for her starring roles as Emma Decody in the A&E drama-thriller series Bates Motel (2013-2017). And Becky Sharp in the period drama miniseries Vanity Fair (2018). 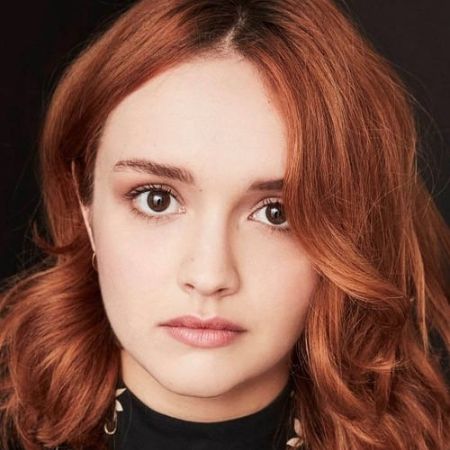 Olivia Kate Cooke is an English actress known for her roles as Emma Decody in the A&E drama-thriller series Bates Motel (2013-2017).

And Becky Sharp in the period drama miniseries Vanity Fair (2018). She also starred in the Horror movie Ouija (2014) and the comedy-drama film Me and Earl and the Dying Girl.

Let’s know about the Relationship, Net Worth, Early Life, and Career of the English actress Olivia Cooke.

The Early Life and Career of Olivia Cooke

On December 27, 1993, Cooke was born in Oldham, Greater Manchester, United Kingdom, to sales representatives Lindsay Wilde and retired police officer John Cooke. The Actress’s parents separated when she was a child, and she and her younger sister Eleanor Cooke lived with their mother.

The Actress started acting when she was eight years old at Oldham Theater Workshop, an after-school drama program in her Hometown. She attended Royton and Crompton Academy and studied drama at Oldham Sixth Form College, leaving before the end of her A-levels to appear in the drama series Blackout.

The Actress starred as Maria in a college production of West Side Story and landed a leading role for the Workshop in Prom: The Musical, a remake of Cinderella. Beverley Keogh, a casting director, secured her television roles. She starred in all three BBC miniseries production in 2012: Blackout, as the daughter of Christopher Eccleston’s character.

She has also starred in the anticipated HBO series Game of Thrones prequel House of the Dragon.

Ready Player One is one of its most popular movies of Cooke. It is an American science fiction adventure film based on Ernest Cline’s novel and directed by Steven Spielberg. The movie starred Tye Sheridan, Olivia Cooke, Ben Mendelsohn, T. J. Miller, Simon Pegg, Mark Rylance, etc.

It premiered at Southwest in Austin, Texas, on March 11, 2018. Warner Bros Pictures theatrically released them in the United States on March 29, 2018. The film received positive reviews. The viewers praised Spielberg’s direction, the visual effects, and the performances of all the cast.

The budget of the movie was around $155-$175 million. It grossed around $583 million worldwide and earned a nomination for Best Visual Effects at the 91st Academy Awards, 24th Critics’ Choice Awards, and 72nd British Academy Film Awards.

The Ouija actress’s Net Worth is around $5 million, and she earns over a million as a salary annually; however, her net worth is comes from the success in her career as an actress and for starring in hit movies such as Ouija, The signal and Ready player One.

The Actress has a lot of hit movies like Ready player, which has grossed over $583 million worldwide. And the salary Cooke was around $1 million.

The average salary of British Actors is around £27,300 a year. Entry-level positions start at £21,333 per year and £51,853 for most experienced workers in the industry.

With a Net Worth of almost $5 million, Cooke is living a lavish life of a millionaire.

The gorgeous and talented Actress Cook has gained huge fame within a short period. Amidst their popularity,y the Actress has always successfully kept her personal life far away from the limelight and public eyes.

The English Actress was in a relationship with American actor Christopher Abbott.

Since Olivia opts for privacy in her love life, the pair tried to keep their relationship private after they began dating in 2015.

They made their public appearance as a couple by attending the 2016 Film Independent Spirit Awards together. She came to support her then-boyfriend, nominated for the best male lead in James White.

The Actress was most recently in a relationship with Bohemian Rhapsody, also professionally known as Ben Hardy. The rumor of their first sparked when they were spotted enjoying a romantic stroll in London in March 2020.

The couple kept their relationship private, but in September, the news of their separation broke. They parted their ways.

Some other interesting facts about Olivia Cooke

The Actress has even won the Best Actress For Ruby’s Skin during the 2014 Eerie Horror Film Festival Awards. And during screen international, she also won the UK stars of Tomorrow award.

The beautiful Actress is about 5 feet and 4 inches tall. And she weighs about 54 kg and has brown hair and brown eyes. Her body measurements are 33-24-31.

Her birth date is December 27, 1993, which makes her a Capricorn zodiac sign.