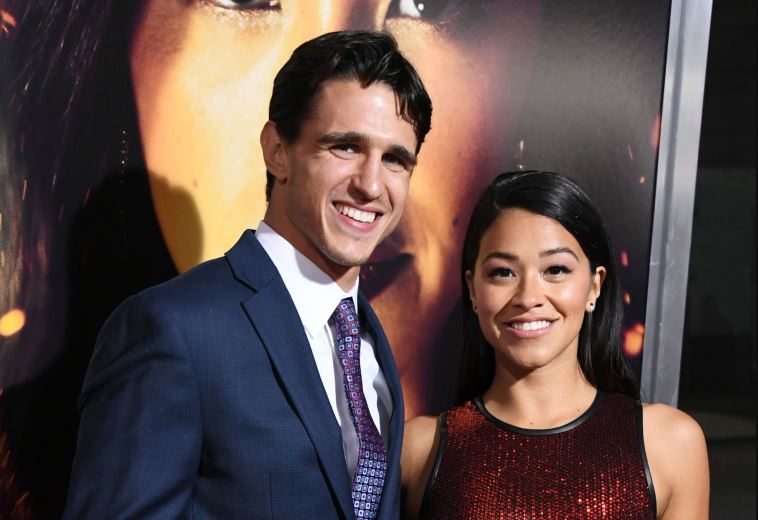 Joseph ‘Joe’ LoCicero earns wide media recognition for being a celebrity husband. He is non-other than the supportive, caring husband of Hollywood entertainer Gina Rodriguez. LoCicero’s prominence rises to fame after sharing her intimate life with Rodriguez.

Besides earning fame as a celebrity husband, Joe also lives a successful professional life. Like his wife Gina, Joe, the Long Island, New York native, is also a part of the Hollywood Film Industry. Let’s read the article till the end to get the detailed information regarding Joe.

The 35-years-old Joe is a professional actor who has been credited in several movies and TV series. LoCicero’s IMDb profile suggests he has featured in Kingdom (MMA Fighter), The Bold and the Beautiful, Just Swipe, Doogie Kamealoha, M.D, Cop Chronicles and others.

The 6-feet-1-inch (185 cm) tall Joe’s beloved wife, Gina Rodriguez, has been living a successful acting life since 2004. Rodriguez’s active participation in movies and TV shows has helped her gain immense popularity and earn an impressive wealth.

Jane the Virgin, this series not only helped Gina boost her acting career but also became a medium to find a perfect match with whom she is still sharing a healthy bond. Joe and Gina first met while working together in Jane the Virgin. In the series, Joe played the character of Alein Soldier Man.

After half a year, Gina and Joe began their romantic relationship. In an interview on The Tonight Show starring Jimmy Fallon, Rodriguez said, “I met him six months later at a boxing gym after we shot together. It was the boxing gym that brought it together.”

Rodriguez and LoCicero’s Instagram posts seem like they got engaged following two years long dating. Joe popped the question on Gina’s 34th birthday in July 2018 while they were at Hotel Casa Malca, Mexico.

The duo officially did not share the news of their engagement on their social sites. But, on July 30, 2018, Joe shared a series of images with Gina wishing on her birthday, where the diamond on her ring finger is flawlessly reflected.

Gina and Joe decided to take their relationship to the next level by marrying on May 4, 2019. Their intimate outdoor wedding ceremony was held in attendance of their close ones. The New York-based event planning and design company Cotoure Concepts composed and planned their wedding.

Likewise, Sylvain Vincent managed their wedding photography. The bride Gina wore a sleeveless silk gown from Pronovias. She paired it with a beautiful tiara and diamond earrings from Lajoux‘s Eternity Huggies + J and G ABC Initial Diamond Charms. On the other side, the groom, Joe, walked down the aisle wearing a blue tuxedo.

Gina revealed the news of their wedding via Instagram account, saying, “May 4, 2019, was absolute MAGIC. To my husband Joseph, I am yours forever.” Since the big day, Mr. and Mrs. LoCicero have shared a healthy bond as perfect married pairs. They are already married for three years as of May 2020.