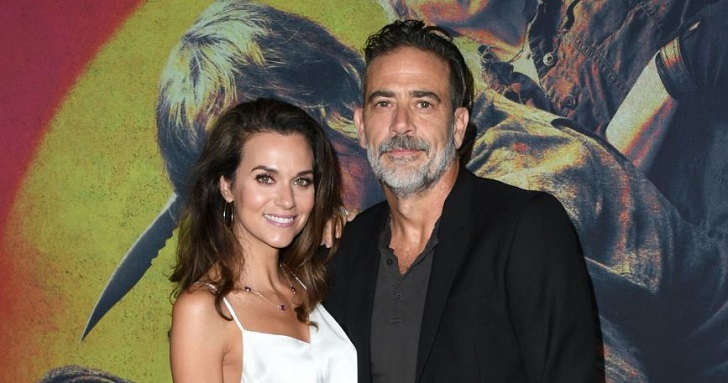 The Sterling, Virginia native Hilarie Burton is enjoying her professional acting life. Her presence in various movies and TV series can describe her eminence in the field. In the American drama series, One Tree Hill, Burton portrayed the leading character of Peyton Sawyer, for which she still receives a positive appraisal. Not only that, but for the series, Hilarie also received Teen Choice Awards-nomination.

Besides actress, Hilarie is also a businesswoman. She is Samuel’s Sweet Shop, Rhinebeck, New York co-owner. Burton’s professional work has helped her maintain a lavish and limelight life. As of 2022, she has an approximate net worth of $5 million per celebrity net worth. Besides all these, what is the actress’s wedding life? Know the details regarding her family life down below.

If you have watched the horror television series The Walking Dead, you might have heard about its fictional character Negan. The role is portrayed by no other than renowned critically acclaimed American actor Jeffrey Dean Morgan. For the portrayal, Jeffrey also received the Critic’s Choice Television Award for Best Guest Performer in Drama Series.

Similarly, Morgan’s role as John Winchester/Azaze in Supernatural, Edward Blake/Comedian in Watchmen, and Clay in The Losers, among other credits, is highly appreciable. The artists such as Sydney Meyer, Marcus Rosner, and Jewel Staite have worked in The WB/CW series Supernatural.

The 6-feet-1-inch (185 cm) tall Hollywood entertainers Jeffrey Dean and Hilarie have featured in the ABC medical drama series Grey’s Anatomy as Denny Duquette and Dr. Lairen Boswell. Similarly, Morgan and Burton can be seen playing the main role and recurring roles of JD Richter and Anna Schaefer in the sci-fi drama series Extant (2015). Likewise, Hilarie has worked in an episode of The Walking Dead as Lucille. Moreover, Jeffrey and Hilarie are passionate farmers who own Mischief Farm.

Met In The Date Set By Mutual Friends

All thanks to Jeffrey Dean’s co-star from Supernatural, his good friend Jensen Ackles, and his wife, Danneel Ackles, who became a medium of Hilarie and Jeffrey’s first meeting. Not only Jeffrey but Jensen and his actress and model wife Danneel is also a friend of Hilarie.

Hilarie and Jeffrey first met on a blind date set by Jensen and Dannell in May 2009. Jeffrey told HuffPost about how they met, “I happened to be single, and Jensen said, ‘I’ve got a girl you should meet. So, I went to a bar and I met Hilarie at a bar with Jensen and Danneel, and the rest is history.”

Soon after getting introduced by friends, Burton and Morgan began a good bonding and “ended up back at my [Jeffrey] house drinking shots of tequila.”

As of now, 12-years-old Gus and his younger sister George, 4, are living in the limelight because of their celebrity parents. Like, Nicole Kidman and Keith Urban’s daughter, Sunday Rose Kidman Urban, the Morgan siblings also garner media fame as star kids.

Furthermore, in 2009 the American actress and filmmaker Sherrie Rose said she shared a son with the actor Jeffrey Dean. However, the news is still unclear as Morgan never confirmed it.

After more than a year-long giving birth to a second baby, Geroge, the Council of Dad actress Hilarie and her longtime boyfriend Jeffrey decided to get married on October 5, 2019. Their wedding happened at The Bowery Hotel, New York, in attendance of close ones and their son and daughter.

Saison Photography handled their wedding photographs. Similarly, Jensen and his wife Danneel were witnesses of their marriage.

The bride Hilarie looked gorgeous on her wedding look, wearing a strapless Carol Hannah Bridal Gown styled by Jeanne Yang. Similarly, Hilarie paired it with hoop earrings. On the other side, the groom, Jeffrey Dean, wears a black floral embroidered suit and waistcoat with a white shirt and a black tie.

“Jeff and I just want to put it out there that WE GOT MARRIED! For real. We’ve lived as husband and wife for a decade. We’ve built a family, and a farm and found our community. From the moment I met @jeffreydeanmorgan, he was my husband. Rather than make vows right out of the gate, we lived them. For over ten years. The good times and the bad. Standing up there with our children at our sides – celebrating all that has been – was bliss.”

Similarly, Jeffrey wrote, “I’d say words… but there aren’t any. Mrs. Morgan, I love you. Thank you for making me the luckiest man in the world,” uploading their beautiful wedding snap. Currently, Hilarie and her husband Jeffrey are living a merciful married life and have already celebrated their 2nd wedding anniversary.