Panora Todd is an English reality star, writer, producer, and entrepreneur, who has appeared in the reality show Vanderpump Rules and The Real Housewives of Beverly Hills. Todd has also served as a producer in Black Swan (2010). 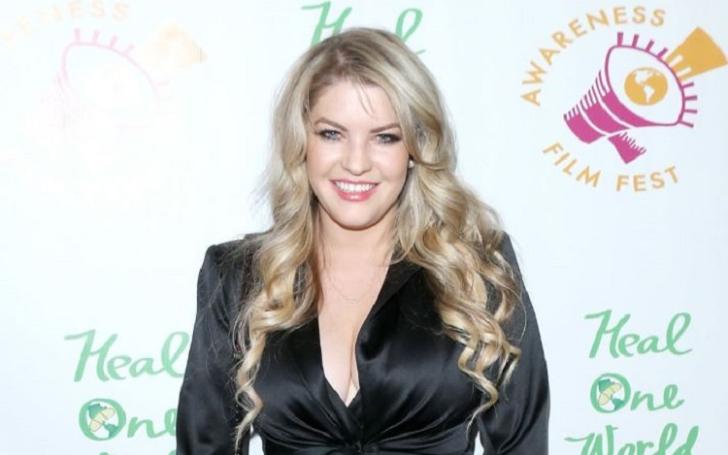 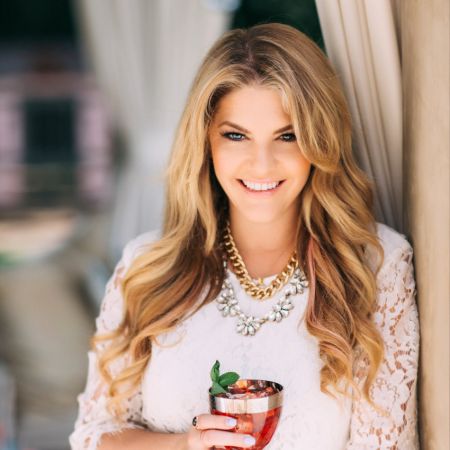 Pandora Todd is an English reality star, writer, producer, and entrepreneur, who has appeared in reality shows Vanderpump Rules and The Real Housewives of Beverly Hills. Todd has also served as a producer in Black Swan (2010).

The media personality Todd was born on May 7, 1986, in London, England, to Lisa Vanderpump (mother) and Ken Todd (father). Pandora spent her childhood with her brother Max Todd; Max is the adopted son of Lisa and his husband, Ken. Furthermore, Pandora graduated from Pepperdine University back in 2008.

Pandora Todd Is The Daughter Of Lisa Vanderpump

The 33-years-old Pandora is also the celebrity daughter who lives a lavish and limelight life right after birth. Pandora’s mother, Lisa Vanderpump, is a renowned English restaurateur, television personality, author, and former actress.

Lisa has appeared in reality shows like The Real Housewives of Beverly Hills (RHOBH), Dancing With Stars, Vanderpump Rules, and Family Feud. Alongside her husband Ken, Lisa owns around 36 restaurants, bars, and clubs in the London and Los Angeles areas.

Besides professional work, Lisa and Ken are also popular as inspirational and beloved pairs all over the media. The two have shared a good bond as perfect husband and wife since 1982.

The Vanderpump Rules cast member Pandora tied the knot with Jason Sabo. Jason is an American businessman who is a brand ambassador at Palm Bay International and a co-owner of LVP Sangria.

How and when Pandora met Jason is still unclear. But as per the sources, both of them were alumni of Pepperdine University. So, the two were college sweethearts who dated and engaged before sharing the wedding vows on August 27, 2011.

The pink-themed wedding ceremony was held lavishly at Lisa’s home in Beverly Hills in front of Pandora and Jason’s family members, friends, and relatives. Many famous media personalities like Paul Nassif and his wife Adrienne Maloof (an RHOBH cast) attended the wedding reception.

On the big day, bride Pandora looked fabulous in her embroidered strapless white bridal gown that featured a long, embellished veil. She wore a tiara and a gorgeous necklace to finish the bridal look. On the other hand, the groom, Jason, dashes his face wearing a white shirt & coat, a black bow tie, and black pants.

As of now, the husband-wife duo is sharing a healthy bond. They often visit numerous exotic places together and never miss a chance to flaunt a romantic picture on their official Instagram account. Pandora and Jason are celebrating their eighth marriage anniversary blissfully.

Pandora Todd Is The Owner Of The LVP Sangria

Vanderpump Todd is fond of food and beverages.

Then learning from mother Lisa, who already created the sangria (wine), Pandora and her spouse Jason also used Lisa’s unique sangria recipes and bottled the sangria called ‘LVP Sangria‘ back in 2013. Now, the LVP is available all over the USA in two different flavors (RED and PINK Sangria).

As per Pandora’s site, this sangria is made of Spanish rose and red wines with no additive and is created with 100% natural flavors. Pandora said, “LVP Sangria is a light, refreshing, easy to drink and impressive to serve, an ultra-premium blend that lives up to the Vanderpump standards of quality.”

Net Worth Of Pandora Todd

Pandora Vanderpump has a net worth of $5 million, obtained through her various professional works. Being a cast of the popular Bravo reality show RHOBH, Pandora collected a reasonable sum of wealth, but she also earned enough fame.

Besides reality acting, Pandora is also the businesswoman who has launched the LVP Sangria wine. Moreover, she has also found a famous online luxury lifestyle magazine called The Divine Addiction.

From there, too, she is earning a reasonable sum of wealth. Not only that, but she is also an Executive Editor at the Beverly Hills Lifestyle Magazine. Besides all these professional works, Pandora is also a philanthropist.

Along with her parents, Pandora runs a non-profit organization called ‘The Vanderpump Dog Foundation.’ The foundation was established back in 2016 with a core mission to rescue dogs and help create a better world for dogs globally.

On the other hand, Pandora’s mother, Lisa Vanderpump, enjoys $90 million. The primary source of her income is from his restaurant. She is also earning an impressive sum of wealth from her spin-off, Vanderpump Rules, where the reality stars like Brittany Cartwright and Vail Bloom are featured.