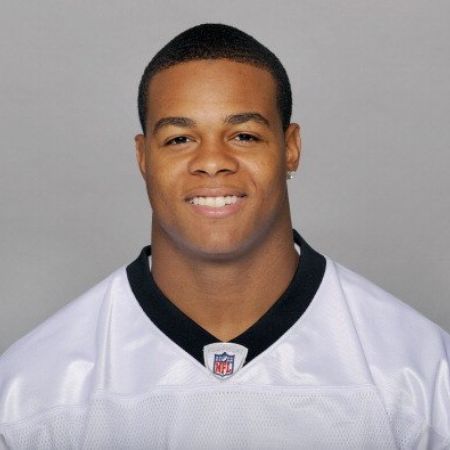 Super Bowl champion Pierre Thomas has been unstoppable in climbing higher in his career since he made a professional debut in 2007 with New Orleans based American football team New Orleans Saints. At the height of 5 ft 11 inch he is about 215 lb.

Thomas was born on December 18, 1984, in Chicago, Illinois, to Charles Thomas and Greta Thomas. He grew up with his siblings in Lynwood, Illinois. As a high school student, Pierre attended Thornton Fractional South High School, located in Lansang, Illinois. It was there that he started playing high school football, and it proved as the turning point in his walk of life.

By looking at Pierre’s social media posts, one can guess that he is rocking a single life. If he is romantically involved, he might never spill a word about the love of his life. As Pierre loves to share every personal moment of his life, how could he not talk about his romantic attachments?

True to his character, Pierre’s personal life is sheer and very much see-through. During his leisure time, the football star is seen with his pets and family. He also attends most of the family gatherings and celebrations.

As per some sources, he previously dated a nurse student named, Candace Damiani. They began dating around 2010 but separated some years later.

What is Pierre’s Net Worth?

Besides New Orleans Saints, he belonged to other prestigious American football teams like; San Francisco 49ers and Washington Redskins. Sports star Pierre has also written a book about his journey through the NFL and is the producer of a reality talk show.

Millionaire Pierre is always on a vacation trip to the most exotic places. Furthermore, he shares most of his tours in his social media accounts. His instagram account has more than 109,000 followers. Similarly, Pierre’s twitter account is followed by more than 264,000.

Although Strongly Built, Pierre has a Softer Heart

Thirty-five years old Pierre’s most beloved family members might be his adorable dogs. More to that, he seems to treat them with unconditional love and care.

Similarly, Pierre has managed to shine as a philanthropist who donates part of his income to social welfare. Back in 2013, Pierre was New Saint‘s team nominee for the Walter Payton NFL Man of the Year Award. He also belongs to the iCan Foundation that is aimed to fight obesity in children.