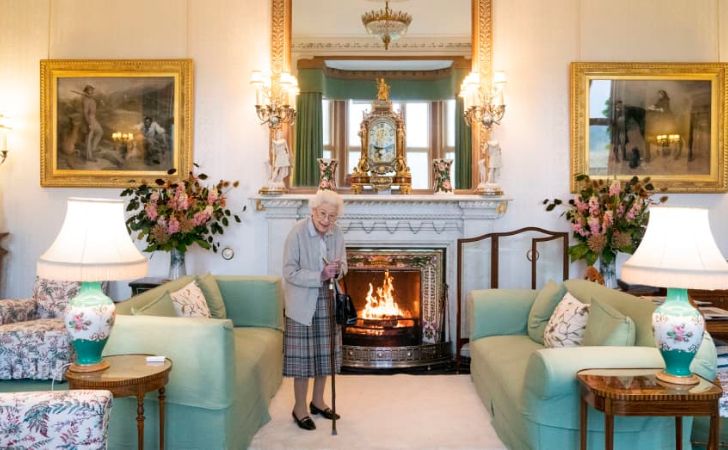 Queen Elizabeth II, aka Elizabeth Alexandra Mary, was the famous Queen of one of the most powerful countries, the United Kingdom. She also reigned to other commonwealth realms until her recent demise. She reigns 32 sovereign states and 14 at the time of her death.

Furthermore, she is the longest reigning British Monarch and the longest female to run a country as a head of State. Her whole reigning years were 70 years and 214 days.

Elizabeth II was born on April 21, 1926, in Mayfair, London, United Kingdom. Moreover, her father is Prince Albert, Duke of York, the king’s second son. Likewise, her mother was Elizabeth, Duchess of York, the youngest daughter of Scottish aristocrat Claude Bowes-Lyon, 14th Earl of Strathmore and Kinghorne.

Additionally, she was born under Caesarean section at 17 Bruton Street in Mayfair. Well, it was her grandfather, Lord Strathmore’s London home. After four years, her younger sister, Princess Margaret, was born. As a Princess, Crawford even published a book of her biography in 1950 as The Little Princesses.

Queen Elizabeth II was married to the Prince Philip of Greece and Denmark. They first met in 1934 and again in 1937. In July 1939, she met him for the third time at the Royal Naval College in Dartmouth. She was 13 years old and fell in love with him then.

During their era, they talked through letters, and when she turned 21, they exchanged an engagement ring. Their engagement was on July 9, 1947. The Queen and the Prince tied the knot on November 20, 1947, at Westminster Abbey. Their wedding ceremony was lavish, and many high-rank individuals and celebrities attended their marriage.

Furthermore, the newlywed couple received more than 2,500 wedding gifts. Surprisingly, the Queen needed ration coupons to buy the material for her gown, designed by Norman Hartnell. The reason for it was the devastation of the second world war.

The Queen gave birth to her first kid, Prince Charles, on November 14, 1948. Similarly, she gave birth to the second child, Princess Anne, on August 15, 1950. After giving birth to two kids, the duo lived in Malta for several months in the hamlet of Gwardamanga, at Villa Guardamangia.

However, their two kids stayed in Britain. As of 2022, Charles is 73 years old and reigning king of the UK. Similarly, Princess Anne is 72 years old as of 2022.

On September 12, 2022, the Queen was under medical supervision. Buckingham Palace releases a statement. It said,

Following further evaluation this morning, the Queen’s doctors are concerned for Her Majesty’s health and have recommended she remain under medical supervision. The Queen remains comfortable and at Balmoral.

During that time, many TV channels in the UK broadcasted the condition of the palace. At around 4:30 P.M., the health workers informed Prime Minister Truss about Queen’s death. However, the Queen’s death was officially announced around 6: 30 P.M.

After her death, Prince Charles became the king of the United Kingdom. To be precise, Charles took the oath on September 10. At around 10:6 P.M., the Queen’s coffin left Balmoral and stopped at Holyrood Palace in Edinburgh at around 4:23 P.M.

The same day lying in State began, the queue was up to 2 miles long. From 15 to September 17, her coffin lies in State, and millions of people file past the casket. On September 18, the procession was begun from Westminster to Westminster Abbey.

Later, her coffin was driven to Windsor and stored there until the tomb was ready.

How Much Was The Net Worth Of Queen Elizabeth II?

Queen Elizabeth II’s net worth was around $430 Million at the time of her demise. Her son, Prince Charles, who is a king as of 2022, spent a half-century turning his royal estate into a billion-dollar company. Not to mention, it is one of the most earning sources in the royal family business.

As of 2022, Prince Charles runs a private estate, The Duchy Of Cornwall. Reportedly, the Duchy of Cornwall owns the landmark cricket ground, The Oval. According to New York Times, it generates millions per year as rental income. The estimated value of the holdings is around $1.4 Billion.

On the other hand, Queen Elizabeth II’s private portfolio was around $949 Million. Furthermore, the royal family business fortune is approximately $28 Billion.