A boutique owner married Bachelor in Paradise co-star Adam Gottschalk in May 2021. On January 18 the husband and wife welcomed the baby boy. 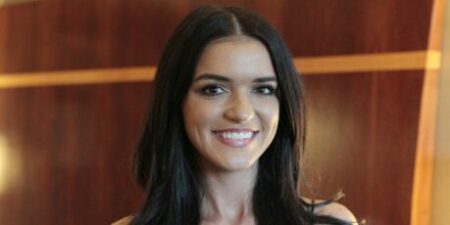 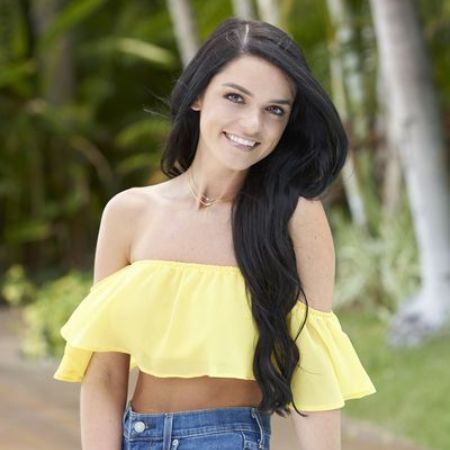 Raven Gates is a businesswoman who rose to fame after appearing on the successful dating show The Bachelor and Bachelor in Paradise. She was a contestant on Nick Viall’s 21st season of The Bachelor. The fashion business owner finished the season as the runner-up, losing to Vanessa Grimaldi.

From her successful career, Raven undoubtedly gathered prominence. She also earned an impressive sum of wealth. Know about her exact net worth and earnings in the following sections.

The big day is finally here! Raven Gates and Adam Gottschalk finally walked down the aisle after numerous pandemic-related obstacles. On April 16, 2021, the couple married at The Olana in Dallas, Texas, with 20 guests.

The Bachelor in Paradise couple’s wedding was rescheduled for April 2021 after being postponed from May 2020.

Due to the coronavirus outbreak, the duo had to postpone the wedding three times and “totally stop” preparation, she informed fans. She also stated that they would elope if the wedding could not be completed by December 2021.

The bride wears her first of three Watters gowns during their marriage ceremony, while her husband is dressed in an Indochino suit. Raven chose the Carmichael Gown by Watters, which costs $1,700 and is just stunning. Watters’ wedding gowns range in price from $650 to $4,000.

Now that the couple is wed finally! And they’re looking forward to a blissful future.

When Raven and Her Husband Met?

The couple met while filming season 4 of BiP in 2017. Their love lasted through the finale, but Gottschalk did not propose to her on the show. They lived in different locations and felt they needed more time together to strengthen their relationship.

After two years, the duo announced their engagement via Instagram. “I’m keeping you forever and always,” the Arkansas native captioned the photos, which also showed a glimpse of her dazzling ring.

The Bachelor in Paradise couple welcomed their first child, a son, on Tuesday, January 18, via emergency cesarean section. The baby boy’s dad announced the good news on his Instagram Story. Their baby boy, who weighed 8 lbs., 6 oz., and measured 21 inches at birth, was delivered at 3:33 a.m. in Dallas, Texas.

“Little man made it,” Gottschalk, 31, captioned a snapshot of the baby’s footprints on Instagram Stories. He also added: “had an emergency C-section after pushing for about an hour and a half. Mom and baby are doing very well.

Raven Gates has gathered a massive amount of money from her career life. As runner-ups on the fourth season of Bachelor in Paradise, Raven Gates and Adam Gottschalk earned huge money.

In season 1, contestants made between $7,000 and $15,000 total, and in season 4, they offered $400 per day. Besides this, she probably earns money from her brand endorsements and other ventures. Before her reality show debut, she operated Grey Suede, a clothing boutique.

Raven’s husband has a net worth of $1 million apart from her. He is a real estate investor. In 2021, he worked as the vice president at his self-proclaimed “multi-billion-dollar-producing” real estate company, STRIVE.

A Bachelor front runner was born on July 23, 1991, in Arkansas. She is the daughter of Wesley Gates and Tracy Gates. Further, there is not much information about her education.