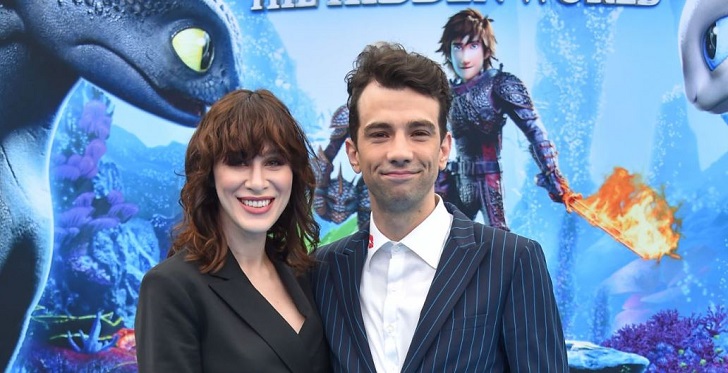 Rebecca-Jo Dunham, a Canadian model, has promoted many fashion brands and accessories. She has modeled for MM6 Maison Margiela, Buffalo London, Loewe, Pandora, Farfetch, and others. The successful modeling career has helped Dunham live a lavish and limelight life.

As per Rebecca’s Linkedin profile, she has been serving as an executive director at FH Models, a model management company. She graduated with a Bachelor Of Arts (BA) degree in English Literature from the University of Toronto-University of Trinity College.

The fashion model Rebecca’s husband, Jay Baruchel, is a successful Canadian entertainment personality with experience working as an actor since 1995. Baruchel, 40, is widely popular for playing Hiccup Haddock in How to Train Your Dragon. For which Baruchel also received Annie Awards.

Also, for Outstanding Performer in an Animated Program, Jay earned a Daytime Emmy Award for the animated series Dreamworks Dragons. His other movies and TV shows credit includes The Art of the Steal, This Is The End, The Trotsky, Undeclared, Gift of the Nighty Fury, etc.

The 6-feet-0-inch (183 cm) tall Jay has also worked as a producer and executive producer at Random Acts of Violence, Goon, Edgar and Jane. Also, he has directed Trailer Park Boys, Alexisonfire (music video), So of a Critch, and others.

The model Rebecca and the Book of Dragon actor Jay had their first encounter after knowing each other through the dating app. In an interview with VOGUE, Jay said, “We met on a dating app called Raya. Incidentally, Rebecca was the first and only person that I’ve ever gone on a date with via an app.”

Similarly, regarding the first meeting, Rebecca said, “I liked his profile because he had Slowdive playing when I viewed his gallery. We ended up walking down the aisle to them.”

Baruchel popped the question in May 2018 at Shangri-La Hotel in Toronto. Jay chooses a diamond ring from Cynthia Findlay Fine Jewellery. Additionally, Rebecca shared her engagement news through Instagram, saying, “Love of my life.“

Following more than a year-long engagement, Rebecca-Jo and Jay tied the wedding knot in an intimate wedding ceremony on September 21, 2019. The ceremony was held in attendance of their dearest ones at Hotel Solar Transmontano in Portugal.

Rebecca walked down the wedding aisle wearing a floor-length sleeveless embellished gown designed by Inbal Dror. She paired it wearing a long veil and beautiful heels from Jimmy Choo. Similarly, the groom, Jay, chooses to wear a black tuxedo from Philippe Dubuc. Likewise, the wedding photography was managed by Danijela Weddings. Moreover, their wedding details are featured in VOGUE Magazine.

The pair share their wedding news via their respective social networking sites. Since the big day, Mr. and Mrs. Baruchel have been sharing a healthy bond and living a blissful marital life. They have already celebrated their 2nd wedding anniversary, and the bond is getting stronger day by day.