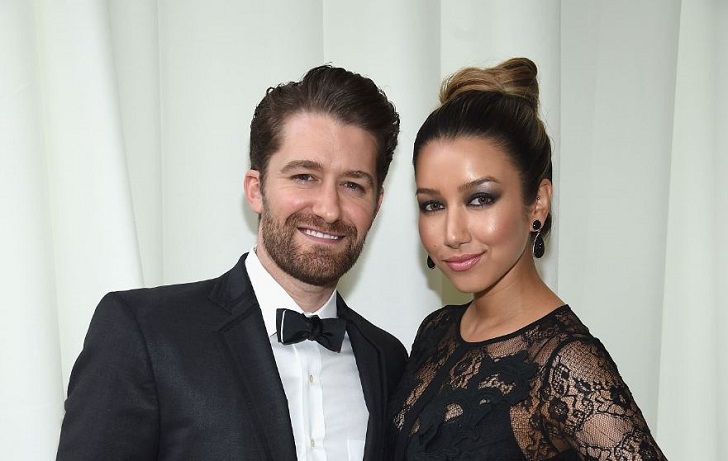 Renee Morrison is influencing people through her social media posts. Morrison is an active Instagram user with more than 35 thousand followers on her verified Instagram account. Her Instagram bio also suggests that she is an entrepreneur. Besides, Renee is widely attracting fame being a celebrity spouse. She is the wife of actor Matthew Morrison.

Renee is a native of Hawaii, born on October 5, 1984, to the Puente family. Besides, the details regarding her early life, parents and education are missing. Renee came to the spotlight after tieing the wedding knot with her celebrity husband, Matthew. Now, know the information regarding Mr. and Mrs. Morrison’s marital life in the following sections.

The 43-years-old Matthew James Morrison is gaining a wide range of media attention and popularity for being involved in professions such as acting, singing, hosting, and dancing. Morrison started his acting journey in 1977, making his debut in Relativity, a TV series. Later, the actor began to perform in Broadway and Off-Broadway shows.

Morrison has acted in theatrical shows such as Hairspray, The Rocky Horror Show, Finding Neverland, Catch Me If You Can, The Light in the Piazza, etc. Matthew’s acting career rose to fame after he played the leading role of Will Schuester in the musical comedy-drama Glee. He also received the Screen Actors Guild Award and the Golden Globe Awards-nomination for Best Performance.

As the World Turns, Tulip Fever, The Good Wife, and Grey’s Anatomy are some of Matthew’s movies and TV shows credits. Similarly, he was the Dance Captain of the British dance competition series The Greatest Dancer and served as the judge of So You Think You Can Dance (SYTYCD). Furthermore, the 5-feet-11-inch (182 cm) tall Matthew has discovered songs such as Summer Rain, Still Got Tonight, It Don’t Mean a Thing, etc.

Got Engaged After Two Years Of Dating

Matthew and Renee first met in 2011 at Grammy’s party. Puente and Morrison started their romantic bonding without delay after the first meeting. Speaking to The New York Post in 2015, Matthew said,

“At a Grammy party 4 1/2 years ago. We saw each other across the room. As I was leaving, I heard her speaking pidgin [Hawaiian slang]. I sang backup for a guy named Don Ho in high school and spent summers in Hawaii. So when I heard her speak, I said, “How is it, Sistah?” and she laughed. The rest is history.“

Following two-years-long dating, Matthew proposed to Renee with an engagement ring in June 2013. His friends David Furnish and Elton John revealed their engagement during the London White Tie and Tiara Ball occasion.

On October 18, 2014, After the Reality actor, Matthew exchanged his wedding vows with his longtime partner Renee. They shared the vows in an intimate ceremony held on a private island in Maui, Hawaii. The bride and groom’s friends and family members attended the wedding event planned by Kevin Covey Wedding and Events.

Matthew announced his marriage via Twitter, tweeting, “Conquered Hurricane Ana and got married! Most amazing week EVER. It’s my pleasure to introduce, my WIFE, Mrs. Renee Marie Morrison!!” Renee and her husband Matthew currently live a blissful marital life. They celebrated their seventh wedding anniversary, and the bond is still strong.

On May 17, 2017, Matthew shared the news with the world that he would be a father for the first time. Sharing a sweet video of the couple enjoying, he wrote, “Our #MorrisonAdventures have been so epic together, but they have only just begun!! We will have a new addition to the family, and I’m blown away by the unconditional love that I already possess for this child. I have such a clear vision of the father that I want to be. Now, we simply wait with open arms.“

The Morrison family of four live blissfully, sharing a perfect family bond. Revel, 4, and his younger sister Phoenix Monroe, 1, appear on their parent’s social media posts. Also, they ate getting as star kids.

Renee Morrison Was A Married Woman

The marriage with Matthew is the second for Renee, as she was previously in a marital relationship with her first husband, Doug Stanhope, a stand-up comedian and author. Doug and Renee married on March 26, 2002. However, later their marriage turned out to be illegal.

On the other side, actor Matthew was not a married man, but he was engaged to Chrishell Stause. Chrishell is an actress known for playing Jordan Ridgeway in Days of Our Lives. Stause and Morrison were engaged from 2006 to 2007, less than a year.

Stay Connected With Favebites For More