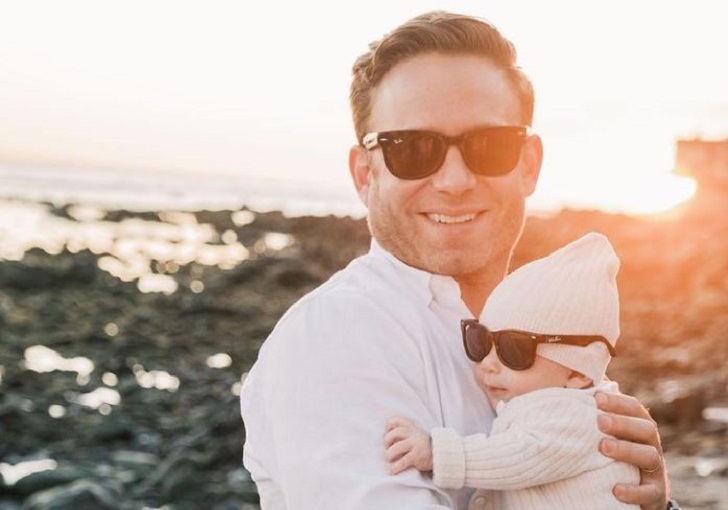 Ever Leo Reich is among the children who became the topic of search right after birth, as he is a star kid. Ever was born with a silver spoon in his mouth to American entertainment personality Lea Michele and her husband, Zandy Reich.

The two-year-old Ever Leo enjoys his childhood living lavishly and in the limelight with his celebrity parents, Lea and Zandy. Here are some facts you need to know about Lea, so read the article till the end.

Ever Leo Reich Was Born In August 2020

On May 2, 2020, the Glee actress Lea Michele shared a picture of herself wearing a blue dress showing her baby bump. For the photo with a growing belly announcing her first pregnancy, Michele uses the caption, “So grateful.”

Later, Lea and her hubby Zandy welcomed their baby boy, Ever Leo Reich, on August 20, 2020. Sharing the picture of holding newborn Ever’s foot, she wrote on Instagram, “ForEver grateful for this true blessing.” Although Michele shared her pregnancy and childbirth news via social media posts, she has not yet shared the full face picture of their son.

Lea and Zandy are raising their only kid keeping him far from the media attention and the paparazzi. On January 23, 2022, Lea uploaded a picture of her spouse Zandy and son Ever wishing him [Zandy] on his Birthday. In the photo, she showcased Ever’s face, where we can see the father-son duo wearing white outfits and black sunglasses.

“I can’t believe my son is turning 1 tomorrow. Even now, saying “my son” still feels so unbelievable. My beautiful boy, you are the greatest gift god has ever given me and your daddy, and I love you so very much. From your big brown eyes-that look like mine- to your curly blonde hair you got from your daddy. We love you more than you will ever know. Happy Birthday my sweet Ever. I love you forever and ever.”

Ever Leo celebrated his 1st Birthday at a blue-themed party, cutting a white cake with a light yellow baby cartoon lion on it. He is celebrating her 2nd Birthday this month on August 20, 2022.

Ever Leo is getting hype because he is a celebrity son, and credit goes to his mother, Lea Michele. The 35 aged Lea, The Bronx, New York native, started her acting career by working in theatrical shows.

William “Will” Swenson is also featured in the musical Lis Miserables.

Michele’s role in the satirical comedy film Scream Queens as Hester Ulrich is also noticeable. Some of her movies and TV show credits include the Mayor and Legends of Oz: Dorothy’s Return. Likewise, the actress is featured on the cover of the magazines such as Cosmopolitan, Women’s Health, and Marie Claire.

Ever Leo Reich’s Dad, Zandy Reich, Is A Businessman

Ever Leo’s father, Zandy, is not a member of showbiz, but he is a businessman. Zandy graduated with a finance degree from Wharton School of the University of Pennsylvania.

Reich is the founder of the clothing company, All Year Round (AYR), pronounced like “fresh air.” The company cares “about creating confidence through clothing.” Per their official site, “We want our clothes to carry you through every season of your life [and] want getting dressed to feel like an exhale. We’re really into simplifying things.“

The Brunette Ambition author Lea Michelle and businessperson Zandy began their romantic relationship in 2017 after remaining friends for a year. On March 7, 2022, Lea shared a snap with her hubby, captioning, “6 years of friendship, 5 years together, 3 years of marriage, 1 1/2 as parents.”

The pair married on March 9, 2019, at Carneros Resort and Spa, in Napa, California, in an event planned by Lisa Vorce. Their family members and close ones attended their wedding ceremony, officiated by Ryan Murphy. The bride wore a beautiful Monique Lhuillier gown to walk down the wedding aisle.