Skip to content
Home » Entertainment » Who Is Audra McDonald’s Husband? Know About Her Marital Status

Who Is Audra McDonald’s Husband? Know About Her Marital Status 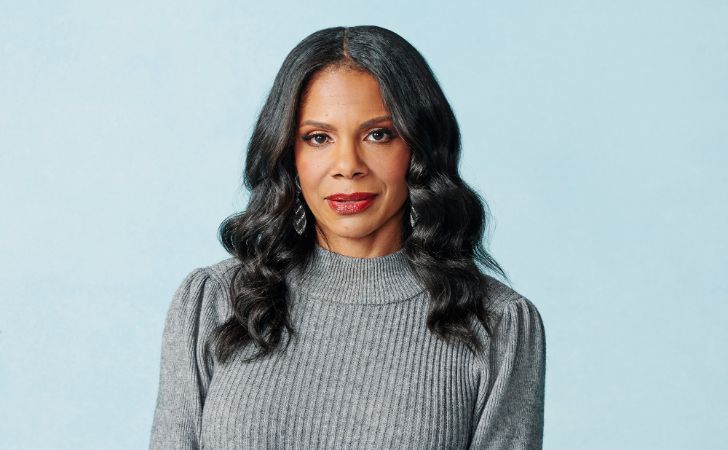 Audra McDonald prominence rises to fame after establishing herself as one of the most successful Broadway stars. McDonald’s has starred in theatrical shows such as Ragtime, Twelfth Night, The Secret Garden, and others. She started her career by working in Broadway theatres in 1992. McDonald’s has won six prestigious Tony Awards for Best Featured Actress in Musicals/Plays.

Audra Ann McDonald was born on July 3, 1970, in Berlin, Germany, to Anna Kathryn and Stanley James McDonald Jr. She attended The Juilliard School in New York. She received a Bachelor in Music (BM) degree in 1993. Audra is also the recipient of the National Medal Of Arts and inducted into the American Theatre Hall of Fame.

The 5-feet-8-inch (173 cm) tall musician and actress Audra presently lives a successful professional life. She is also earning an impressive sum of wealth. As of 2022, McDonald’s has an approximate net worth of $8 million, which she accumulated from her two-decade-long professioanl career. But, what is the actress’s marital status? Who Is Audra’s husband? Know about it in the following sections.

The 51 aged Carousel cast Audra is in a blissful marital relationship with William “Will” Swenson. McDonald’s beloved husband is also actively involved in the acting and singing sector.

Will, 49, a native of Provo, Utah, studied at Brigham Young University. He has starred in Broadway, and Off-Broadway shows such as Hair, Rock of Ages, Les Miserables, Little Miss Sunshine, Jerry Springer: The Opera, Assassins, etc.

Actress Mckenna Grace has also made her appearance in the Chilling Adventure of Sabrina.

Similarly, the Drama Desk Award-nominated actor Will has featured in movies and TV shows such as Gods Behaving Badly, Chilling Adventures of Sabrina, First Kill, The Singles 2nd War, No Tomorrow, The Greatest Showman, and others.

The Broadway play not only helped actress Audra to live a celebrity life and medium of earnings. But, it also became a broadway for her to find the perfect match for her life with whom she still shared a healthy bonding.

Audra and Will first met in 2007 during the rehearsal of 110 in the Shade, the revival of the book by Tom Jones. In the musical, Audra plays Lizzie Curry, and Will portrays the character of Cody Bridger. Similarly, Swenson and McDonald have also worked together in Eugene O’Neill‘s play A Moon for the Misbegotten.

After the first encounter, Audra and Will began sharing a good bond and later started a romantic relationship. Following five years of romantic bonding, the Pericles, Prince of Tyre actor, proposed to Audra with an engagement ring in January 2012. Last Day at Emerson’s Bar and Grill (play) actress also merely accepted the proposal.

Their Wedding Life Since 2012

Following seven months-long engagement, Audra and Will decided to take their relationship to the next level by marrying on October 6, 2012. The Grey’s Anatomy actress Audra and her hubby Will exchanged the wedding vows in an intimate ceremony attended by their close and dearest ones.

The Private Practice actress Audra looked stunning in her beautiful sleeveless gown from Esosa Fashion. On the other side, Will chooses a black tuxedo, a black waistcoat, a white shirt and a black tie to walk down the wedding aisle. On February 15, 2020, sharing a picture from their wedding, Audra wrote, “I love him so.“

As of now, Mr. and Mrs. Swenson are sharing a blissful marital bond without involving in any rumors related to the separation. The married duo has already celebrated their 9th wedding anniversary, and their bond is still strong. The Ricki and The Flash actress Audra and her spouse attend many public events together. Will is not active on any social sites, but Audra sometimes shares pictures with him on her official social networking sites.

Audra and her husband Will shared an adorable baby girl from their blissful marital bond. They welcomed their daughter Sally James McDonald-Swenson on October 19, 2016.

As of now, Sally, 5, is living a lavish and limelight life with her celebrity parents. Like, Inez Reynolds, Sally James is also gathering media attention as a celebrity daughter. Additionally, Sally spends quality time with her mother, Audra and father, Will. Also, she is featured on most of the updates by Adra on her verified Instagram account.

On April 19, 2022, Audra shared the family picture, captioning, “Just a couple of tired but happy old bunnies and their 24/7 energizer bunny.”

Before exchanging the wedding vows with Will, the Respect (musical drama) actress Audra was a married woman. McDonald was in a marital relationship with Peter Donovan. Peter is a bassist and an actor by profession who has starred in Rawhead Rex, BBC2 Playhouse, and Les Roses De Dublin, as per his IMDb profile.

The Shuffle Along actress Audra and Peter married on September 10, 2000. From the marital bond, Donovan and McDonald shared daughter Zoe Madeline Donovan on February 14, 2001. Everything was going fine; Audra and Peter were sharing a healthy marital relationship and jointly parenting their kids. However, following nine-year-long marriage, they divorced in 2009.

Zoe, 21, shares a healthy bond with her mother Audra, step-father Will, and half-sister Sally James. She is also earning fame as a celebrity daughter and features on most of the posts updated by Audra on her official Instagram account.

Want to know about your favorite Broadway, TV, and Film actress/actors? Then stay tuned with Favebites