Ryan Satin is an American professional wrestling journalist known as the founder of Pro Wrestling Sheet, a news site that provides information about the wrestling world. Ryan also served as a Senior Producer for TMZ. Besides this, since 2019, Satin has been serving as a news correspondent on WWE Backstage. 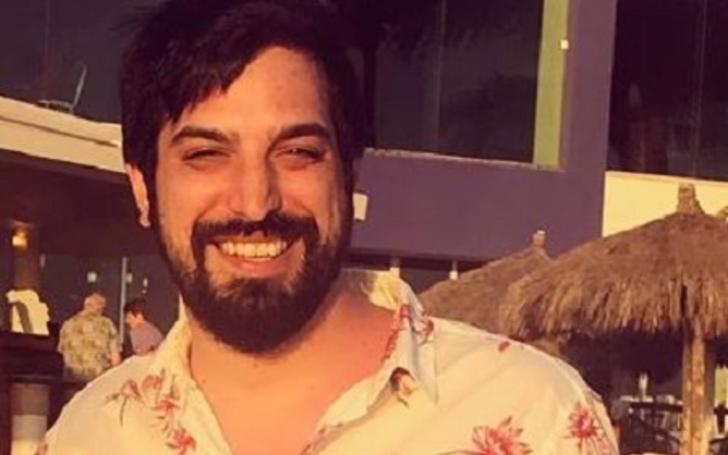 Ryan Satin is an American professional wrestling journalist known as the founder of Pro Wrestling Sheet, a news site that provides information about the wrestling world. Ryan also served as a Senior Producer for TMZ. Besides this, since 2019, Satin has been serving as a news correspondent on WWE Backstage.

Ryan is doing well in his vocation and seems like he is enjoying his professional work. Then what about his personal life? Is she dating, or is she just living a single life? Similarly, is Ryan earning a good fortune from his work? Read the article till the end to learn more about the professional wrestling journalist Ryan Satin.

The wrestling journalist Ryan was born on August 31, 1986, in California, the USA, to Scott Satin (father) and Jaime Satin (mother). Ryan’s father, Scott, is an executive producer, showrunner, and writer at The First Family and Mr. Box Office. He also worked at Satin Productions Inc.

Ryan spent his childhood with her sisters, Dani Satin and Sami Satin, and brother, Drew Satin. His sister Dani who studied at UC Berkeley, currently works as a marketing coordinator at Another Planet Entertainment.

The 33-years-old journalist has been dating his girlfriend, Erica Steiner, since 2014. Much is known about Erica, but his girlfriend Erica supports his professional work as per Satin’s Instagram posts.

Steiner and Satin share a good bond as a perfect love partner. They visit numerous exotic places together and share romantic pictures on their official social networking accounts.

Not only with Satin, but Erica also shares a good bond with his family members. She spends her quality time and vacations with Ryan’s family, and so does Satin. The strong solidarity seems like Ryan and Erica will share a glimpse of their married life one day.

But before sharing a love life with Erica, Ryan was romantically involved with Kayla Lani Dimmick. Kayla and Ryan stayed in a relationship from 2012 to 2013. As of now, too, if we scroll below Ryan’s Facebook post, Dimmick and Satin’s pictures can be seen.

Ryan criticized Jericho for dedicating his match against wrestler Kenny Omega at the professional wrestling event the Wrestle Kingdom 12 to Canadian wrestler Chris Benoit. However, Jericho later revealed some reason to dedicate the match and declared not to make negative remarks.

It seems like Ryan and Chris are no more on good terms. Once on June 8, 2019, Chris tweeted, saying, “I never thought you were very bright, but you managed to pick a clip that represented the general point of my statement. I do not know why everyone calls you a lousy jocksniffer and opportunistic mark.“

Replying to Jericho, Satin said, “Hope insulting someone on the internet who was not saying anything negative about you made you feel good this morning, Jim. Have a great day.” Not only with wrestler Chris, but Satin’s argument with wrestling journalist Dave Meltzer also became viral all over social media platforms.

Net Worth Of Ryan Satin

The American wrestling journalist Ryan Satin has an estimated net worth of around $1 million, which he has collected throughout his professional career. Ryan works in Pro Wrestling Sheet and on WWE Backstage. From there, he not only gains a reasonable sum of wealth but is also collecting full media attention.

Satin is also known for his work on TMZ on TV, Smile You-re Under Arrest and Most Outrageous Moments. He is also a YouTuber whose official YouTube channel @Pro Wrestling Sheet has more than 19.6 thousand subscribers.