The 22-year-old, Saquon Barkley is an American football running back for the New York Giants of the National Football League (NFL). 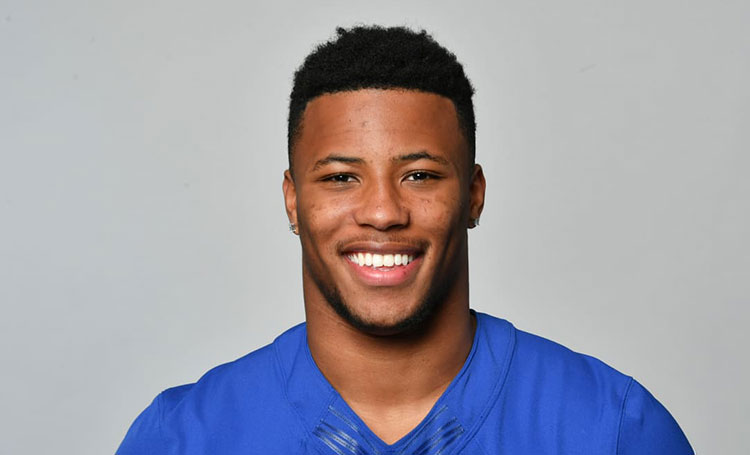 He once played college football at Penn State Nittany Lions for three seasons. From his professional work, he is not only grabbing full media attention but is also earning a hefty sum of wealth.

Saquon Barkley was born Saquon Rasul Quevis Barkley on 9th, February 1997, in Bronx, New York, the United States of America. He is the child of Alibay Barkley (father) and Tonya Johnson (mother).

As per the sources, Saquon’s father Alibay was an active amateur boxer. Additionally, Saquon is the nephew of American professional boxer, Iran Barkley.

Barkley grew up along with his three brothers and two beautiful sisters. The running back attended Whitehall High School, situated in Whitehall Township, Pennsylvania. Later on, he joined the Pennsylvania State of University.

The 1.83m tall NFL player, Saquon is not a married man. But he is romantically involved with his 21-years-old, former model, Anna Congdon. Anna and Saquon are together since their college days.

Both of them attended Pennsylvania State College, where they found their love.

After sharing a college life, they officially start dating in 2017. Since then, they are living happily and romantically without involving in any rumors and controversies related to their extra affair and separation.

But till now, they have not finalized their wedding date but seems like the lovebird will soon tie the wedding knot.

Anna and Saquon are sharing a good bond as a perfect pair.

Apart from this Barkley’s girlfriend, Congdon also attends numerous football games to cheer her boyfriend and his entire team.

Not only this, Saquon and Anna also enjoyed their vacations together and even did not hesitate to share a picture on their official social sites.

Parents To One Adorable Daughter

Although Anna has not exchanged her surname from Congdon to Barkley, she is the blessed mother of her only daughter, Jada Clare Barkley.

Jada was born on 24th April 2018, under the birth sign of Taurus. Jada’s birth has added extra happiness to the Barkley family.

Before Jada’s birth once Barkley said that

“I’m excited. I’m not sure of the gender, that’s going to be a surprise, but April’s going to be a big month for me. Some people aren’t even blessed with the opportunity to have kids, and I’m able to have one, and I’m truly excited to be a father.”

It seems like he is very proud to have his kid as a girl.

After the birth of his beautiful daughter, Barkley added, saying, ”Jade’s middle name, Clare is for her godmother, who is her aunt.” Not only Saquon, but Anna also seems delightful on it.

She shares numerous pictures of her adorable daughter on her official Instagram account. Additionally, Clare’s father also declared Anna as the best role model for their daughter.

The professional footballer, Saquon, has a total net value of $25 million. He earns an average remuneration of over $7 million in total and is also regarded as the 4th highest-paid running back.

In 2018, Barkley made a four-year, $31.2 million football contract with the professional football team, The New York Giants. Also, he has made around $4.5 million in endorsements alone. Further, Nike unveiled its clothing line recently.

Besides, from his football games, he earns an impressive sum of wealth from his endorsement deals with various sports brands and companies.

He made his deals with brands like Nike, Pepsi, Visa, Toyota Motor, and numerous others.

Additionally, he not only collects a hefty sum of wealth but is also utilizing those worth on purchasing various luxurious accessories.

Currently, he resides at his own mansion along with his girlfriend and child in Fort Lee, New Jersey. 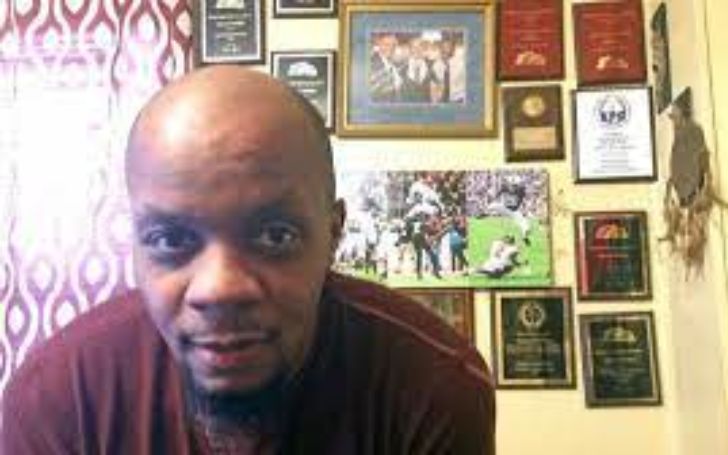 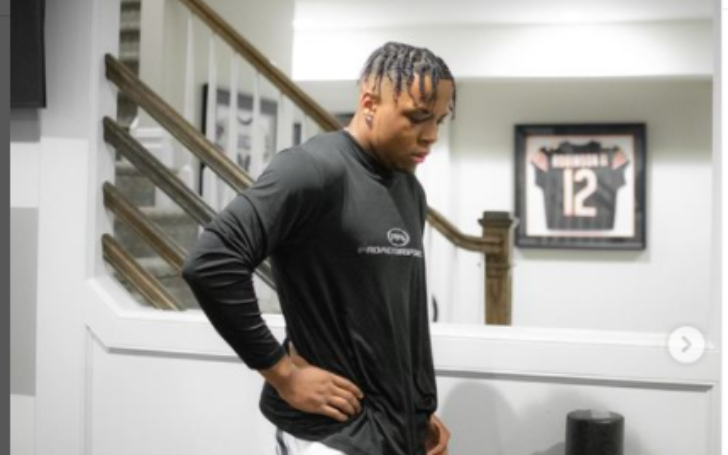