Taylor Higgins and Chipper Jones is living a happy married life since 2015. Taylor Higgins is the third wife of a former baseball player. 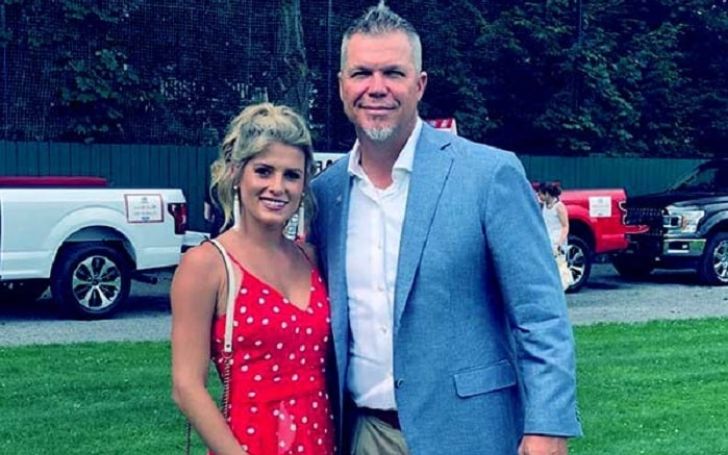 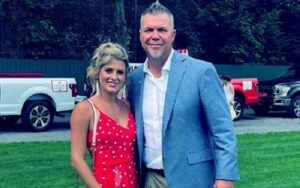 So, how did they meet? How did they get married? Taylor met Jones after he divorced his second wife in 2012. They shared a mutual liking for hunting. Jones even took Taylor for hunting in November. The duo dated a few years before tieing the knot. They exchanged their vows on June 14, 2015.

Ultimately, they tie the knot at the destination wedding in the Bahamas. Of course, it was an extravagant wedding but with limited guests.

They were pronounced husband and wife after exchanging their vows in front of their loved ones and friends. For the wedding, Chipper wore a white shirt with a suit. At the same time, Higgins opts for a sleeveless white lace gown. You may also like to read Taryn-Dakha.

To be the bridesmaids, the playboy model Chelsea Freeman accompanied Taylor Higgins on her big day. Both looked stunning in their dresses.

The power couple was blessed with two very handsome boys. After two years of their marriage, they had their first child. He is named Cutler Ridge Jones, born on January 14, 2017, in Atlanta.

Not so long after, their happiness was filled again with another bundle of joy. They again became the proud parents of a baby boy. Cooper Jones was born on August 9, 2018.

But, Chipper has four other sons from his previous two marriages. He even had a relationship with a waitress from which he had a son Mattew Jones born in 1998. Moreover, from his second marriage with Sharon Loginov, he has three children, namely Lary Waynee III (Trey) in 2000, Shea Jones in 2004, and Tristen Jones in 2005.

They all live together in their Georgia house. Being a stepmom of four boys, Taylor shares a special bond with them. They often have quality time going on a vacation together.

Net Worth Of Taylor Higgins

Taylor Higgins was a playboy model who was awarded Playing Coed of the Month in 2010. According to married celeb, Higgins made an annual income of $60,000 during her modeling career. Hence, she has amassed a net worth of $500,000.

On the other hand, Chipper Jones is a multimillionaire with a net worth of $110 million. Jones is a former professional baseball player of the USA. Chipper won the 1999 Valuable Players award. Likewise, in 1995 he led Atlanta Braves to World Series Championship.

The couple often likes to spend their family time outing and going around different places. Furthermore, the couple currently lives in their mansion, which lies in Milton, Georgia, USA. Similarly, his Fulton mansion is listed on realtor.com for sale, which values at $3.75 million.

Hence, they are living a happy life with their family.