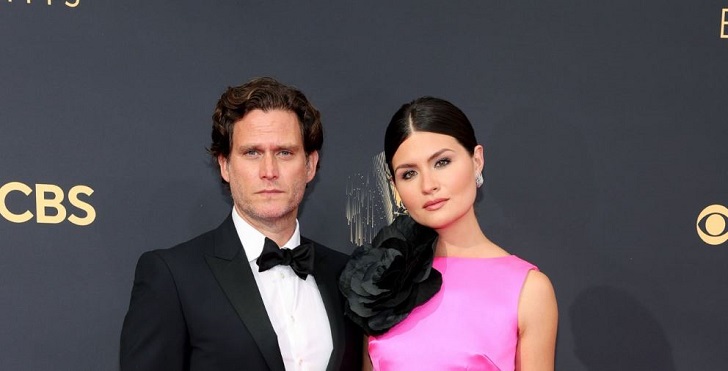 The American actress, Phillipa Soo, of half-Chinese descent, receives a Bachelor in Fine Arts (BFA) degree from The Julliard School. Soo started her acting career by working in Broadway and Off-Broadway shows. Soo’s prominence rises to fame after portraying the role of Eliza Hamilton in the theatrical show Hamilton.

Soo’s professional acting career has helped her earn an impressive sum of wealth and prominence. But, what about her personal life? Is an actress a happily married woman? Know bout her present marital status in the following sections.

The 31-years-old actress Phillipa’s husband, Steven Pasquale, is also part of the Hollywood Film Industry and theatrical shows. Steven, 45, is famous for appearing as Robert in the musical The Bridges of Madison County (2014).

Pasquale and Soo had their first encounter during the rehearsal of the musical Hamilton. Steven has not played in the show. But Pasquale was at the rehearsal because he is a good friend of Hamilton’s creator Lin-Manuel Miranda. After the first meeting, Phillipa and Steven began their friendship which later turned into a romantic bonding.

Got Engaged First And Then Tied The Knot

Nearly after a year-long dating, Steven proposed to his girlfriend Phillipa with an engagement ring. They got engaged in February 2016. Steven shared the news of their engagement through an Instagram post.

The couple tied the nuptial knot on September 24, 2017, following more than a year of engagement. Phillipa and Steven exchanged the vows in a small ceremony attended by their close ones. Soo shared their wedding images after three months on January 9, 2018, saying, “My favorite day of 2017. Me and my best friend tying the knot. I love you SP, grateful for your love every day @stevenpasquale.”

Phillipa wore a beautiful backless gown designed by Catherine Deane. Similarly, she finished her look wearing leaf-shaped earrings with a flower tiara. Steven dashes the wedding look wearing a blue tuxedo on the other side.

Since the big day, Mr. and Mrs. Pasquale share a blissful bond as perfect married partners. They visit many exotic places and attend public events together. Likewise, the married duo never misses a chance to share romantic pictures on their social sites. Phillipa and her husband Steven have not shared any kids yet. Still, she has a stepdaughter Maddie Pasquale, born via Steven’s marital relationship with his first wife, Laura Benanti, an actress.