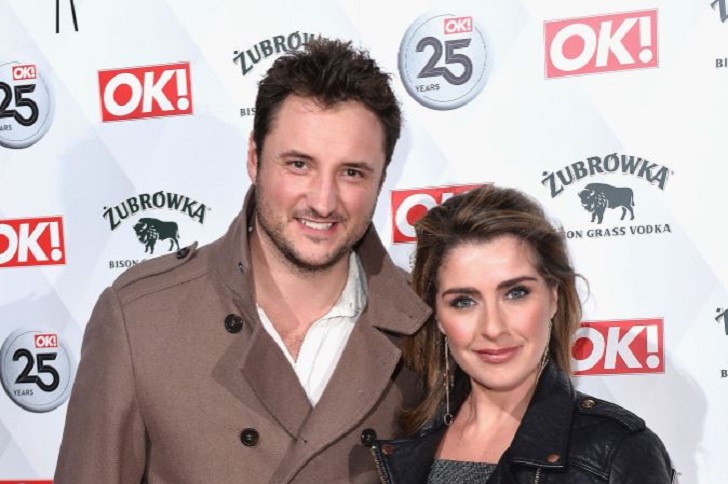 The American entrepreneur Victoria Bye successfully runs The Lull Club, a company that produces and sells fragrance candles, etc. As per its site, they use “Superior ingredients hand blended to make just blooming lovely products.” She is also famous for uploading lifestyle and family pictures on her Instagram account, with more than 25 thousand followers.

Victoria, who celebrates her birthday on September 7, was born to the American McCumisky family. She has a brother named Aiden McCumisky. Besides her professional work, she is making media highlights for being a celebrity wife. Victoria is the wife of British actor James Bye. Know the details of Victoria and James’ wedding life in the following sections.

The 38-years-old James Edward Bye is the British Soap Awards nominated actor. The actor, born on February 23, 1984, in Basingstoke, England, entered the film industry by playing the role of Tom Burrow in the British police procedural series The Bill.

Another British actor Seann Maguire has also made his leading appearance in the series.

The businessperson and actor first met in 2006 in the supermarket company Sainsbury’s car parking area in Ladbroke Grove, London. After the encounter, James asked her for a date, and she also accepted. Afterward, without any delay, Victoria and James began their romantic relationship.

On June 9, 2022, Victoria shared images with James, sharing the experience of their first meeting, “6 years ago today, I made the decision not to cancel a date with this guy. We’d met outside Sainsbury’s the week before. He was a young out-of-work actor on a promo job, and he’d given me a fruit jelly. I wasn’t sure what I’d been thinking when I agreed to go on a date with someone I’d met in a car park. I must have really liked the jelly.“

She added, “We stayed all night. And then he walked me home and smooched me senseless in the middle of the street. Best decision I ever made.”

Following four years of long dating, Jame offered a marriage proposal to Victoria late. 2010. On December 8, 2012, James uploaded a picture of himself kissing Victoria on Instagram, revealing, “This spot 2 years ago my wife said YES!! Love you Mrs. Bye.“

Victoria and James exchanged their wedding vows on April 4, 2012, in a romantic ceremony held in front of their close ones. The detail of McCumisky and Bye’s wedding is missing as they got hitched secretly.

But, their wedding pictures show that Victoria walked down the wedding aisle wearing a floor-length strapless gown pairing it with a short veil, and James wore navy blue suit pants with a black bow tie and a white shirt.

The couple was told there was a chance of Victoria’s infertility as she was diagnosed with endometriosis. Later, Victoria gave birth to their son Hugo after three years of Louis’ birth. As of now, Victoria is living a healthy life with her husband, James and three sons. She shares sweet pictures with Bye boys on her Instagram account.