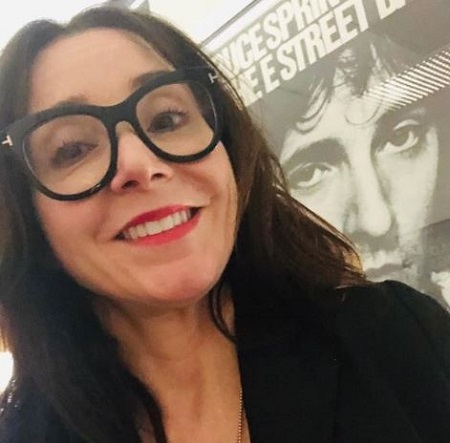 Marney Hochman is an American movie and TV series producer. She is the president at Midd Kid Productions. Hochman has worked in S.W.A.T, Gone Hollywood, Mad Dogs, The Chicago Code, Timeless, among many others. Marney is also the partner of Mankind Production Company.

Besides the professional works, Marney is better known as the ex-wife of internet celebrity and actor Jason Nash. How was Nash and Marney’s marital life? Know the detailed information regarding the reason behind their separation.

The 48-years-old Marney’s prominence rises to fame after tieing the wedding knot with actor Comedian Jason Eric Nash. The 48 aged Nash is a Youtuber who has amassed 3.13 million subscribers on his official YouTube channel. Besides, Jason is also an actor. He has made his appearance in Drake & Josh, Super News! The Simpsons, Liza on Demand and others.

However, in 2017 Hochman and Nash partitioned their relationship. They got divorced after staying in a marital relationship for 10-years. On October 28, 2017, Jason shared a video explaining why he divorced Marney on his YouTube channel.

After the separation from Nash, Marney has kept her love life details under the wrap. The information regarding her present relationship status of missing. She has not shared any romantic pictures on her Instagram account. It seems like Marney currently lives a single life. Additionally, Hochman is pursuing her career as a producer. Furthermore, she is working as an executive producer in an upcoming action Netflix drama series, The Night Agent.

As of now, the Nash siblings is living with their father Jason. They also spend their spare time with Marney. Wyatt and Charley are also gaining fame as a celebrity kids. They are also popular on Instagram. Wyatt has 144 thousand, and Charley has 30 thousand followers on their respective Instagram account as of January 2, 2022.

Likewise, Nash siblings also visits exotic places with their parents.Marney also uploads picture of them on her social sites. Similarly, Jason also never misses a chance to share pictures and videos with their adorable children.