Skip to content
Home » Entertainment » Who Is Alesha Dixon Married To? Know Her Marital Details

Who Is Alesha Dixon Married To? Know Her Marital Details 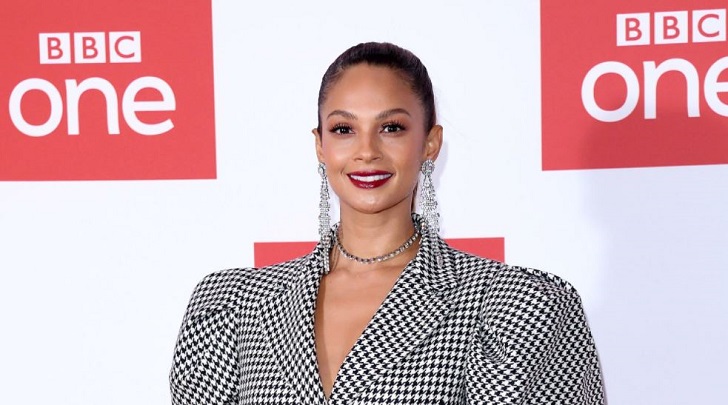 The 5-feet-6-inch (169 cm) tall singer Alesha was also a member of the R&B, UK Garage, and hip hop band Miss-Teeq. Alesha doubtlessly collects a staggering sum of wealth from a successful musical career. Furthermore, Alesha has an approximate net worth of $4 million. But, what about her marital life and husband? Know the complete details of Dixon’s married life.

The 43-years-old Breathe Slow singer Alesha is blissfully married to Azuka Ononye. Dixon’s beloved husband Azuka is a British-born Nigerian performing artist. He is a dancer, choreographer, actor, and writer per his official site.

Azuka’s IMDb profile suggests he has worked in films and series such as Absolutely Fabulous: The Movie and ‘Touch Me, I’m Karen Taylor.’

Alesha and Azuka first met at a tour, where she was a performer, and he was a dancer on tour. The singer wasn’t sure about having babies until she met Azuka. After the first meeting, Dixon “knew that we could have children together because of our values, morals, and thinking aligned,” she said in an interview with the Happy Mum Happy Baby: The Podcast with Giovanna Fletcher in 2020.

Dixon and Ononye secretly tied the wedding knot in 2017. Similarly, the detailed information regarding Alesha and Azuka’s wedding is lacking as they walk down the aisle in a private ceremony. Introducing Azuka, a longtime boyfriend as a husband during the appearance in Michael McIntyre’s Big Show, Alesha said, “my lovely husband AZ, you can call him Azuka!”

Similarly, on August 20, 2019, Alesha and Azuka welcomed their second daughter, Anaya Safiya Ononye. The married pair revealed the news of Anaya’s birth via an Instagram post. On October 7, 2019, sharing a newborn image of Anaya, Alesha wrote, “Anaya Safiya, born 20.08.19, 7 weeks ago this little angel came into our lives! As I celebrate my birthday today I feel like the luckiest girl on the planet.”

Alesha’s daughters Azura, 8, and the 2-years-old Anaya are also earning fame as celebrity daughters. Similarly, the Ononye sisters travel to many exotic places with their mother Alesha and father Azuka. Likewise, they also feature most of the posts uploaded by Alesha and Azuka on their official Instagram account.

The Way You Are singer Alesha was in a high-profile relationship with Michael Harvey Jr. The 42 aged Harvey is a rapper by profession. Similarly, Harvey is a member of the So Solid Crew.

After knowing each other, the musicians Alesha and Harvey exchanged the wedding vows in June 2005. However, the marriage did not last long, more than a year. Dixon filed for divorce in November 2006 after she found out about Harvey’s romantic affair with English singer Javine Hylton.