Skip to content
Home » Entertainment » Who Is Emilie Ullerup’s Husband? Details About The Nature of Love Actress Emilie’s Marital Life

Who Is Emilie Ullerup’s Husband? Details About The Nature of Love Actress Emilie’s Marital Life 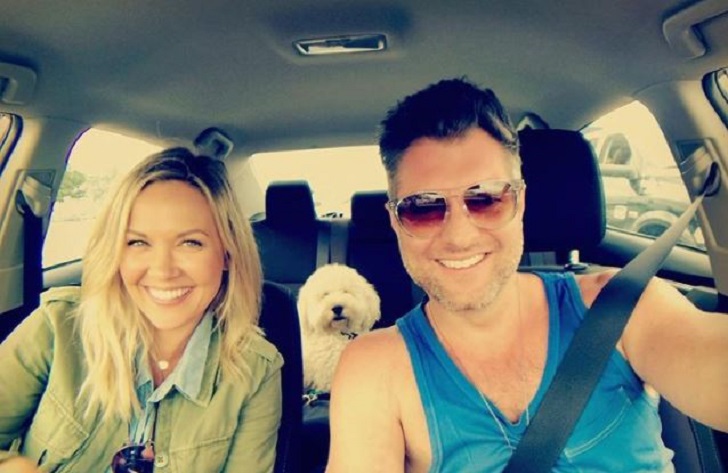 The Danish-born Hollywood actress Emilie Ullerup gains vast media attraction from her incredible acting skills. Ullerup is famous for her appearance in Hallmark Channel movies. Her role as Bree O-Brien in the drama series Chesapeake Shores is noticeable.

Emilie has been a part of the acting industry since 2006. She has made appearances in several successful movies and TV shows. Ullerup undoubtedly collects an impressive sum of wealth from her thriving professional career. But, what about her personal life? Is actress Emilie’s marital life as successful as her professional life? Know her marital details in the following sections.

The 37-years-old actress Emilie is in an ecstatic marital relationship with Kyle Cassie. Ullerup’s husband, Kyle, is also involved in the entertainment sector.

As per Kyle’s IMDb profile, he has appeared in movies and TV shows such as True Justice, Chesapeake Shores, Arctic Air, Andromeda, Stargate SG-1, Deadpool, Higher Ground, and others. Similarly, Cassie has worked as an editor in Washed Away (2017), The Blackburn Asylum (2015), and others.

Emilie and Kyle had their first encounter in 2007 on the set of jPod. In the Canadian comedy-drama series, Ullerup has played the leading role of Kaitlin Joyce. On the other hand, Cassie played the character of Kevin Jacobi / Klownsworthy.

Their Wedding Life Since 2018

After meeting for the first time, the duo shared a good bond but did not start dating. Emilie and Kyle began their romantic relationship in 2010. The Sanctuary actress Emilie and her longtime boyfriend Kyle finally take their relationship to the next level by marrying following eight-year-long dating.

The pair tied the wedding knot in attendance of their family members, close friends, and relatives on August 14, 2018, in Denmark. Emilie chooses to wear a sleeveless thin strap dress on the big day. On the other side, Kyle wore a white shirt, blue pants, and a blue waistcoat to walk the aisle.

Since the wedding day, the Nature of Love actress Emilie has been living a blissful marital life with her husband, Kyle. The married pair’s bonding can be seen in their official Instagram post. Similarly, Emilie and Kyle will soon celebrate their 4th wedding anniversary in August 2022.

Emilie and her spouse Kyle shared an adorable baby boy from the marital solidarity. On October 3, 2019, Ullerup announced her pregnancy via Instagram, sharing her big baby bump picture. In December, she again took Instagram to reveal the gender of an upcoming baby, saying, “Boy oh boy. #bellyshot #pregnancy.”

Later, they welcomed their son Wilde Morkov Ullerup Cassie on January 24, 2020. As of now, Wilde, 2, is living merrily with his celebrity parents. He is also getting recognition as a celebrity son. Unlike star kid Hudson London Anstead, Wilde is kept far from the spotlight. Emilie rarely shares an image of her son on her social sites. Even if she does, she only shares the baby’s hand, body picture.