Skip to content
Home » Entertainment » Who Is Reuben Selby? Know About His Romantic Affair With Maisie Williams 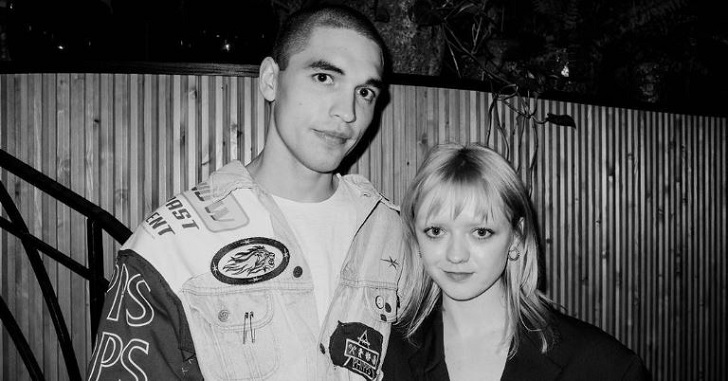 The fashion sensation Reuben, born to Simon Keith Selby (father) and his wife, celebrates his birthday on May 9 every year. He completed his high school at Steyning Grammar School, UK. Later, Reuben attended The College of Richard Collyer, Horsham, UK, and received a degree in Art Design, Photography, Physics, and Maths.

Reuben’s three brothers, Nathaniel Selby, Luke Selby, and Theo Selby, are professional Award-winning chefs. They work at the Evelyn’s Table Restaurant, The Blue Posts, UK. Reuben is getting wide media attention for starting his romantic affair with actress Maisie Williams. In the following sections, know the details of Maisie and Reuben’s relationship.

Reuben Selby And Maisie Williams, In A Relationship Since 2019

But it seems like Selby first met Williams while working as Communications Director of the social networking app Daisie in 2018, which Maisie co-founded. After working together, Reuben and Maisie started sharing a good bonding.

In early 2019, Selby and Williams sparked romance rumors after they were pictured together in public places. Later, on June 30, 2019, actress Maisie shared an image with Reuben, captioning, “white party for the bride and groom.”

Maisie and Reuben have made their joint appearance in the Paris Fashion Week shows. Similarly, Reuben has also designed a dress for Maisie, which she stunningly flaunted at the 2021 Met Gala. Furthermore, these lovebirds are also featured on the cover of the fashion magazines such as Behind the Blinds and Tatler Magazine.

The 25 aged English actress Maisie made her acting debut in 2011 by playing a major role of Arya Stark in the HBO fantasy drama series Game of Thrones.

For the series, Williams has won the prestigious Saturn Award in the category ‘Best Performance by a Young Actor in a Television Series.’ Additionally, actor Tom Hopper has portrayed a leading role in the David Benioff and D. B. Weiss-created series.

The 5-feet-1-inch (155 cm) tall Maisie is also known for portraying Ashildr in the BBC science fiction Doctor Who. In 2022 Williams acted as Pamela Rooke in the biographical miniseries Pistol alongside co-star Sydney Chandler.

Williams’ other acting credits are Two Weeks to Live, The New Mutants, etc. Maisie is working on her upcoming projects, The New Look, Salvation Has No Name, and Sinner V. Saints. Also, she has worked as an executive producer in the short films Stealing Silver and Up on the Roof.