Who is Richard Simmons Dating? His Sexual Orientation Explained! 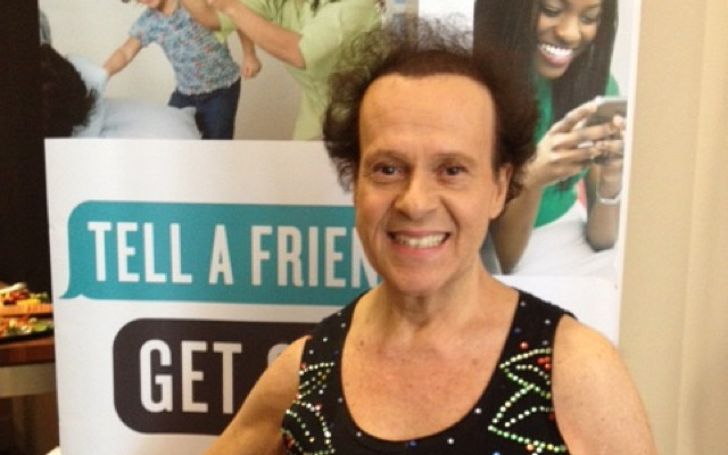 Richard Simmons is an American television personality best known for his aerobics videos. The star started his weight loss programs which were backed by his frequent television appearances on late-night talk shows like The Howard Stern Show.

Is Richard Simmons Gay? Who is he married to? To know the star’s sexual orientation read the entire article. Also, stay tuned to our website for more exciting celebrity gossip and biography.

Milton Teagle “Richard” Simmons was born on 12th July 1948 in New Orleans, Louisiana, USA. Furthermore, his father, Leonard Douglas Simmons Sr., was a Methodist who worked in a thrift store, and his mother, Shirley May, was a Russian Jewish and worked as a fan dancer.

The fitness star has an older brother Leonard Jr. Talking about his education; the weight saint went to Cor Jesu High School. After completing his study, Simmons attended the University of Louisiana and later graduated from Florida State University.

Before attending high school, Richard converted from Methodism to Catholicism. Furthermore, his father vehemently opposed his decisions as he was raised in a Methodist family.

The 74-year-old star has been an overeater since the age of 4. Moreover, this became a habit, and at the age of 15, Richard weighed 83 kilos. His parents were worried about the star’s medical condition due to him being overweight.

After being obese for a long time, the celebrity decided to lose weight and stay fit. With the help of intense determination and hard work, Simmons lost 56kg.

Richard wanted to make his weight loss journey an inspiration for others to stay fit and healthy. However, most fitness centers were focused only on already fit people during his time.

Within a short period, Richard opened his gym all over Beverly hills at started aerobics and motivational classes. Moreover, the influencer started getting massive media attention through his television appearances.

There have been a lot of rumors about Richard Simmons being gay, all thanks to the toxic masculinity prevalent in our society. Simmons has a unique dressing sense that is considered feminine in our culture.

Simmons started gaining massive hate after the rumors spread about the star being linked with adult male personalities. To this date, the weight saint has neither denied nor accepted these rumors.

Without solid evidence, it is impossible to determine the fitness star’s sexual orientation.

The audience was in a dilemma after Richard’s housekeeper Teresa Reveles revealed to the media that the two were married. But this statement was considered a hoax, and the media did not buy the story.

Richard Simmons has indulged in several controversies during his 50 years of an active career. Therefore, it will be justice if we give the title of the controversy king to Simmons.

The star’s disappearance in 2014 shocked the entire fan base, and many theories regarding Rich being held hostage by his housekeeper were raised. However, in 2016, the star gave an audio interview, and the rumors were put to rest.

The public still could not accept that the weight saint had disappeared; hence, LAPD detectives visited Simmons and stated that the celebrity was not in danger and enjoying his life far from the spotlight.

As expected, Richard lost the case and was ordered to pay the defendants their attorney’s fees due to the inexistence of laws regarding gender identification.

What is the Net Worth of Richard Simmons?

Richard Simmons has an enormous net worth of $15 million. Owning a chain gym business has allowed Simmons to make a massive fortune along with vast media attention. The star is one of the most successful fitness gurus in the world.

Talking about his assets, the star owns a mansion worth $7 million in Beverly Hills. Furthermore, Rich acquired the estate at only $670,000, which has made him a massive profit of $6.5 million.