Skip to content
Home » Entertainment » Who Is The ‘Inventing Anna’ Actress Katie Lowes’ Husband? Know About Their Marital Life

Who Is The ‘Inventing Anna’ Actress Katie Lowes’ Husband? Know About Their Marital Life 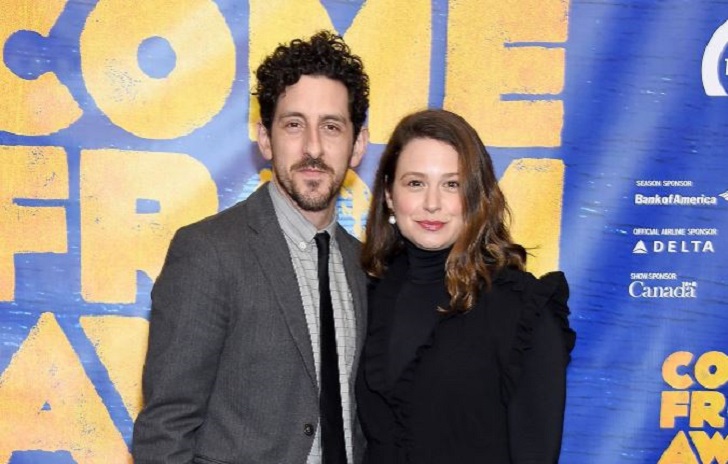 If you are fans of the Netflix series, then Inventing Anna might be your favorite, as it is one of Netflix’s top 10. Today we are writing about Hollywood actress Katie Lowes, who played the lead character of Rachel DeLoache Williams in Inventing Anna.

The TV Guide, Awards-winning actress Katie’s role in The Soprano, a crime drama series, is also appreciable. Lowes has appeared in various movies and TV shows. From which she undoubtedly gathers an impressive sum of wealth. But, what is the actress’s current marital status? Know about Katie’s married life in the following sections.

The 39-years-old Inventing Anna actress Katie’s husband, Adam Shapiro, is a part of the Hollywood Film Industry. The University of Maryland graduate Shapiro has made his appearance in Never Have I Ever, The Affair, Sense 8, Cristela, 1600 Penn, and others.

Besides, actor Adam is also an entrepreneur. He is the founder of Shappy Pretzels Co. Similarly, the Scandal actress Katie and the Betrayal cast Adam are the founders of the IAMA Theater Company based in Los Angeles, California. Likewise, Katie and Adam have worked together in Scandal and Grey’s Anatomy.

How The Romance Started? Journey Till Marriage

Katie and her now-spouse Adam first met through their mutual friends. They started talking, and soon the relationship changed into a romantic bonding. However, after a month-long dating, the duo ended their relationship temporarily. But, Lowes and Shapiro knew they were the “one for each other, ‘ so later, they reconciled, and the rest is history.

The married pair are celebrating their 10th (decade-long) wedding anniversary in June 2022. Katie and her husband are active on Instagram, where they never miss a chance to share adorable pictures and videos. Additionally, the husband-wife duo also makes their presence in many public events.

From the marital solidarity, the How We Roll actress Katie and her husband Adam shared two kids. In May 2017, the married pair announced that they were expecting a baby. Later, Katie gave birth to their son Albee Shapiro on October 5, 2017.

Similarly, Adam and Katie became parents for the second time on November 22, 2020, welcoming daughter Vera Fay Shapiro. As of now, Albee, 4, and Vera, 1, are living with their celebrity parents enjoying childhood.

The 5-feet-4-inch (163 cm) tall Katie and Adam jointly parent their children. Unlike celebrity kid Josey Hollis Dorsey, the Shapiro siblings are kept far away from the limelight. They also did not feature in their parent’s social media posts.