Skip to content
Home » Entertainment » Who Is The Spinning Out Actress Kaitlyn Leeb’s Husband? Know About Their Marital Life

Who Is The Spinning Out Actress Kaitlyn Leeb’s Husband? Know About Their Marital Life 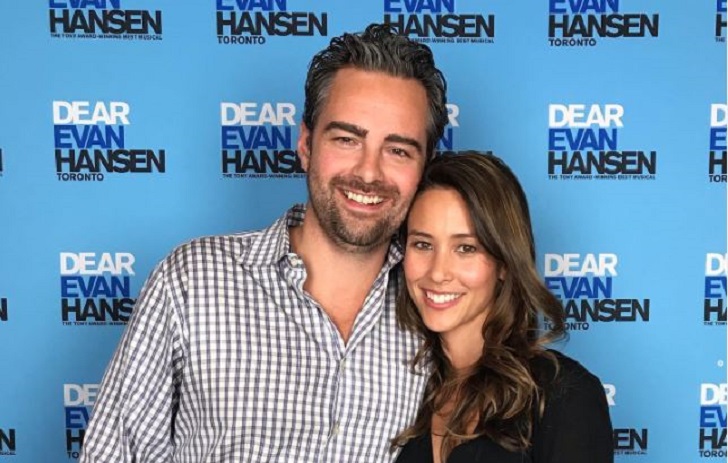 The Canadian actress Kaitlyn Leeb is famous for appearing in successful movies and TV shows. The actress Leeb is notable for playing Leah Starnes in Spinning Out, a drama series. Similarly, Kaitlyn’s role is also appreciable in Heartland, Christmas With a Prince: A Royal Party and Shadowhunters.

Leeb received a degree in Psychology from New York University. Being a part of the entertainment industry, Leeb earns an impressive sum of wealth and prominence. But, what is her present marital status of Kaitlyn? Know about it in the following sections.

The 34-years-old Heartland actress is in a blissful marital relationship with Ted Leeb. Kaitlyn’s husband, Ted, is a Vice President (VP) of Equity Products at the Financial Service Providing Company, BMO Capital Markets.

How and when Kaitlyn and Ted met one another is unclear. But, overlooking actresses’ Instagram posts, the couple has been together since 2012. They tied the wedding knot after dating for several years. Kaitlyn and her longtime boyfriend exchanged wedding vows in August 2013.

The Degrassi: The Next Generation actress Kaitlyn wore a strapless silk gown to walk down the aisle. Similarly, she carried a red rose bouquet. Likewise, Ted dashes the wedding look by wearing black suit pants, a white shirt, and a black-tie. She announces the news of her wedding via Instagram posts.

Since the wedding day, Mr. and Mrs. Leeb have shared a healthy relationship as perfect married pairs. Ted is not active on Instagram, but Kaitlyn never misses a chance to share pictures with her husband Ted on her verified Instagram account. Additionally, the married partner is soon celebrating their 9th wedding anniversary.

From the successful marital union, the 5-feet-4-inch (163 cm) tall actress Kaitlyn and her hubby Ted shared two adorable girls. In April 2016, Kaitlyn revealed the news of her first pregnancy through Instagram. Later, she gave birth to her and Ted’s daughter Avery Elizabeth Leeb on August 5, 2016.

Announcing the birth of Avery, Kaitlyn wrote, “On Friday, August 5th, 2016, at 4:39 pm, Ted and I welcomed our beautiful baby girl into this world. Avery Elizabeth Leeb is here and has made our lives complete!“

Likewise, the Shadowhunters actress and Ted welcomed their second daughter Presley Leeb in January 2020. Kaitlyn and ted are jointly parenting their kids. Moreover, Avery, 6, and the Presley, 2, are also getting recognition as celebrity daughters. The Leeb sisters often feature on her Instagram account on the post updated by their mother, Kaitlyn.