Who Is Tu Simone Ayer Morrow? 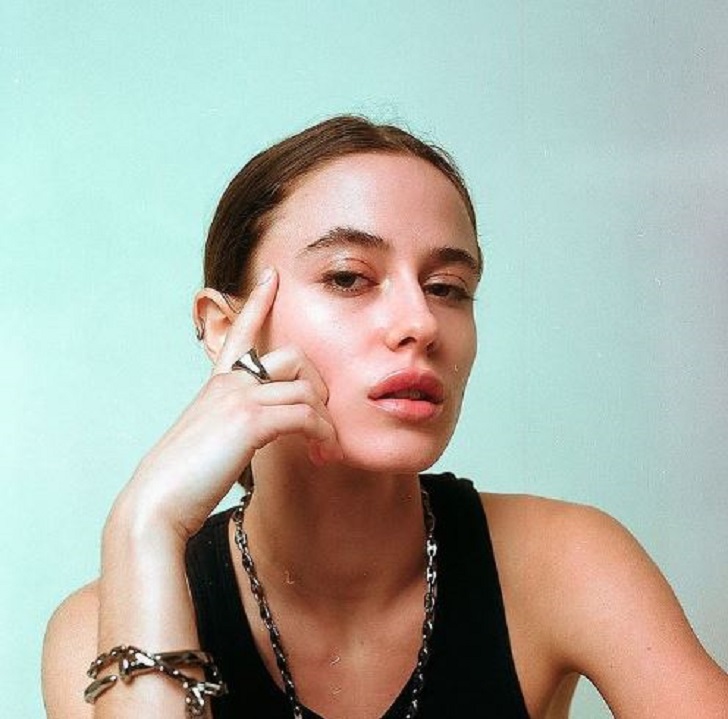 Tu Simone Ayer Morrow, known as Tu Morrow, is intriguing fans through her appearances in movies and TV shows. Morrow is an emerging actress who made her debut in the Hollywood Film Industry in 2016 by playing a small role in The Fosters.

Besides grabbing media attention from her professional works, Tu has been in the limelight and getting media attraction since birth. She was born on August 25, 2001, with silver in her mouth to American entertainment couples Rob Morrow and Debbon Ayer.

Regarding Tu Simone’s education, she graduated from Fusion Academy Miracle Mile, Los Angeles, California, in May 2019. Later, she studied at The New School in New York for further studies. In the following sections, let’s find the details regarding Tu Simone’s personal life.

The 21-years-old celebrity daughter Tu Simone is active on her official Instagram account. There she shares pictures related to her professional and personal life. However, the girl is yet to share images that can reflect her present relationship status.

Simone is secretive regarding her love life details. Her social media posts indicate that she is not currently dating anyone. The aspiring actress is more focused on building a healthy professional life, which might be why she is not involved in any romantic affairs. Likewise, Tu Morrow might not have found a perfect match to start her romantic life.

Tu Simone’s prominence rises to fame knowing her father, Robert Alan Morrow, aka Rob, is immensely popular for making his presence in successful movies and TV shows. Rob Morrow is a prominent and prosperous actor who has won the Emmy Award and received a Golden Globe nomination.

The actor has been a part of the film industry since 1980. His acting career rises to a peak after playing Dr. Joel Fleischman in the CBS comedy-drama series Northern Exposure. For the movie, Rob received Screen Actors Guild Award for Outstanding Performance.

The 5-feet-10-inch (178 cm) tall New Rochelle, New York native Rob has landed his role in movies and TV shows such as The Good Doctor, The Day Lincoln Was Shot, American Crime Story, Numb3rs, Billions, Last Dance, and others. The actor is now involved in directing. His directorial works include NCIS: New Orleans, The Fosters, Joan of Arcadia, Numbers, etc.

Not only her father, but Tu Simone Ayer’s mother, Debbon Ayer, is also a member of the showbiz. She has represented herself as a successful actress in her three-decades-long professional acting career. The 5-feet-4-inch (163 cm) tall Ayer has worked in Another World, Law & Order: Special Victims Unit, Joan of Arcadia, Make It or Break It, Bosch, and many more. Moreover, Debbon has worked as co-producer in the romance drama film Maze (2000), where actor Rob is the director and writer and has acted as Lyle Maze.

Rob Morrow And Debbon Ayer Have Been Married Since 1998

The Saturday Night Live (SNL) cast Rob, and Eternal Sunshine of the Spotless Mind actress Debbon are in a long-lasting marital relationship. Morrow and Ayer exchanged their wedding vows on September 21, 1998. The couple married in an intimate private ceremony on Rob’s 36th birthday. So, precise details regarding their marriage are lacking.

As of now, Mr. and Mrs. Morrow are on their 23rd wedding anniversary, living a healthy marital life. Rob and his wife Debbon share an inseparable marital bond without involving in any rumors about the separation.

They are active on social sites and never miss a chance to share pictures. On September 21, 2018, Rob shared a snap from their wedding to wish his wife Debbon on their 20th wedding anniversary, “Happy 20th!!! Birth-a-versary to the most beautiful women in all the worlds @debbonayer. I love life with you.”

Like love life details, Tu Morrow is lowkey regarding the amount of wealth she enjoys. However, analyzing her professional works, she has an approximate net worth of $400 thousand earned as being actress and model. She is still in the initial phase of her professional career, following in her parent’s footsteps and learning.

Tu has made her appearance in movies and TV series like Sinister Stepsister as Ella Mitchell, Queens as Becky ‘Cash Mermaid’ Satinslovsky, Recipe for Abduction as Grace, Deadly Daughter Switch as Hailey, and Blush as Emma. From working on these projects, Tu Simone might have received certain amounts. As per Glassdoor, on average, the actors get $42,172 annually.

Similarly, Tu Morrow is also pursuing her career as a fashion model. She has modeled for EMG Models. Likewise, promoting brands, she has worked with photographers such as Tyler Shields, Matt Kallish, Jake Cloobeck, and others. Her modeling works can be seen on the post updated by Tu on her official Instagram account with more than 6 thousand followers.

Furthermore, Tu Simone’s father, Rob Morrow, has a $10 million net worth. He has provided his role in several box-office hit movies. From there, Rob undoubtedly makes an impressive sum of wealth. The 2007 adventure comedy/drama film The Bucket List collected $175.4 million at its box office under the production budget of $45 million, where actor Rob portrayed the leading role of Dr. Hollins.

Similarly, Rob played the CEO in the 2013 musical comedy-drama film, Begin Again. The film made $65.7 million under the budget of $8 million.