Debbie Osmond and Donny Osmond Married Life, Things We Love From Their Wedding. 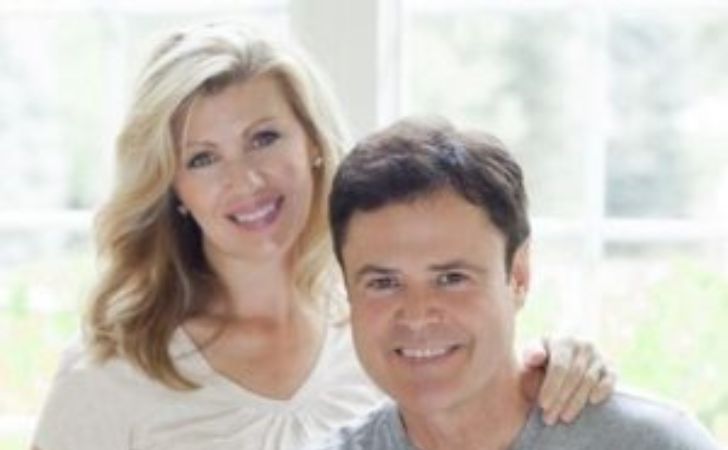 Donny Osmond is a successful television host, singer and actor. The 64-years-old Donny is known as the elder of the Osmond brothers. They have also created a band called The Osmonds. Similarly, Donny is popular for hosting Donny and Marie, a variety show, with her sister Marie Osmond.

The singer released his 18th studio, The Soundtrack of My Life, on November 10, 2014. Donny’s popular songs include Puppy Love, Hey Girl, Sweet and Innocent. From his decade-long professional career, Osmond has received both popularity and wealth. Now, let’s read about his marital life.

Well, we have seen many ups and downs between Hollywood pairs. But, Donny and his partner (now-wife), Debra Glenn, aka Debbie Osmond, have proved that true love does exist.

Debbie and Donny have been together since their teenage. He first met her when he was 16, and Debbie was 15. Explaining their first met, Donny wrote on his Facebook post saying,

“I first met Debbie when she was 15 years old. She was the hot babe cheerleader in town and she dated my brother Jay before she dated me. It took three whole years to win her heart and convince her to marry me.”

The duo began their romantic affair in 1976. Since that day, Debbie and Donny have been sharing a perfect bond. This happiest pair has set an example of true love.

Following two years long dating, Donny and Debbie decided to take their relationship to the next level. On May 8, 1978, Glenn and Osmond exchanged their wedding vows.

The intimate wedding ceremony was held at LDS Temple in Salt Lake, Utah. Donny and Debbie’s parents, relatives and close friends attended the wedding. The bride, Debbie, wore a full-sleeve floor-length wedding gown on the big day. The groom walks down the aisle wearing a blue tuxedo.

Since the wedding day, Mr. and Mrs. Osmond have been living a blissful marital life. The married duo has already celebrated its 43rd wedding anniversary. The singer never misses always wishes his wife Debbie on their anniversary via his Instagram post.

Donny and his wife Debbie are parents to five children. All of them are sons. After a year of marriage, on July 31, 1979, Debbie gave birth to their first son Donald Clark Osmond Jr. Similarly, their second son Jeremy James Osmond was born on June 8, 1981.

Debbie and Donny’s sons are all grown up. All of them are married and are raising kids. Their first son Donald, 42, is in a relationship with his wife, Jessica Osmond. They are parents to their four sons.

Similarly, Debbie and Donny’s second son Jeremy shared two sons and a daughter with his wife, Melisa Osmond. Likewise, their third son Brandon, 37, is married to his wife, Shelby Osmond. They have four sons.

Their fourth son Christopher, 31, is in a marital relationship with his wife, Alta Osmond. They have a daughter, Aussie Rae Osmond. Similarly, their fifth son Joshua married his girlfriend-turned-wife Summer Osmond in June 2020.