Skip to content
Home » Entertainment » Who was Sofia Vergara’s brother?

Who was Sofia Vergara’s brother? 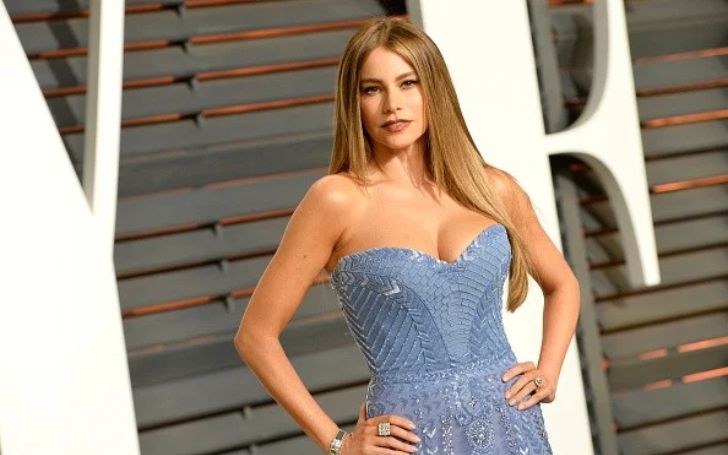 Sofia Margarita Vergara is an Actress and Model. She is a dual citizen of Colombia and the United States. From 2013 to 2020, she held the title of Highest-Paid Actress on American television.

Regarding her family members, Julio Enrique Vergara Robayo is her father, and Margarita Vergara Davila de Vergara is her mother. She had four other siblings, two brothers and two sisters.

His older brother’s name is Rafael Vergara, and his younger brother is Julio Vergara.

The popular Actress Sofia’s older brother, Rafael Jose Vergara, was born in 1971. In 1994, he was kidnapped, but the Vergara family later paid the compensation.

A second attempt to capture Rafael occurred in 1996, but he was shot at this time. At the time of his passing, he was 26. The killers are still hiding from the court’s eyes despite the police officer’s best efforts.

Although there were no witnesses to the incident, it is still one of the most puzzling cases in criminal history. Rafael had bodyguards, but they were not there when the criminals shot the young guy.

Some detectives linked Sofia’s brother to the neighborhood drug dealer and mafia. They assume that he gave the order to shoot Rafael due to the man’s romantic involvement with the gangster’s girlfriend.

Witnesses to the murder were unwilling to speak. Sofia’s family then relocated to the United States. She was concerned for her brother Rafael’s young daughter and her kid.

Claudia Daniela Vergara is the name of the girl. She frequently shows up by her renowned aunt’s side on different red-carpet occasions. The girl resides in Los Angeles with her mother, Claudia Renteria.

She co-founded the clothing line “Violetta Rose” and has a passion for fashion. Oscar de la Renta, a well-known fashion designer, is the girl’s mentor and role model.

Sofia Remembering his Dead Brother on The TV Show

It is obvious that the undermined death of Sofia’s brother still bothers and hurts her. On June 30, 27-year-old Brandon Leake performed a spoken-word dedication to his late sister, Danielle.

And Sofia became noticeably upset by the performance. After reading his tremendously emotional poetry, Brandon received a standing ovation from judges Simon Cowell and Howie Mandel.

But the poem left Sofia speechless. Howie spotted Sofia crying, so she revealed that Brandon’s sister had passed away in the same year her brother, Rafael, passed away.

She said to Brandon, “I feel your pain. I also have experience of having someone stolen from you without your consent.”

On the other hand, Sofia said that hearing Brandon’s poetry was a lovely experience. Simon Cowell, famous for his constant sarcasm, was emotional by Brandon’s performance.

Simon told Brandon, “I shouldn’t be judging your performance. I want to praise you on what you just did because it was fantastic.”

Howie awarded Brandon a Golden Buzzer for his emotional performance. And Sofia tweeted, “it was a wonderful way to end the night” after the program aired on Tuesday.

The name of Sofia’s other brother is Julio Vergara. Unfortunately, he, too, didn’t have much success. Rafael, the dead sibling, and Julio were good friends.

After his death, he developed a drug habit and was often imprisoned for it. He was banned from the USA to Columbia in 2011 after being found in possession of marijuana.

He was arrested 30 times for offenses including public drunkenness, assault and violence, grand theft, and possession of cocaine and marijuana over ten years.

In an interview, Sofia admitted to her admirers that her brother Julio had been slowly but surely dying for ten years despite all efforts to cure him.

He dropped out of the Michigan college and began to abuse alcohol and drugs. The man’s identity is unknown at this time.

The Miami News-Times reports that Julio was arrested three times in February 2010 for marijuana-related offenses. A court overseeing immigration issued the order for his return to Colombia one year later.

The Actress Sofia Vergara discussed her worries about her brother in interviews. She stated in an interview with Parade magazine in 2011 that:

“He started with alcohol there, then pot, on to cocaine, to crack, and now he’s like another person.”

She adds, “To see somebody dying over 10 years, little by little, that’s the worst punishment. With so many bad things happening, it creates a tough skin. Even when horrible things happen to me, I go on.”

While serving on America’s Got Talent judging panel the previous year, Vergara spoke out more about her troublesome brother.

An emotional Vergara addressed Nolan Neal after being impacted by his performance of “Lost,” an original song about his recovery that he created. Thus, Sofia stays sadder, remembering his brother.

She said, “Hearing your music brought tears to my eyes. I am quite familiar with the disease of addiction.

She adds, “I entirely understand because this terrible illness has swept through my entire family. And for me, hearing that song while I’m here today gives me a lot of hope.”

Sofia Vergara is the Highest-Paid Actress on American television from 2013 to 2020. Furthermore, She made her acting debut in 2002’s Big Trouble, starring Tim Allen and Rene Russo.

The Actress demonstrated that patience and hard effort could pay off in the end by overcoming many obstacles to achievement. She was popular after playing a role in the ABC series “Modern Family.”

She also played significant roles in movies like ‘Chasing Papi,’ ‘Four Brothers,’ ‘Meet the Browns,’ ‘The Smurfs, etc. Many people admire her because of her amazing acting skills and personality.

She has been the highest-paid Actress on US television for three years. She is on the list of the 32nd most powerful woman in the world by Forbes. The actress has posed for various companies and goods.

She has also launched her clothing line and jewelry business. The Highest-paid actress resides in California with her first husband’s son, Manolo, and is in a marriage relationship with Joe Manganiello.

Furthermore, She founded a nonprofit to help Colombian families dealing with illness as cancer survivors.