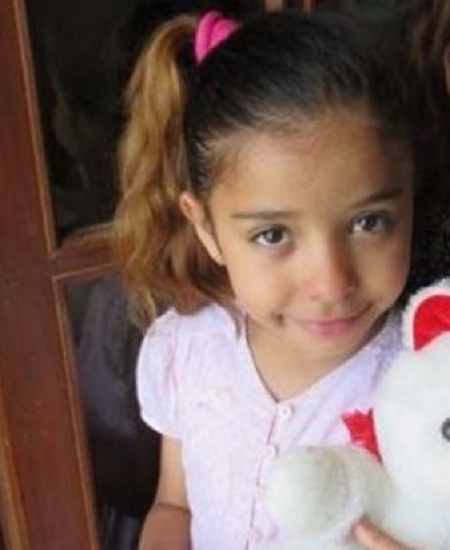 Almost everyone is familiar with Michael Jordan, the greatest basketball player of all time. Because of the sportsperson’s popularity, his family members are also recognized. They are regarded as celebrity family members.

Today we are talking about Jordan’s beloved daughter Ysabel Jordan. Ysabel is kept far away from the media attention, unlike other celebrity kids. Here are some interesting facts you need to know about Ysabel. Read it till the end.

The NBA Champions Michael and Yvette Prieto announced that they expected a kid on November 30, 2013. Later, they welcomed their twin daughters Ysabel and Victoria Jordan on February 9, 2014. The twins were born under the zodiac sign Aquarius.

The seven-year-old Jordan sisters’ lifestyle is kept low. Michael and his spouse Yvette are very protective of Ysabel and Victoria. Since birth, they have protected Ysabel and her twin sister Victoria from unnecessary media coverage and paparazzi.

The primary reason behind Ysabel’s prominence is her celebrated parents. Michael first met his future wife, Yvette Prieto, in 2007 at a bar. Then in 2009, they began their romantic relationship. Following two years of long dating, Michael got down one knew and proposed to Prieto in 2011. Yvette also merrily accepted the proposal.

Afterward, the couple decided to take their relationship to the next level. Michael and Yvette tied the wedding knot on April 27, 2013. Their intimate wedding ceremony was held at Bethesda-by-the-Sea Episcopal Church, Palm Beach, Flordia. As per the report, the wedding costs around $10 million.

On the big day, the bride wore a strapless J’Aton Couture gown. On the other side, the groom chooses to wear a black tuxedo to exchange the vows. Their wedding reception was arranged at Bear’s Club. Many high-profile persons, athletes attend their reception.

Since the wedding day, Mr. and Mrs. Jordan share a healthy bond as a perfect married partner. They attend many public events together. As of 2021, they have been married for eight years.

The celebrity daughter has three grown-up half-siblings. They all are from her father Michael’s first marriage. The 58 aged Michael married his first wife, Juanita Vanoy, in September 1989. But they divorced on January 4, 2002. Jordan and Vanoy shared two sons and a daughter from the marital bond.

Ysabel’s elder half-brother, Jeffrey Jordan (b. November 18, 1988), is also a basketball player. He played for Illinois Fighting Illini and UCF Knights, college basketball teams. Additionally, Jeffrey has been married to his wife Radina Aneva since May 2019.

Likewise, Ysabel’s only half-sister Jasmine Jordan was born on December 7, 1992. Jasmine is in a blissful marital relationship with her college sweetheart Rakeem Christmas. Rakeem is a basketball player for Yulon Luxgen Dinos. Jasmine and her husband Rakeem shared a son Rakeem Michael Christmas in May 2019.

Ysabel’s mother, Yvette, is one of the popular faces in fashion and lifestyle. Yevette is a fashion model inspiring people through her modeling works. The 5-feet-5-inch (168 cm) tall model has worked for various brands, fashion houses, magazines, campaigns and others.

Being a celebrity child is a blessing in itself. Ysabel was born silver spoon in her mouth. She is in her childhood to start any type of professional works. So, she enjoys her father’s great net worth. Undoubtedly, the celebrity daughter lives a luxurious life.

The retired basketball player Michael Jordan has a $2.2 billion net worth. He collected these impressive sums of wealth from his successful playing career. Now, the richest athlete, Michael, works as an investor. Ysabel lives in a $12.4 million mansion in Jupiter Island, Florida, with her mother, father and sister.