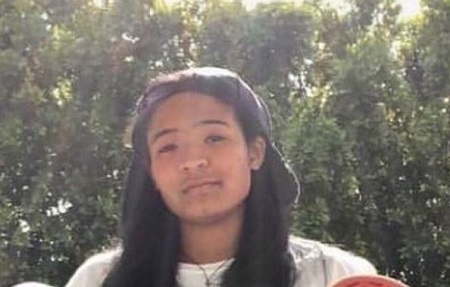 Most children follow in their parent’s footsteps, and it is not new. In the film industry, following parents’ steps has become a trend. Various actors/actresses have followed their elders’ steps and gained popularity and support. Among others, Amai Zackary Wayans is also the one. It seems like she is struggling hard to pursue a career in the acting field and gain massive success like father, Marlon Wayans.

Marlon’s proudly lesbian daughter Amai Zackary has made her special thanks appearance in Netflix comedy film Sextuplets (2019). Amai’s father has worked as an actor, producer, and writer in the movie. Here are some interesting facts you need to know about Marlon’s child Amai.

The 21-years-old celebrity kid Amai is openly a lesbian. In her Instagram (Ig) bio, she writes, “sister-not a girl-2000. Lesbian.” Amai is very secretive regarding his personal life. He has not mentioned whether he is dating someone or is living a single life. Additionally, Amai Zackary has a private Instagram account.

Marlon is a very supportive father. He supports his lesbian daughter a lot. On June 3, 2019, Marlon posted a picture of Amai showcasing rainbow sole shoes. His posts read, “Happy pride to my pride and joy. I wouldn’t change one effing thing about you. Love you to the moon around the sun through the galaxies and back again.”

Additionally, the star kid Amai is focusing on his education. Amai Zackary joined the University of Southern California (USC) in 2018 and will graduate from the university in 2022.

Who Is Amai Zackary Wayan’s Mother?

Amai is the firstborn child of Scary Movie actor Marlon Wayans and his former wife, Angelica Zackary. The detailed information regarding Angelica is unknown as she has kept herself far away from the limelight. Marlon and Angelica began their romantic relationship in 1992.

After dating for more than a decade (13-years), Zackary and Wayans supposedly tied the wedding knot in 2005. The duo exchanged the wedding vow privately. So, the information regarding their marriage is also lacking. However, after marrying for eight years, in 2013, Marlon and Angelica divorced.

Even after the judicial separation, Marlon and Angelia are together. Wayans keeps on posting pictures of Angelica on his social networking sites. He wishes Zackary on her birthday, mother’s day and many other special occasions.

Amai has a younger biological brother named Shawn Howell Wayans. Shawn, who was born on February 3, 2002, graduated from The Buckley School. He is now attending Loyola Marymount University. The 19-years-old Shawn is a college basketball player. He has competed in various tournaments and has won.

Like Amai, Shawn is also receiving fame as a celebrity kid. He is also popular all over social sites. Shawn has more than 39 thousand followers in his official Instagram account as of December 10, 2021.

Father Is A Successful Hollywood Entertainer

Amai’s father, Marlon Wayan, is a successful actor, comedian, writer, and producer. Wayan has worked on various box-office hit movies. The 2000 parody film Scary Movie collected $278 million in its box office under the budget of $19 million. Marlon is the film’s writer, and he has also played the character of Shorty Meeks.

The Canadian actor Lochlyn Munro has also made his appearance in the film Scary Movie.

Similarly, Marlon’s other movies and TV shows credit includes G.I. Joe: The Rise of Cobra, Respect, A Haunted House, The Wayans Bros, White Chicks, The Ladykillers, and others. From the appearance, Marlon has earned an impressive sum of wealth as well as popularity.

Amai is not professionally involved in any works. So, she currently enjoys her father’s net worth. The 6-feet (184 cm) tall Marlon owns $40 million net worth. He collected these impressive sums of wealth from his successful acting, writing, producing career.