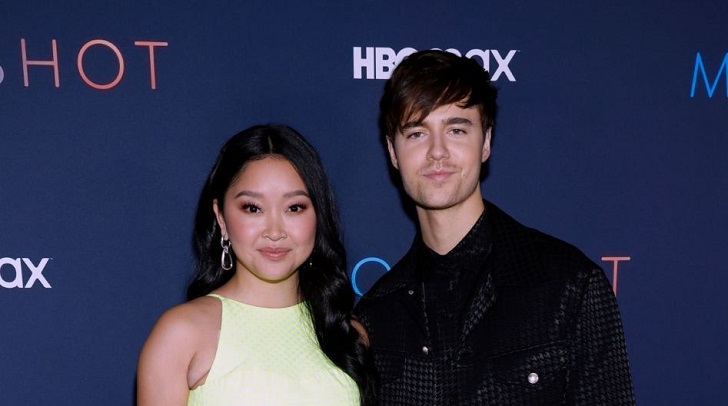 You might have watched the 2017 blockbuster film Pirates of the Caribbean; then you might be familiar with Anthony De La Torre. The American actor Anthony played Young Jack Sparrow in the swashbuckler film that collected $794.9 million at its box office.

Besides creating recognition as an actor, Anthony is also a singer and songwriter. The 5-feet-9-inch (175 cm) tall Torre is pursuing a better career in the entertainment industry. Anthony’s personal life is also making highlights all over the meida tabloids. Let’s get deep into his relationship status.

Created Gateway To Tie The Knot

The 28-years-old Anthony is happily engaged to his beloved girlfriend, Lana Condor. De La Torre romantically proposed to Condor on January 28, 2022. He popped the question with a diamond ring designed by the Candian Jewelry Company, Paris Jewellers. Lana, 24, also merrily accepted his proposal.

The lovebirds took Instagram to announce the news of their engagement. Revealing the news, Anthony wrote,

“That moment when you ask your best friend to be by your side forever… I’ve wanted to do this for 6 years. The easiest decision I’ve ever made was to ask this angel to be my wife. I’m so grateful to have designed this ring with the Vietnamese-owned @parisjewellerscanada every detail of the ring has purpose and means so much to us both. P.S. yes, that was my first time opening a bottle of champagne.”

Also, know the relationship status of Pirates of the Caribbean cast Chloe Pacey.

Similarly, sharing engagement pictures, Lana wrote, “Saying YES was the easiest decision I’ve ever made. I consider myself the absolute luckiest woman alive to live in your sphere. Aside from my father, you are the greatest man in the world, without a doubt. Emmy & Timmy said it’s about time mommy & daddy got engaged!!”

Who Is Anthony De La Torre’s Girlfriend-Turned-Fiancee, Lana Condor? When Did The Romance Start?

Like Anthony, Lana is also a successful actress who has been a part of the Hollywood Film Industry since 2016. The 5-feet-3-inch (160 cm) tall actress Condor is popular for playing Jubilee in X-Men: Apocalypse. Lana’s role as Lara Jean Covey in the To All The Boys film series is also appreciable.

Similarly, Anthony and Lara have jointly released official songs such as No One Can, Anyone Else But You and Nothing Like Heaven. The official music videos and lyric videos are available on Anthony’s Youtube channel, with more than 159 thousand subscribers.

The Lord of Chaos actor Anthony and Deadly Class actress Lana first met in 2015 when he approached her at a Hollywood event. After meeting for the first time, Condor and De La Torres began sharing a healthy bond and soon started their romantic relationship. In October 2015, Lana and Anthony made their relationship on the Instagram official. As of now, Anthony and Lana are living merrily raising their two pet dogs.