Beth Littleford has been one of the renowned members of the Hollywood Film Industry since 1996. Littleford has portrayed her role in numerous TV shows and movies; among them, her prominence rocketed to fame right after she got an opportunity to work as a correspondent on The Daily Show. 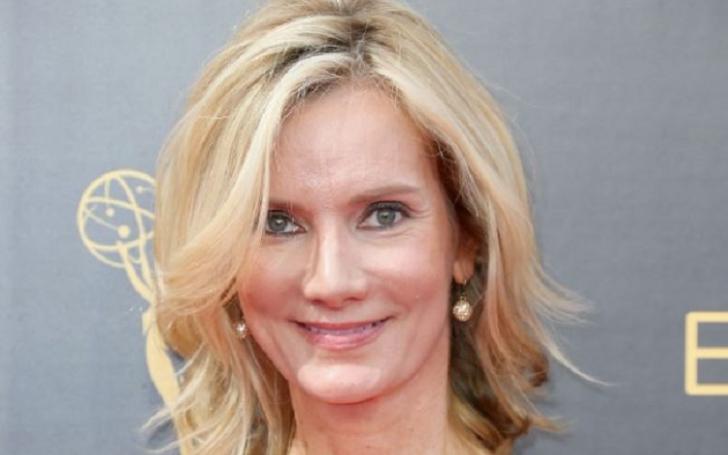 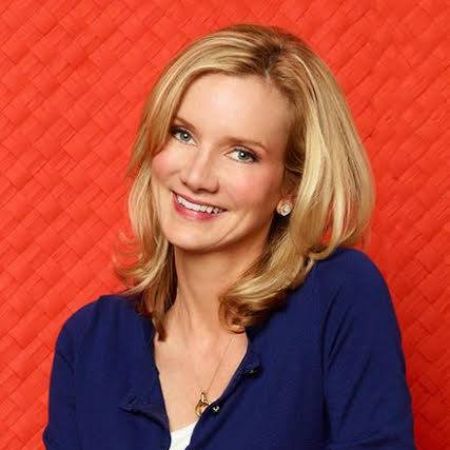 Beth Littleford has been one of the renowned members of the Hollywood Film Industry since 1996. Littleford has portrayed her role in numerous TV shows and movies; among them, her prominence rocketed to fame right after she got an opportunity to work as a correspondent on The Daily Show.

Beth is also known for her role in the TV shows like Dead To Me, Dog with a Blog, Method & Red, and I’m in the Band, among others.

Who Is The Husband Of Beth Littleford?

The 51-years-old actress Beth had a tragic divorce from her former spouse. Soon after her separation, many questions arise regarding who will be her next husband, will she date someone, or will she live a single life?

Well, clearing all the queries, as of now, the actress is openly & happily dating her beloved boyfriend, Jay Huddy.

As per Littleford’s Instagram post, Jay is a graphic video game designer who has created the app replay AR. Not only a graphic designer, but Jay is also happily fathering Beth’s children, who were born from her previous relationship. It is still unknown how and when Jay and Beth met one another.

But as per Beth, she and Huddy have been in a romantic relationship since 2015.

Once on June 22, 2019, she shared a picture with Jay captioning, “Happy early birthday and happy fourth anniversary to the divine gift of a man Jay Huddy,” which showcases that the two are dating and are celebrating their valentine’s blissfully.

The Dog with a Blog actress Beth was previously married to Rob Fox. Rob is the executive producer and director known for his work in The Daily Show, The Osbornes, Undercover Frat Brothers, Exec Board, and The Dark Knight Bings.

Fox, who completed his education at the State University of New York College at Oneonta, is a writer of the novel Buzzkill.

Fox and Littleford married back in 1998. From the marital relationship, the former pair shared one son Jackson Oliver Fox on January 30, 2005, and adopted a daughter Halcyon’ Hallie’ Juna (born on March 23, 2012).

The former pair were living merrily. Rob and Beth were parenting their children happily. But their differences began hitting their relationship. Later on, the two ended their 17-years long marital relationship in a divorce in 2015.

After the separation, Beth took custody of the two kids. As of now, Jackson and his little sister Hallie are living blissfully; they are also featured on many of the posts updated by their mother on her official social accounts.

Beth Littleford has an estimated net worth of around $1 million. The primary source of income for Littleford is her appearance in various movies and TV shows. From her incredible role, the actress and comedian Beth is earning fame, but she is also gathering a hefty sum of wealth.

The actress Lauralee Bell has also portrayed a role in CSI: Miami. 2011 romantic comedy movie Crazy, Stupid, Love collected $145 million in its box office collection under the production budget of $50 million, where an actress Beth has also portrayed the character of Claire.

Besides being an actress, she is also an author who has published the book titled Total Awareness: A Woman’s Safety Book.