Cynthia Addai Robinson is an American actress. She was born in London, United Kingdom. She has an estimated of $ 1 million net worth. She is a married woman her husband’s name is Thomas Hefferon. 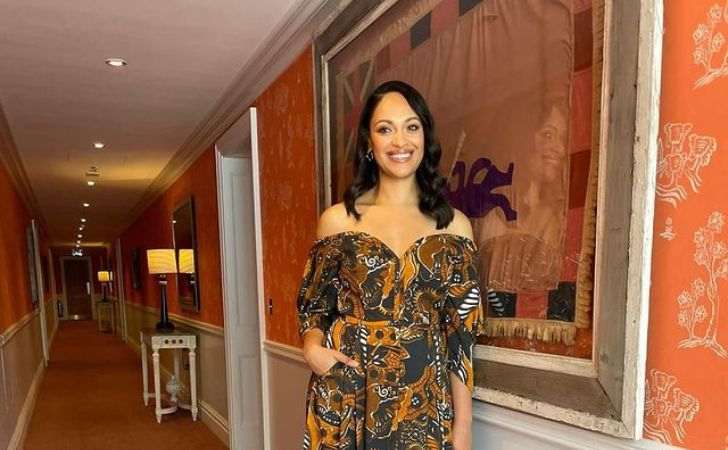 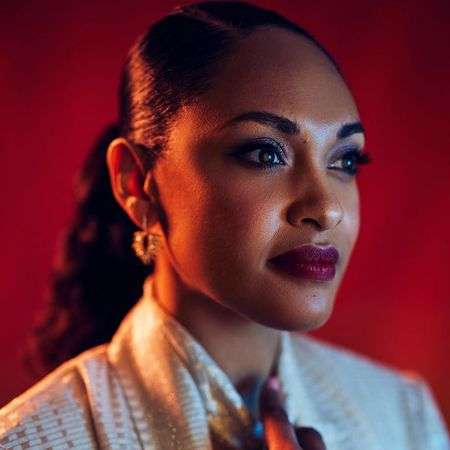 Cynthia Addai Robinson is an American actress. She is famous for her roles as Amanda Waller in Arrow, Naevia in Spartacus, and Nadine Memphis in Shooter. Cynthia is currently acting for The Lord of the Rings series, The Rings of Power. She plays the role of Tar-Miriel in the 2022 television drama series.

Let’s know more facts and information like Early Life, Career, Net Worth, and Relationship of the American actress Cynthia Addai-Robinson.

Cynthia Addai-Robinson was born on January 12, 1985. She was born and raised in London, United Kingdom. She was born to an American father and Ghanaian mother. Her parents parted ways when she was four.

Cynthia Addai-Robinson as a kid, always wanted to become an actress. So, she started attending ballet and jazz, and tap dance classes.

After that, she decided to try her luck in her acting career. So, she started participating in school plays while attending the Montgomery Blair High School in Silver Spring, Maryland.

After completing and graduating high school, She decided to take professional acting training and moved to New York soon. However, She even joined the highly respected Tisch School of the Arts at New York University and earned a Bachelor of Arts degree in Theater Studies.

The Career of Cynthia Addai Robinson

Cynthia Addai-Robinson started her career in 2002. She participated in several Off-Broadway plays, and Cynthia got her first role on television in one of the episodes of The Education of Max Bickford.

In the following years, She got minor roles and appearances on TV series like Law & Order: Trial by Jury, CSI: Miami, Numb3rs, and Justice.

She acted in a side role until 2009 When she got her first recurring role as the nurse Debbie in the ABC drama FlashForward. The same year she was also seen in the film Mississippi Damned in the part of Milena.

In 2011, she was more recognized for her big screen debut as the mother of Zoe Saldana’s role in the movie Colombiana. Also, know about the career of the celebrity mother, Elizabeth Woods.

Cynthia had her most significant role in 2012-2013 when she got to act in the third season of Spartacus: Vengeance and the fourth season of Spartacus: War of the Damned as Naevia. In 2013 she also played Aja, a powerful witch, in The Vampire Diaries for just two episodes.

In 2014 she was part of the History Channel’s 2015 miniseries Texas Rising as Emily D. West. Her performance in the miniseries was nominated for Best Actress in a Drama Series at the Women’s Image Network Awards.

She was also part of the 2016 action-thriller movie The Accountant. In 2022, she is part of the television series, The Lord of the Rings: The Rings of Power.

The Accountant is a 2016 American action-thriller movie. Gavin O’Connor gave the direction to the cinema, whereas Bill Dubuque wrote the storyline of the movie. The movie stars Cynthia Addai Robinson, Jon Bernthal, Ben Affleck, Anna Kendrick, and J. K. Simmons.

The Story of the movie follows Christian Wolff, a certified public accountant with high autism who makes his living off of uncooking the books of a criminal and terrorist organization. Around the world, that is experiencing internal embezzlement.

The Accountant premiered in Los Angeles on October 10, 2016. However, the movie was theatrically released in the United States of America by Warner Bros Pictures on October 14, 2016.

The movie’s budget was $44 million; the film was very successful and a hit. However, The movie grossed worldwide $155.2 million.

The Relationship of Cynthia Addai-Robinson

Cynthia Addai-Robinson is a married woman. There was no record or any news that came out of her dating anyone. Until now, She is dating a fellow actor and filmmaker Thomas Hefferon. They started dating in 2018. They have been together for four years and eight months.

Thomas Hefferon is a 40 years old man. He is an Irish Director and actor. Thomas was born on January 3, 1982, in London, United Kingdom. Even though he was born in London, he was raised in Dublin, Ireland.

Even Though Cynthia is very secretive, she does not like to reveal her love affairs and other personal details.

But her husband, Thomas Hefferon, has posted pictures of them at their wedding and tagged her with a lengthy caption. That’s how their relationship and marriage were publicized. The couple tied the wedding knot in 2020.

The Net Worth of The Accountant Cynthia Addai-Robinson

Cynthia has an estimated $1 million net worth. However, she lives a luxurious lifestyle of a millionaire with her husband and her family.

The beautiful actress Cynthia has a slim build body. She stands at 5 feet and 6 inches which equals 1.68m. Cynthia weighs about 55 kg which equals 121 lbs. The actress has beautiful tanned skin and beautiful black hair, and a pair of brown eyes. Her body measurements are 34-24-35 inches.

Talking about her husband, Thomas, he was born on January 3, 1982. However, he is 40 years old. His zodiac sign is also Capricorn, like her wife.

She is very active on her Social media. Especially on her Instagram account. She posts several pictures of herself in award shows and red carpet events.

For more celebrity content, please visit our page, Favebites. If you have any queries about this particular article, please leave them in the comment section below.