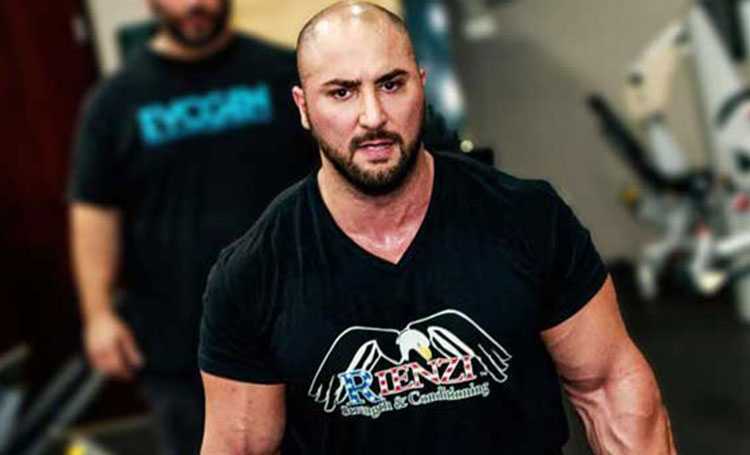 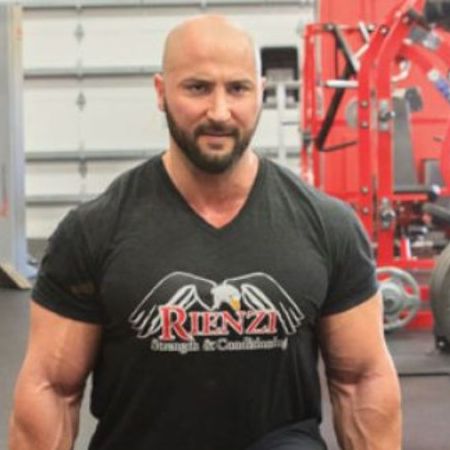 The celebrity partner often gains the limelight for being in a relationship with them. But few people are better known for their work.

Just as Dave Rienzi, a 35-year-old professional bodybuilder, is famous as the owner of Rienzi Strength and Conditioning. Besides his professional glitz, Dave gets media attention for his married life with American producer Dany Garcia.

Dave is the ex-wife of Hollywood superstar Dwayne Johnson better known by his ring name, The Rock. Not only a friend but both Dave and Dany are good friends of Johnson. Dave currently works as a strength trainer for Dwayne.

Not only in his professional life, but Dave also successfully lived a happy marital life. He tied the knot with an American film producer, Dany Garcia, on March 29, 2014.

The wedding ceremony was held lavishly and greatly in Orland, Florida, USA. Many of the celebrities also attended their wedding event.

On the big day, Dany looked stunning in her designated strapless white gown. Moreover, she finishes her bridal look by wearing diamond earrings.

Likewise, the groom chooses black suit pants, a white shirt, and a black tie on his wedding day. As soon as the marriage took place happily and successfully, as of 2019, the celebrity couple is living together, sharing a good bond.

The couple is enjoying their married life well as Dave posted an image together on March 29, 2022, on the occasion of their wedding. He wrote:

They even feature one another on their official social networking accounts. Similar know more about MMA fighter Ashlee Evans’s blissful relationship.

Before tieing the knot with bodybuilder Dave, Dany was a married woman. She was the wife of a professional wrestler, Dwayne Johnson, who is also a personal trainee of Dany’s now-husband, Dave Rienzi.

Dwayne and Dany tied the knot back on May 3, 1997; they were also college sweethearts. After sharing a marital life, they also became parents to their child, a daughter, Simone Johnson (b.August 2001).

Everything was going fine, but the couple decided to split up their relationship and finally divorced on May 19, 2008.

Sharing A Good Bond Even After A Separation

Even after an unfortunate split-up, Dany and Dwayne share a good bond like a friend and manage the production company ‘Seven Bucks‘ together.

The company has produced films like Baywatch, Fighting with my family, and many others. Not only that but the former pair are also spotted in many events and programs together.

Moreover, Dwayne’s daughter Simon is under the custody of her mother and step-father, Dave, and seems delightful about it.

Dave Rienzi Net Worth and Income

The American bodybuilder and trainer have an estimated net worth of $2 million which he has gathered from his professional life.

As per the Payscale, an average remuneration of a professional bodybuilder in the USA is $50,000 per annum. Likewise, the personal trainer earns between $42,000 and $72,000 annually in America.

Video: Official Trailer Of The Movie Fighting With My Family (2019)

So, Dave might receive around $60,000 salary per annum as a personal coach of Dwayne Johnson. Additionally, Rienzi also trained actor Henry Cavill.

Dave likewise, his wife Dany Gracia has a total net value of $70 million, which she has accumulated throughout her professional producing life. Almost thrice more than producer John Leguizamo‘s wife, Justine Maurer.

Some of the movies she has produced are listed below, along with their box office collection,

Dany, likewise, her previous husband, Dwayne, has assets of $280 million. Another actor, Kristofer Hivju, has a net worth of $3 million.

So overall, looking at her income, Dave is not just living but living a life of riches filled with luxury. For Further Updates, Stay Tuned With Favebites.