David Smith was an American abstract expressionist sculptor and painter who created large steel abstract geometric sculptures. His full name is Roland David Smith. On March 9, 1906, he was born to his father and mother. Unfortunately, He died in a car crash near Bennington, Vermont, on May 23, 1965, when he was 59 years old. 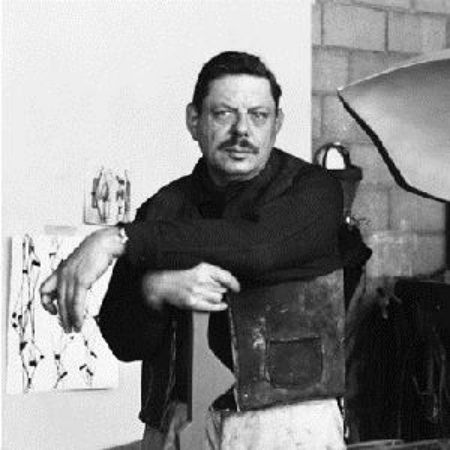 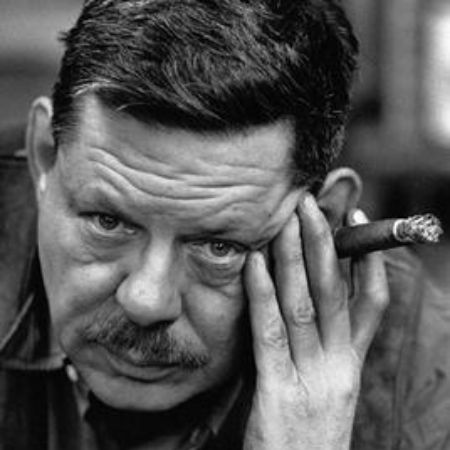 The early Life of David Smith

David Smith was born in Decatur, Indiana, in 1906 and moved with his family to Paulding, Ohio, in 1921. Smith’s mother was a schoolteacher, while the artist’s father managed a telephone company and was an amateur inventor.

Smith was the great-grandson of a blacksmith, and of his childhood, the artist recalls, “we used to play on trains and around factories. I played there just as I played in nature, on hills and creeks.”

Let’s talk about hus education qualifications; from 1924 to 25, he attended Ohio University in Athens and the University of Notre Dame.

Smith left college after only one year and, in 1925, began working at the Studebaker automobile factory in South Bend, Indiana. There, Smith learned soldering and spot-welding techniques that he would use throughout his artistic career.

In between, Smith took a summer job working on the assembly line of an automobile factory. Then he briefly studied art and poetry at George Washington University in Washington, D.C.

David’s work and his professional career

Smith moved to New York in 1926 and enrolled in classes at the Art Students League, where he met Jan Matulka, a Czech abstractionist. Through Matulka, Smith became familiar with the work of Piet Mondrian, Wassily Kandinsky, and the cubists.

By the early 1930s, Smith had begun incorporating found objects such as shells, bones, wood, and wire into his paintings, adding depth and transforming them into sculptural reliefs.

Soon after that, he began constructing welded steel sculptures. For this work, he is the best. Smith developed friendships with other avant-garde artists, including Willem de Kooning, Arshile Gorky, and John Graham.

Graham, a painter and critic, introduced Smith to the welded sculptures of Julio Gonzáles and Pablo Picasso, which made a tremendous impression on the artist.

By 1934, he had settled into a “studio” at Terminal Iron Works, a foundry in Brooklyn. He constructed innovative and remarkably diverse sculptures from used machine parts, scrap metal, and found objects.

Throughout his career, Smith’s largely abstract work evoked the figure. His sculptures were often executed in series and fully explored particular ideas about materials and composition.

At fifty-nine, David Smith’s career became cut short when he died in a tragic automobile accident.

His painting and drawings

Smith continued to paint and draw throughout his Life. By 1953, he was producing between 300 and 400 drawings a year.

His subjects encompassed the figure and landscape and gestural, almost calligraphic marks made with egg yolk, Chinese ink and brushes, and, in the late 1950s, the “sprays.”

However, he usually signed his drawings with the ancient Greek letters delta and sigma, meant to stand for his initials. In the winter of 1963-64, he began a series known as the “Last N*des.” The paintings in this series are essentially drawings of nudes on canvas.

He drew with enamel paint squeezed from syringes or bottles onto a canvas spread onto the floor. Untitled (Green Linear Nude), painted in a metallic olive green enamel, exemplifies the artist’s late action paintings.

At the Willard Gallery in New York, Smith’s first solo show of drawings and welded-steel sculptures was held in 1938.

More on his art!

Smith’s sculptures were included in two traveling exhibitions organized by the Museum of Modern Art. In New York, they were shown at the Whitney Museum of American Art’s Annual exhibition.

Smith represented the United States in the 1951 São Paulo Art Biennial and at the Venice Biennale from 1954 to 1958. From 1953 to 54, six of his sculptures were included in an exhibition organized by the Museum of Modern Art, New York, that traveled to Paris, Zurich, Düsseldorf, Stockholm, Helsinki, and Oslo.

MoMA gave him a retrospective exhibition in 1957. Until the spring of 1963, the MoMA organized an exhibition of fifty Smith sculptures that traveled throughout the United States In 1961.

At the Los Angeles County Museum of Art, “David Smith: Cubes and Anarchy” took a thematic look at the sculpture Smith produced between the Depression years and his death. Also, you can read Ben Shattuck.

Was David Smith in a Relationship?

If you don’t know then, let’s me know about it,

David Smith was an American abstract expressionist sculptor and painter born on March 9, 1906. Moving to New York in 1926, he met Dorothy Dehner, an American painter and sculptor—born on December 23, 1901, in Cleveland, Ohio.

Talking about their relationship, after a relationship of three years, they tied the knot in 1927. According to the research, Smith had a good relationship with Dorothy Dehner. They had lived together for 25 years. As of the different sources, they had no children.

Smith often worked in series. He is perhaps best known for the Cubis, among the last pieces, he completed before his death. The sculptures in this series are made of stainless steel with a hand-brushed finish reminiscent of the gestural strokes of Abstract Expressionist painting.

The Cubi works consist of arrangements of geometric shapes, which highlight his interest in balance and the contrast between positive and negative space.

Before the Cubis, Smith gained widespread attention for his sculptures, often described as “drawings in space.”. He was originally trained as a painter and draftsman, and sculptures such as Hudson River Landscape (1950).

The Letter (both 1950) blurred the distinctions between sculpture and painting. These works use delicate tracery rather than solid form, with a two-dimensional appearance that contradicts the traditional idea of sculpture in the round.

Also, David Smith is known for “The Letter” from 1950; both were designed to break down the barriers between sculpting and painting. Also, you can read Eleanor Boorman.

Talking about his networth, he was one of Indiana’s most popular and richest celebrities. As of his hardworking, his net worth estimates to be around $268 million. 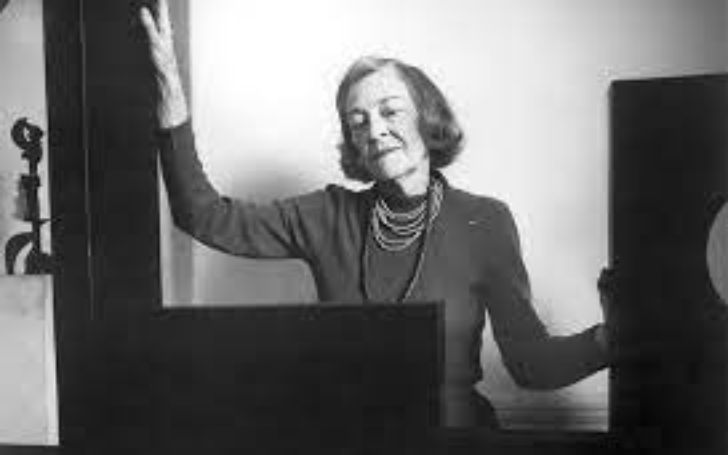