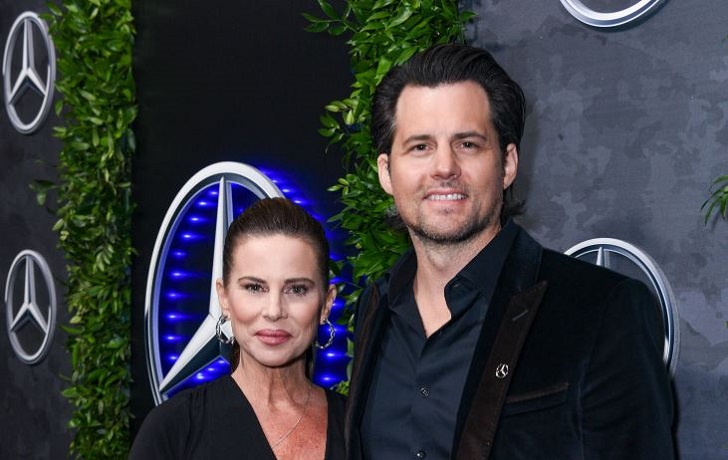 The beautiful South Carolina native Julianne Morris is attracting people with acting skills and credits. Morris’s recurring role as Greta Von Amburg in the NBC daytime soap opera Days Of Our Lives is loved by everyone. Similarly, the actress is recognized for performing Amy Wilson in The Young and the Restless.

Julianne was born to the American Morris family on May 8, 1986, in Columbia, South Carolina. Later, her parents moved to Windermere, Florida, raising her and her elder sibling. With the dream of making a successful acting career, Julianne attended the North Carolina School of Arts. Later, she joined the American Academy of Dramatic Arts.

To date, Julianne has performed in several popular television shows, making her one of Hollywood showbiz’s proficient and prosperous actresses. But, do you know what her present relationship status is? Is the actress’s love life as flourishing as her professional life? Know about it in the following paragraphs.

The 54-years-old Julianne Morris is the one who is living a blissful marital life. The Baywatch Nights star Morris exchanged her wedding vows with Kristoffer Polaha on June 7, 2003.

Know the relationship status of Days of Our Lives actor Matt Cedeno.

Julianne looked gorgeous in her thin strap cowl gown with a floor-length veil. She chooses a low-bun hairstyle wearing drop earrings and a simple neckpiece. Kristoffer wore a grey tuxedo to walk down the wedding aisle with Julianne.

Since that day, Julianne has been living a merciful marital life with her spouse Kristoffer. They recently celebrated their 19th wedding anniversary in June 2022. Mrs. Polaha is not an active social media user, but Kristoffer never skips a chance to share pictures with her on his official social networking sites. Mr. Polaha wishes her on their anniversary, sharing an adorable video, writing, “Happy 19th anniversary, babe. You are the love of my life.”

The 45 aged Nevada native Kristoffer Polaha is also pursuing a career in acting. Polaha, who received a Bachelor of Arts degree from New York University Tisch School of Arts, has been performing in movies and TV shows since 2001. Kristoffer is known for playing Travis Burke in the Hallmark movie Mystery 101, where actress Louriza Tronco has also performed.

Additionally, Kristoffer won the Jury Award for Best Actor at the Seattle Shorts Film Festival. Similarly, Polaha has co-authored books such as Where the Sun Rises and Moments Like This (2021).

The Polaha brothers, Kristoffer Caleb, 18, Micha, 16, and Jude, 11, live with their celebrity mother and father. The siblings who made their presence in some high-profile events with their parents are also gaining fame as star kids. Likewise, they also feature on their father Kristoffer’s Instagram and Facebook uploads.