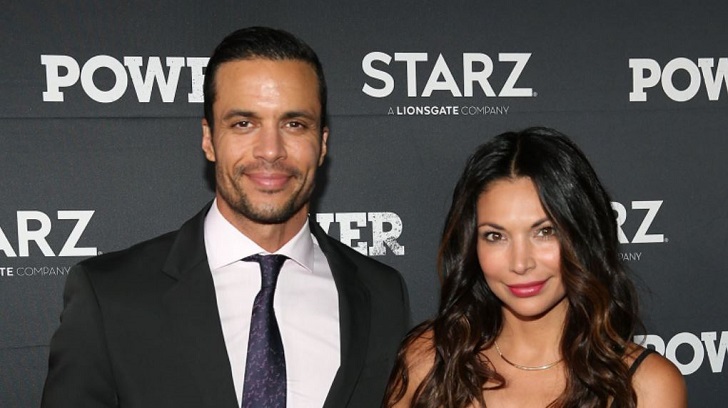 The Moses Lake, Washington native Matt Cedeno is captivating fans through his acting credits. The American actor Matt has been a part of the Hollywood Film Industry since 1997. He played Kyle in his debut TV series Life With Roger.

Matt, a 6-feet-2-inch (188 cm) tall actor, is popular for playing Brandon Walker in the NBC daytime soap opera Days of Our Lives. Cedeno also received ALMA Awards-nomination For Outstanding Actor in Daytime Drama. His other leading role as Javier Vasquez in the action-horror comedy-drama series Z Nation is also appreciable.

The professional actor Matt belongs to a mixed ethnic group, Afro-Cuban from his father’s side and Irish-English from his mother’s side. Furthermore, Matt has a big brother named Ray Cedeno. Now, let’s see the detailed information regarding Cedeno’s personal life in the following sections.

Who Is Matt Cedeno’s Wife?

Similarly, Matt and Erica have featured in Melissa & Joey (2011). On the ABC sitcom, Matt has played the role of Gustavo Carvalho, and Erica has portrayed the role of Elaine. Moreover, actress Shalita Grant has also made her appearance in the sitcom.

Erica received her Bachelor’s Degree in Public Relations, Advertising, and Applied Communication from Illinois State University. Besides, actress Franco is the co-founder and creative director of Body Language Sportswear, an activewear line.

Similarly, Erica also co-hosts Entertain Her Podcast. Likewise, she is launching a baby clothing line called ‘Elyella.’ Moreover, Erica’s Linkedin profile suggests she worked as a model for Wilhelmina Models from 2003 to 2011.

In A Marital Relationship Since 2009

The Power actor Matt and Erica exchanged the wedding vows in an intimate ceremony held in front of their close ones. The bride chooses to wear a strapless gown on her big day. On the other hand, the groom Matt dash the look wearing black suit pants and a white shirt.

Since the wedding day, Mr. and Mrs. Cedeno share a healthy bond as perfect married duos. Matt and his wife Erica are soon celebrating their 13th wedding anniversary, and the bond is getting string day by day. Wishing her husband Matt on their 12th wedding anniversary, Erica wrote, “And still flexing, driving me even more in love!!! Happy 12th Anniversary, my love ofLifeLife Forever.”

Erica and her husband Matt jointly make their appearance at public events. They also visit exotic places together and never miss a chance to share adorable pictures on their Instagram accounts.

From the strong marital solidarity, the Ambitions actor and his spouse Erica shared two adorable kids. In May 2013, Franco shared the pictures flaunting her baby bump. Later, she gave birth to their first child, a son, Jaxon Cruz Cedeno, on August 7, 2013.

Later, Matt and Erica welcomed their second kid, a daughter, Aviana Jaselle Cedeno, on April 28, 2018. As of now, Jaxon, 8, and his younger brother Aviana, 4, are living merrily with their celebrity parents. They are also gaining fame as celebrity kids.

The Devious Maids actor Matt and wife Erica are jointly parenting their two adorable kids. Likewise, they also share pictures with their children on their Instagram handles. The Cedeno family of four live in Los Angeles.