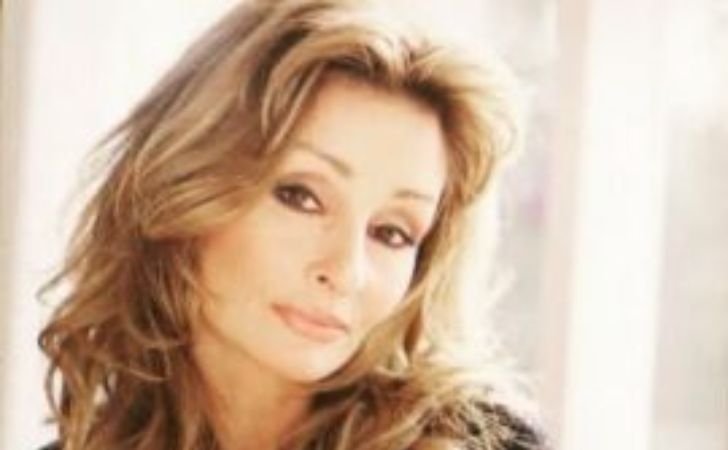 Vince Gill is America’s celebrated country music singer and songwriter who has won 22 Grammy awards. Further, he married Janis Oliver, a popular name in the musical industry. Oliver is the duo of Sweethearts of Rodeos with her sister Kristine Arnold.

Janis Oliver and Vince Gill were married for seventeen years. However, their long-term marriage ended due to Vince’s extramarital affair with his colleague. Eventually, Janis divorced him in 1997 and lived separately. Both the pair have given numerous hit songs to the country.

But, after marrying, Janis somehow’s musical career couldn’t thrive that much. Janis has a child with Vince named Jennifer Jerene Gill, born in 1982. What’s more, did Oliver move on with her life after her divorce? Where is she now? Let’s dig into the below article and learn everything about Vince Gill’s first wife.

Janis Oliver was born on March 1, 1954. The singer is 68 years old; her 69th birthday is soon approaching. Further, the singer first opened her eyes in the South Bay region of Los Angeles, California.

Despite her blooming musical career, her parent’s details remain hidden. But, Oliver grew up with her sister Kristine Oliver Arnold in Manhattan Beach, California.

While studying in elementary school, Oliver and her sister found their passion in singing. So, they often sing and play musical instruments at their school events.

As a teenager, both the sisters started to perform bluegrass music. Later, the Oliver sister formed a band, Sweethearts of the Rodeos, and signed a Columbia Records contract.

Through their band, they marked themselves as successful country singer and songwriter. Further, the sister duo released eight albums and twelve EP singles. Their songs like Midnight Girl, Sunset Town, Chains of Gold, Satisfy You, Blue to the Bone, and others. Their songs even chartered in the Top Ten list.

At 68, the singer is living her life to the fullest. She is the grandmom of two adorable kids from her only daughter. Her daughter Jennifer has married her childhood beloved Josh Van Valkenburg.

Jennifer and Josh tied the knot in her hometown Nashville on May 8, 2010. Jennifer also is a singer who inherited her talent from her parents. Moreover, Josh is a managing artist and reporter for EMI music company.

Likewise, the couple was blessed with two very adorable kids, Wyatt and daughter Everly June. After giving birth to her first child, Jennifer first released her debut album in 2016. Like any other celebrity, she wants to thrive in the industry independently, not by her parents’ name.

The singer has a net worth of million dollars.

The singer has marked her name in the musical pathways. Janis has fully accomplished her musical career by learning to play guitar early and singing in several stage shows. Besides, she has also pursued her career in acting.

She has played in a handful of films like Maverick, My Three Sons, and Hee Haw. Other than this, musical tours, stage performances and live shows have further helped in earnings of Janis. But, most importantly, her music career with her band helped her accumulate most of her earnings.

As of 2022, the singer has a net worth of $2 million. Hence, she is living a luxurious life in her late sixties. Similarly, her ex-husband is a multimillionaire whose net worth is $30 million.

On top of that, he is also America’s only winner of 22 Grammy awards in 44 nominations in his career. In addition, he has been honored with three Hall of Fame walks.