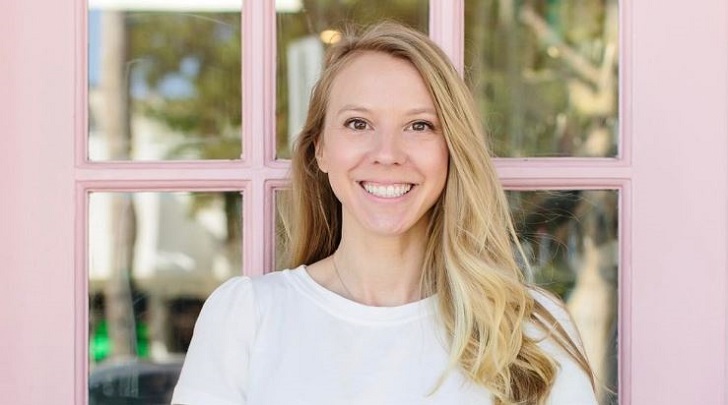 Rachel Huntington is the longtime wife of the American actor, Sam Huntington. Rachel is the one who grabs media attention after sharing her intimate life with Sam. But, her introduction does not end there. Rachel is also an entrepreneur who successfully runs her business and is listed in the Forbes “inspiring entrepreneurs,” Next 1000 lists.

Huntington is an exemplary businesswoman; for those who aspire to pursue a business. Here are some of the facts you need to know about Rachel.

Rachel Huntington, A Native Of Texas

The entrepreneur was born Rachel Klein in Texas, USA, to the American Klein family. She celebrates her birthday on July 19, but her exact birth year is missing. Also, the details of Rachel’s parents and siblings are unknown.

After completing high school, she enrolled at The University of Texas at Austin in 1998. After four years, she received a degree in Pre-Medical Studies in 2002. Concerning Rachel’s work experience, she worked as a TV Talent at William Morris Endeavour (WME).

Similarly, Rachel was a Feature Development at Warner Bros Entertainment, Greater Los Angeles Area. Likewise, her Linkedin profile suggests she is the founding member of Chief and the member of Female Founder Collective.

Rachel is the proud owner, Chief Executive Officer (CEO), and Creative Director of Bonjour Fete, Los Angeles, which English meaning is Hello Party! Rachel founded the company in 2014 in her basement that supplies decorative and other party necessities. The business is now growing towards success.

As per its official site, it is a “premium party and gift boutique offering a curated and inspired solution for your everyday and holiday hosting needs. Our party shoppe features a handpicked selection of high-quality tableware, party decor, favors, and gifts brought to you from around the globe.“

Rachel’s husband, Sam Huntington, is an American actor famed for playing Jimmy Olsen in the superhero film Superman Returns. Also, the leading character of Josh Levinson in Being Human is popular. For the comedy film Jungle 2 Jungle, the 5-feet-10-inch (178 cm) tall Sam received Saturn Award for Best Performance by a Young Actor.

The businessperson Rachel and Good Girls actor Sam tied the wedding knot in August 2006. Their wedding ceremony was held in attendance of their close ones. The details of their wedding lacks as they walked down the aisle privately.

Also, read about the marital details of entrepreneur Patricia Southall.

On August 12, 2020, Sam shared a picture with his wife from their wedding, wishing Rachel on their anniversary, writing, “14 years ago today I married this lady and then took some shots. It was the best day ever. Happy Anniversary sweetheart. I’ll love you all the way past forever.” As of now, Mr. and Mrs. Huntington have been married for 16 years.

Mother Of A Son And A Daughter

Later, Rachel and her husband welcomed their second child, a daughter, Audrey Huntington, in February 2012. The husband-wife duo is jointly parenting their beloved kids. The Huntington kids are living in the limelight like other star kids. They often make their appearances in the parents’ social media posts.