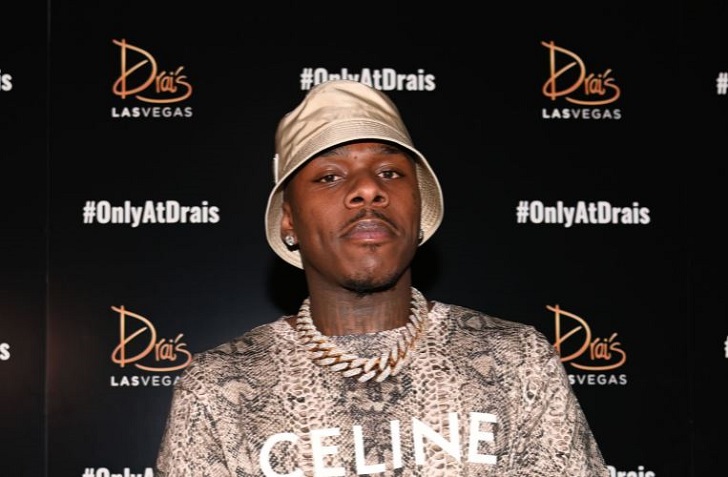 DaBaby, whose birth name is Jonathan Lyndale Kirk, is a renowned rapper of all time. DaBaby has released three studio albums (Baby on Baby, Kirk, and Blame It on Baby). All of the albums have received RIAA Platinum Certifications. It includes songs such as Suge, Rockstar, Baby Sitter, etc.

From the thriving rapping career, DaBaby gathers immense popularity. He is also earning an impressive sum of wealth, currently enjoying a net worth of $6 million. However, the rapper has been in legal charges. Know about the cases in the following sections.

In January 2021, the Levitating rapper DaBaby and his entourage were arrested at Rodeo Drive in Beverly Hills. TMZ reports cops surrounded him and his crew after a suspect of carrying a firearm. However, the Los Angeles County District Attorney dropped the case after lacking enough evidence.

The rapper’s lawyer Drew Findling react to the court decision saying, “We’ve been 100% confident in Mr Kirk’s innocence since the day of this incident and are appreciative that the Los Angeles District Attorney’s Office has made a similar determination.”

DaBaby also thanked LA county judgment via Instagram post. On March 8, 2022, he shared a photo of himself, captioning, “GOD IS GREAT. Shoutout to the DAs of L.A county for this good judgment call. IT WASN’T MINES. That wrongful arrest cost me a few million & some endorsement opportunities, but it’s all good I ain’t tripping.”

In the 2021 South Beach, Florida evening shooting incident, the BET Awards-winning rapper DaBaby and his safeguards suspect to be involved. Two people whose identity is unclear were injured in the gun battle.

As per Local 10 News, the victims were taken to Jackson Memorial Hospital’s Ryder Trauma Center. Later, the Miami South Beach police arrested Christopher Urena and Wisdom Awute for attempting first-degree murder. The report claims that Wisdom was one of the guards of DaBaby.

The 30-years-old rapper is under investigation for fighting with Brandon Bills, his former girlfriend DaniLeigh’s brother. For the information, DaBaby has a daughter with American singer and songwriter, DaniLeigh.

Brandon, also in music, filed a lawsuit against the rapper. The Grammy Award-winning rapper Kirk and his crew attacked Bills in Los Angele’s bowling alley in February 2022. The video of DaBaby assaulting Bills went viral. The police are investigating the case.

It seems like a fight between DaBaby and Brandon started after the rapper charged Danliegh for assaulting him in late 2021. Also, Brandon took Instagram to support his sister and warn DaBaby regarding their fight. In an Instagram story, Bills said, “See what happens between me and you. I wanna see how much of a gangsta you are. How much of a real man you are.”