Hazel Moder, Julia Roberts Daughter: Everything You Need to Know 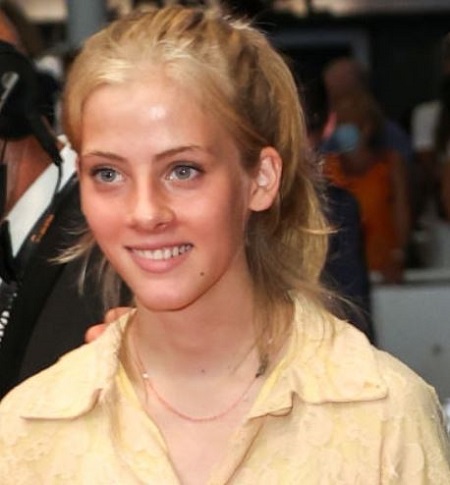 To be born into a celebrity family might be considered a boon. Because right after birth, they are circulated by paparazzi and gain media attraction. Hazel Patricia Moder, aka Hazel Moder, is also gaining attention as other star kids receive.

The celebrity daughter Hazel is living a limelight life. All credit goes to her celebrity parents, Julia Roberts and Daniel Moder. Now, let’s know about Hazel in the following section detail.

As mentioned above, Hazel has been living a spotlight life since her birth. She is the only daughter of Hollywood actress Julia Roberts and her husband, Daniel Moder. Her uncle Eric Roberts, aunt Lisa Roberts Gillan, and cousin Emma Roberts are all actors.

Further, Hazel attends Our Lady of Mercy School in Los Angeles, where she participates in various sports events.

Hazel Moder, An Elder Sister And Has A Twin Brother

After meeting for the first time in the comedy film The Mexican, Julia, and Daniel shared a good bond. Later, they exchanged wedding vows in New Mexico on July 4, 2002. After a two-year-long marriage, Mr. and Mrs. Moder became parents for the first time, sharing twins.

Julia and her husband Daniel’s twins, Hazel and a son, Phinnaeus Moder, were born on November 28, 2004. As of now, the 17-years-old Hazel and Phinnaeus share a good bond. Like Hazel, Phonnaeus is also earning media recognition as a celebrity son.

Besides Phinnaeus, Hazel is also a sister to her younger brother, Henry Daniel Moder (b. June 18, 2007). The Moder siblings live with their parents merrily.

Likewise, Daniel and his wife Julia are also jointly parenting their kids. Additionally, they can sometimes be seen at public events.

Hazel made her debut red carpet appearance along with her father, Daniel. On July 10, 2021, Hazel and Daniel attended the premiere of the 2021 drama film Flag Day. In the movie, Daniel works as a cinematographer.

The event was held at the 74th Cannes Film Festival in Cannes, France. Hazel appeared in a simple floral pattern ankle-length dress with black shoes. She did a messy ponytail for her blonde hair.

Likewise, Hazel has made her appearance in the romantic dramedy film Mother’s Day. In the movie, her mother, Julia Roberts, portrayed the leading role of Miranda Collins.

Hazel Moder’s Parent celebrated their 19th wedding anniversary over the Fourth of July weekend. Both Julia and Danny took to Instagram to gush about their better half. Read More: Patrick Lovato

The husband and wife met on the set of The Mexican back in 2002. They were in relationships at the time, as Julia was dating Miss Congeniality star Benjamin Bratt, and Daniel was married to make-up artist Vera Steimberg.

Besides, the pair tied the knot in 2002 at Julia’s ranch in New Mexico. However, they have always kept details about their special day under wraps.