Jac Vanek is an American Businesswoman who is also popular for co-hosting podcasts with two other female hosts. She has a clever mind for business and has sharp communications skills. That’s why many people love and admire her products. 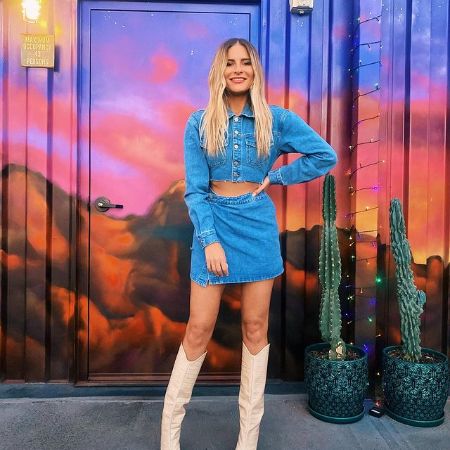 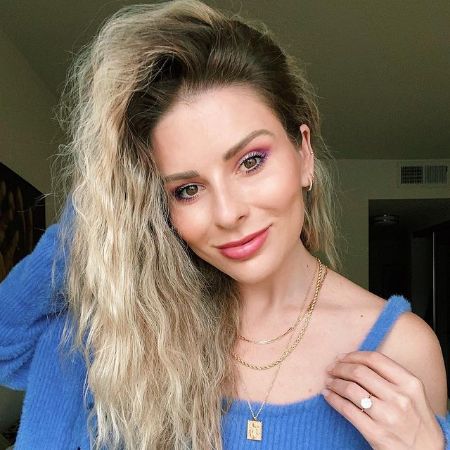 Jac Vanek is a podcast broadcaster and businesswoman most popular for being a member of LadyGang. In addition to running her own business, Jac has become well-known for co-hosting podcasts with two other female hosts. The team has received widespread acclaim and is set to star in their reality show.

She was born in California in 1987, has American citizenship, and is of White ancestry. The Businesswomen earned a bachelor’s degree in Design and Media Arts from UCLA.

She has a clever mind for business and has sharp communication skills. That’s why many people love and admire her podcasts.

Furthermore, May Vanek, Jac’s mother, gave birth to her. Her father’s name has remained a mystery.

Career and a Net worth of The Businesswomen

Jac Vanek got her first taste of pop-punk culture while attending her first concert in high school, which eventually became the foundation for her distinctive rough designs.

She created her first bracelet at UCLA and launched her firm, Jac Vanek and began selling clothing at music festivals across the United States.

She currently runs her own business as the CEO and founder. The Businesswomen is also well-known for being one-third of LadyGang.

The LadyGang, the group’s podcast, is well-known. Keltie Knight and Becca Tobin are among the other members. Jac is also a contributor to another podcast called The First Degree.

The female podcast host is a strong woman who prefers to think for herself. Her outgoing personality and love of the arts and music have helped her survive, compete, and grow in this toxic world. She makes enough money to live a happy and comfortable life.

On its website, LadyGang also sells its range of products. She also used to sell accessories that the people most loved. They will also star in their reality TV show, LadyGang, which will air on E!.

Moreover, Jac’s net worth is about $2 million, similar to That of American Business Manager Katie Collinsworth.

Relationship Status of The LadyGang Member

With her podcast and business, Jac Vanek has become an internet celebrity. Similarly, many of her fans want to know if the entrepreneur has someone important at her side.

If you didn’t know, the Businesswomen is dating a singer named Jared Monaco. He is a member of Maine and plays guitar.

Jac and her boyfriend have been dating since 2018, but they first met in 2009 and became friends. Her partner took a photo of her on their third anniversary and captioned it with the cutest caption.

“I’ve been with my ABSOLUTE COMPANION for three years. We went on a RAMPAGE at the craps table right after this glamour picture. It’s rather appropriate. It appears like my luck has been on my side lately. “I LOVE YOU, JACQUELINE,” He wrote.

Jac is also not shy about sharing images of her lover and has done so on numerous occasions, such as birthdays and Valentine’s Day. Her boyfriend prepared an online party for her recent birthday that featured games, friends, alcohol, and other activities.

Furthermore, There has been no word about Jac and her boyfriend getting married. We won’t be surprised if the news makes the front pages.